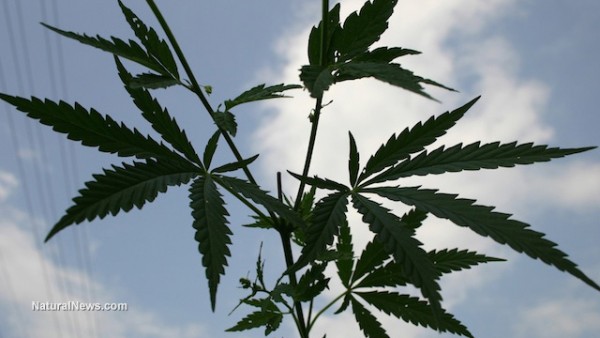 Heart-wrenching stories of individuals cured by cannabis oil continue to emerge in the media, demonstrating the powerful healing properties offered by an all-natural remedy now recognized as a medical drug in 15 U.S. states. The benefits of CBD oil have been proven time and time again, convincing legislators both in the U.S. and Canada that it should not be withheld from those in desperate need of it.

Made simply from a sizable amount of pot, a bucket and a solvent, CBD oil has proven effective for treating a variety of serious ailments including cancer, Alzheimer’s disease, epilepsy, Lyme disease, chronic pain, rheumatism, multiple sclerosis, anxiety disorders, asthma and diabetes, according to Constance Pure Botanical Extracts, a California-based medical pot provider.(1)

Though governments are scrambling to pass medical marijuana legislation, the herbal remedy can be difficult to access, even in regions where it’s already legal.

Medical pot improves quality of life for some with rare diseases

This is the case for Liam McKnight, a seven-year-old who suffers from Dravet syndrome, a rare form of “catastrophic” epilepsy beginning in infancy. A life-long, debilitating condition, Dravet syndrome causes frequent seizures and developmental delays including speech impediments, difficulty learning and sleep problems.

McKnight’s case is particularly severe, resulting in “upwards of 50, 60, 70 seizures a day,” according to his mother Mandy McKnight, who says her son’s seizures leave him in a “catatonic” state that prevent him from being able to eat, sleep, walk or use the restroom, reports CBC News.(2)

While other treatments have failed, CBD oil has significantly increased the boy’s quality of life, miraculously eliminating the majority of his seizures. Some days he doesn’t have any at all, his mother says.

“He still has bad days, especially in times of illness,” said Ms. McKnight. “But the quality of life compared to what he had before the cannabis is 1,000 per cent better, for sure.”

The McKnights live in Ottawa, Ontario, where the legal framework for medical marijuana is still being developed. Similar to in the U.S., laws for medical pot vary among the country’s 10 provinces and three territories; however, the general attitude towards marijuana is evolving.

Medical pot legal in Canada, but still hard to get

Over the summer, Health Canada began allowing marijuana growers to cultivate plant-based extracts (including CBD oil), in preparation for sale. However, many medicinal pot sellers have not yet been able to obtain their licenses, a delay preventing the McKnights, and other families in need of the drug, from accessing the medicine they need.(3)

Leaving her no other choice, Ms. McKnight started making her own CBD oil using pot she buys from licensed dealers, which she then combines with avocado in a crock pot to extract its medicine compounds. Then she sends a sample off to a lab in British Columbia that tests its level of cannabinoids, the element responsible for providing patients relief.

“The test results come back, and based on those test results, that’s how Liam has his dose of cannabis oil,” Ms. McKnight said. The entire process costs her family about $1,300 per month.

Tweed is eager to sell its medical marijuana, but is stuck in limbo until Health Canada completes their inspection of the company, a requirement necessary for its distribution.

“It is a complex process and we need to make sure that we have the perfect product for our patients. And that’s moving along very quickly. We anticipate it will be a matter of a couple weeks before we’re able to sell that product to those patients,” said Mark Zekulin, Tweed’s president.