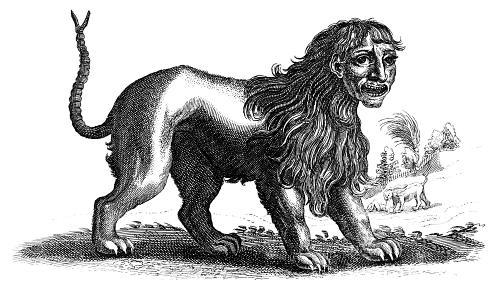 Despite a funding ban, several U.S. research facilities are moving forward with experiments that could produce human–animal chimeras. The possibility is fueled by scientists attempting to grow human organs inside animals like sheep and pigs. Approximately 20 animals have been impregnated with human organs in the last year under the watchful eyes of American universities.

The word chimera has roots grounded in Greek mythology, which describes an entity that is part lion, part goat and part snake. In the wake of modern biotechnology, however, the term has been used to describe a single organism composed of cells from different zygotes. Creating chimeras in a lab is a polarizing issue, since it blurs the line between mankind and the rest of the animal kingdom.

The fear is that the human cells inserted into a critter could specialize and multiply, as cells are programmed to do, which could give the animal human-like characteristics. In fact, the National Institute of Health (NIH) recently reversed a former policy to support studies involving human–animal chimeras because they worried the animals’ “cognitive state” could be altered if they wound up with human neurons.(1)

Creating a manimal behind closed doors

According to interviews with three research groups based in California and Minnesota, approximately 20 pregnancies of pig–human and sheep–human chimeras have been produced in the last 12 months in the U.S. Thus far, no scientific papers have been published highlighting this work and the animals involved in these studies.(1)

The only research disclosed took place during a series of presentations made at the NIH’s Maryland campus last November due to a request made by the agency. One researcher, Juan Carlos Izpisua Belmonte of the Salk Institute, provided unpublished research on more than a dozen pig embryos harboring human cells. Another researcher from the University of Minnesota provided pictures of a 62-day-old pig fetus injected with human cells, which caused the animal to suffer from a congenital eye defect.(1)

The technology that makes gene editing possible involves altering the DNA of pig or sheep embryos, which can make them genetically incapable of creating a specific tissue. Scientists then add stem cells from a person, which they hope will develop into the missing organ with human tissue. The primary motivation behind chimeras is to harvest human organs from the hybrids for use in transplant operations.

“We can make an animal without a heart. We have engineered pigs that lack skeletal muscles and blood vessels,” Daniel Garry, a cardiologist who leads a chimera project at the University of Minnesota, told sources.(1)

Of course, Dr. Garry didn’t note the hundreds of failed attempts it takes to achieve these results. For instance, it took hundreds of trials and errors before researchers successfully cloned a sheep named Dolly. Despite this minor success, the rate of abortions, stillbirths and developmental abnormalities caused by these procedures remains high.(2)

As TechnologyReview.com reported: “The worry is that the animals might turn out to be a little too human for comfort, say ending up with human reproductive cells, patches of people hair, or just higher intelligence.”

“We are not near the island of Dr. Moreau, but science moves fast,” NIH ethicist David Resnik stated at November’s meeting.(1)

“The specter of an intelligent mouse stuck in a laboratory somewhere screaming ‘I want to get out’ would be very troubling to people,” he added.(1)

The likelihood that an animal would acquire human-like consciousness from fetal cells is small. As a precautionary measure, however, researchers working with farm-animal chimeras have not allowed any to be born. They collect fetuses — or, more accurately, human–animal hybrid corpses — in order to gather data about how much human cells affect the development of the animals’ bodies.

Hiromitsu Nakauchi, a stem-cell biologist at Stanford University, has begun attempting to manufacture human–sheep chimeras this year. He claims the impact that human cells have on the animals’ bodies is relatively small. “If the extent of human cells is 0.5 percent, it’s very unlikely to get thinking pigs or standing sheep,” he said. “But if it’s large, like 40 percent, then we’d have to do something about that.”(1)