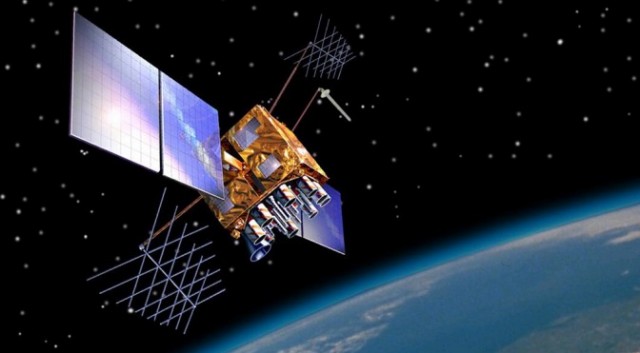 North Korea’s KMS-3 satellite has been passing over the United States almost everyday for several weeks now. Dubbed by one expert as the “problem from hell,” the satellite continues to drift over America from the south, an area said to be particularly vulnerable to an electromagnetic pulse (EMP) attack. In wake of North Korea’s proclamation that it has successfully conducted a Hydrogen Bomb test last week, U.S. troops are now on high alert.

The satellite is flying at a height of 300 kilometers, the perfect altitude for North Korea to launch an EMP attack that could wipe out 90 percent of the U.S. population in two years.

You can track the satellite using the SATFARE website.(1)

North Korea nuclear warhead masks the facade of a satellite

The reverberations of an EMP attack over American soil would be absolutely devastating, as explained by Ted Koppel in his book Lights Out: A Cyberattack, A Nation Unprepared, Surviving the Aftermath:

“Without ready access to electricity, we are thrust back into another age – an age in which many of us would lack the resources and experience necessary to survive. Precisely how that happens is, ultimately, less important than how we prepared we are for the consequences. It would be reassuring to report that the grid is adequately defended against cyber attacks. It is not.”

Now, such technology may be in the hands of North Korea. And there’s good reason to believe this might really be the case. Back in 2004, members of the Congressional EMP Commission met with two Russian generals regarded as the country’s leading experts in EMP technology. The generals disclosed that the Russians had a “Super EMP warhead,” and that the information necessary to build the weapon may have been leaked to North Korea.

Alarmingly, the United States’ Ballistic Missile Defense System (BMD) would be rendered useless against an EMP triggered by a simple nuclear weapon in a satellite as small as KMS -3.

According to the Russian generals, BMDs are ineffective against an EMP attack because of an approach known as a “fractional orbit bombardment system.” This method involves launching a satellite from the south, instead of on an arching ballistic trajectory of the North Pole. Since the U.S. doesn’t have Ballistic Missile Early Warning Radars or missile interceptors facing that way, the satellite can blindside North America by attacking it from the south.

In other words, the United States’ defense system is not focused on the Southern Hemisphere. But even if it were, it still wouldn’t be able to tell if KMS-3 harbored a small nuclear weapon, which could be detonated at any time.

The KMS -3 satellite routinely passes over the U.S. from the southern blind spot at a trajectory and altitude that could place an EMP field over 48 of the 50 states. That is, of course, if KSM-3 really were a small nuclear warhead under the guise of a satellite.

According to Dr. Peter Vincent Pry, Executive Director of the Task Force on National and Homeland Security and Director of the U.S. Nuclear Strategy Forum, the Hydrogen bomb North Korea claims to have recently tested meets all the criteria of a “Super EMP,” which would plunge America hundreds of years back and decimate the electrical grid over a massive portion of the country.

According to Pry, the U.S. is not completely defenseless against such an attack. However, we should never be complacent.

Let’s just continue to hope that North Korea isn’t up to its old shenanigans with the KMS-3 satellite.