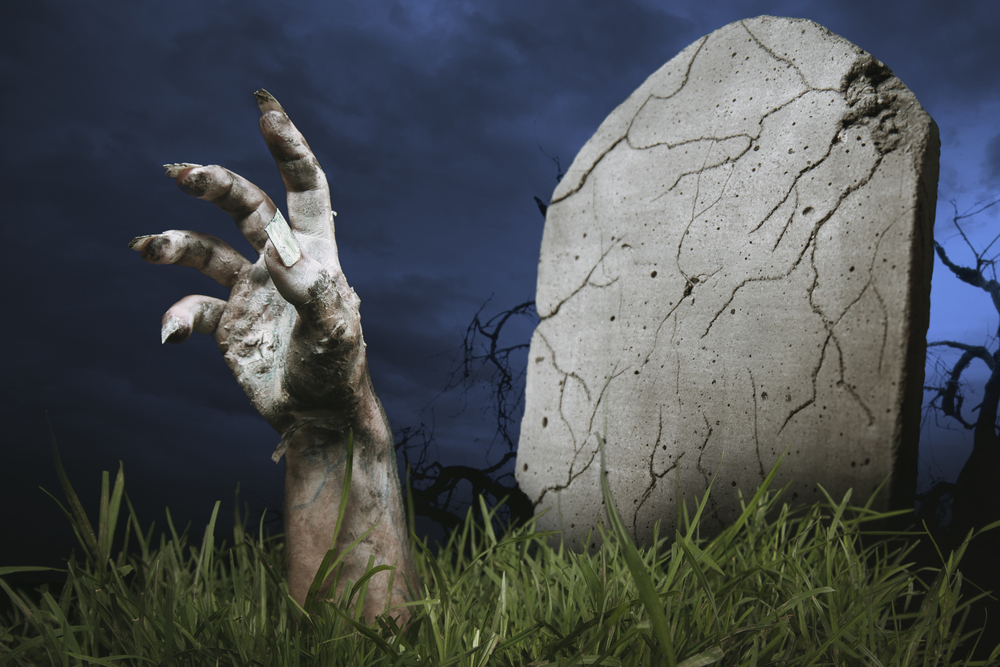 Humai, a new artificial intelligence (A.I.) company, is “reinventing the afterlife” by aiming to bring people back from the grave by 2045. According to the company, this feat will be accomplished with A.I. and nanotechnologies that store data about how the body works. In other words, get ready — the robozombie apocalypse is just around the corner.

The company Humai – the name of a bionic body – will use computer interface to communicate with sensory organs and limbs inside a bionic body. The start-up says they are in the process of developing the technology that will make brain transplants a reality.(1)

A.I. will be melded with various organs so they can operate on their own terms. The sensor technology is intended to enable the user to “feel the essence of the human experience.” The company states they will use genetic engineering to combat the aging process of the brain as it develops, alongside nanotechnology that repairs tissue and regenerates molecules.

The field of A.I. is guilty of hyperbole and exaggerated claims on multiple fronts and Humai is no exception. All the major A.I. firms have a target date to unleash the power of computers onto the masses by 2045. Ray Kurzweil, for instance, head of The Singularity project, has long predicted that human cyborgs and immortality will be a reality by 2045.(2)

These remarks were met with widespread skepticism in the scientific community. In an effort to keep up with the lead A.I. research firm, however, Humai is making similar outlandish claims. Consequently, any claim that immortality is just around the corner made by the head of a major A.I. research company should be taken with a grain of salt.

Since the technology necessary for immortality isn’t available, Humai is offering curious customers cryogenics that will “extend and enhance” life by freezing your brain until they can defrost your crystallized neurons and place them in a bionic body. The founder of the company, Josh Bocanegra, believes transplanting a human brain into a bionic body would “achieve a point where no one has to die at all.”(1)

The morality of mortality

No one knows how serious Humai really is in its intentions. The entire company could be a humorous hoax. Even though the quest for immortality is often laughed at, it is a deep-seated desire that has been with humanity since its inception. Self-preservation is the most primitive, Darwinian instinct a biological organism can have. The quest for immortality isn’t so much pursued out of a love for life as much as it is pursued out of a fear of death.

Achieving immortality may create more problems than it solves, however. Eternity just doesn’t sit well in a world of finite sources. Death is an essential part of the ecosystem. Without it, we increase the risk of overpopulation, which leads to global decay.

In addition, immortality may actually decrease, rather than increase, human production. Human beings are inherently lazy creatures. Death is the motivating factor that pushes us to get stuff done. In its absence, we’d be inclined to put off today’s tasks for tomorrow. This isn’t intended to herald death as a good as much as it is intended to underline the problems attached to the kind of immortality sought after by major A.I. firms.

It’s unlikely that immortality will be achieved in the next 20 years, but who knows? Many medical technologies that exist today were thought to be science fiction two decades ago. Just last week, for instance, The Seattle Times reported on a brain implant that could enable paralyzed victims to walk. The technology necessary to achieve immortality maybe on the horizon, but just don’t bet your life on it.(2)