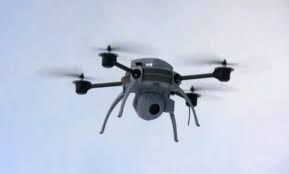 With the rise of drones, Americans are just as likely to be attacked from the sky as on the street. The passage of a bill in South Carolina and Tennessee for the 2016 legislative session would likely lead to police officers using drones in those states, thereby further dehumanizing law enforcement agencies.

While this sounds like good news, both pieces of legislation exempt state and local law enforcement from the ban on the use of weaponized drones. This enables officers in both states to protect unmanned vehicles with both lethal and non-lethal weapons. In other words, the law enforcement agency would have a monopoly on deploying drones.(2)

The Tennessee legislature passed legislation that prohibited warrantless drone surveillance in 2013. The law, however, did not ban weaponized drones. South Carolina currently does not have a law that governs the use of weaponized drones by law enforcement.(1)

Many states do not currently have laws that prohibit the use of drones. The passage of H.4425 and HB1456 in South Carolina would be by no means original. Regardless, the passage of a law that excludes police officers from the ban of a menacing weapon provides more reason for Americans to uphold the Second Amendment.

Unlike guns, which require a physical finger to pull the trigger, a drone is indirectly controlled by an operator. This creates a moral disconnect between the actions of the operator and the actual consequences of the drone.

Police try to be the exception to the rule

This isn’t the first time a law that monopolizes warfare has reared its ugly head. A similar incident occurred earlier this year in North Dakota. The state passed legislation that significantly reduced law enforcement’s use of drones, which would require a warrant in most cases.

Nevertheless, a police lobbyist named Bruce Burkett was able to pass an amendment through the committee, which made the ban apply only to lethal weapons. Weapons like bullets, pepper spray, tear gas, sound cannons and Tasers could be used by police officers, and may soon be used by drones in Tennessee and South Dakota.(1)

After North Dakota passed the bill, the media claimed that the state had legalized weaponized drones. In actuality, weaponized drones were legal long before the bill was passed. The legislation simply banned the use of lethal weapons and allowed unmanned aerial vehicles to be armed with non-lethal weapons.

The ordeal to push such an amendment was revealing. Police spokespersons in North Dakota tried to downplay the passage of the law, claiming they didn’t want to use weaponized drones. Despite these statements, however, the law enforcement agency did want to use drones enough to hire a lobbyist to help pass an amendment.

Ultimately, South Carolina and Tennessee legislatures should not pass H.4425 and HB1456. These bills would not prevent the abuse of drones. Rather, their passage would only place drone ownership in the hands of an authority who has been trained to operate the device more like a video game than an actual weapon.

Should the US invade Melbourne Australia to restore human rights like Iraq?
By News Editors