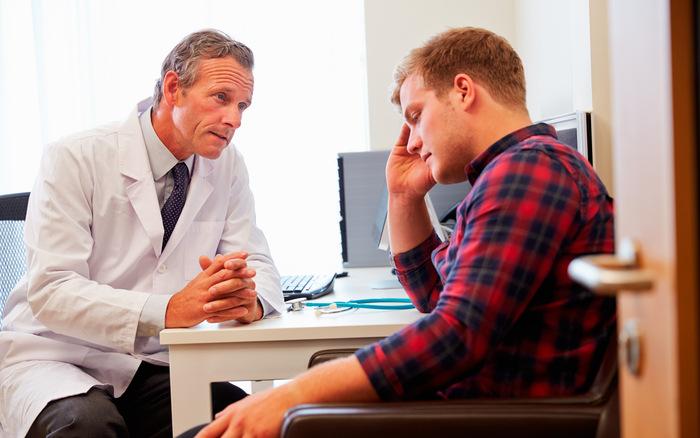 A hormone treatment frequently used to help men suffering from prostate cancer may be doubling their risk for developing Alzheimer’s disease, according to new research presented on Monday. The study’s results are so concerning that doctors may now discuss the new information with patients before they choose their treatment.

One of the most common cancers in men, prostate cancer claims the lives of nearly 28,000 Americans each year, according to the American Cancer Society (ACS). Close to a quarter of a million new cases are diagnosed annually.(1)

Scientists reached their conclusion after reviewing the medical records of male patients at Stanford and New York’s Mount Sinai Hospital, NBC News is reporting, and while the data is not definitive, it’s significant enough to spur oncologists to investigate deeper.(2)

“This study doesn’t definitively tell us that these drugs cause Alzheimer’s disease,” said Dr. Otis Brawley with the ACS. “I would say this study justifies a better study.”

The research discovered some rather unsettling information regarding the health effects of ADT, and if correct, the treatment could cause more harm than it’s worth.

The study of more than 16,000 men being treated for prostate cancer showed that those who got any kind of androgen deprivation therapy had nearly twice the risk of developing Alzheimer’s over the next 2 ½ years as men getting other treatments. …

Even worse, the longer men receive the hormone therapy treatment, the more at risk they are of developing Alzheimer’s disease, scientists say.

“We also observed a statistically significant increased risk of Alzheimer’s disease with increasing duration of ADT (androgen deprivation therapy),” said Dr. Kevin Nead, a scientist with the University of Pennsylvania who spearheaded the study, which was published in the Journal of Clinical Oncology.

Male patients who underwent ADT for more than a year were more than twice as likely to get Alzheimer’s disease. The hormone therapy treatment carries other side effects as well, including impotence, growth of breast tissue, weight gain, increased cholesterol, fatigue and shrinkage of testicles.(3)

It may also result in neurological complications including memory loss, decreased mental sharpness and depression. Additional research suggests that men treated with ADT have a higher risk of death from heart disease.

ADT is usually administered when the cancer has spread so far that surgery and radiation are no longer effective. It can also be used if the cancer returned following treatment, or before radiation to try and shrink the cancer so therapy is more effective.

“Whether hormone therapy prolongs the survival of men who have been newly diagnosed with advanced disease but do not yet have symptoms is not clear. Moreover, because hormone therapy can have substantial side effects, some men prefer not to take hormone therapy before symptoms develop,” the National Cancer Institute said.