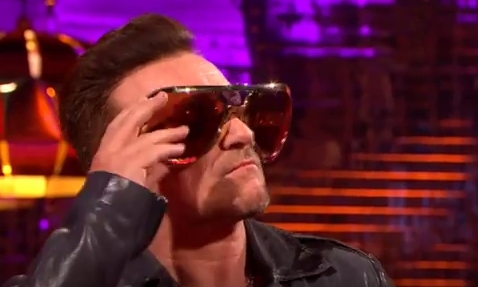 When U2 ends their current tour with two shows in Paris on December 6 and 7, it will be broadcast on HBO, giving frontman Bono and his band mates yet another opportunity to do what they do best: exploit tragedy for self-righteous publicity.

The band hasn’t revealed exactly how they’re going to commemorate the November 13 terrorist attacks in Paris, but it’s a sure bet that they will. The group’s beanie-clad guitarist, The Edge, did however hint that they will be “thinking about some special guests” to honor the tragedy during the show.

“I suppose the Irish in us just doesn’t want to give in to terrorism,” Bono explained to the New York Times, as if the Paris terrorist attacks had targeted him personally. “ISIS and these kinds of extremists are a death cult. We’re a life cult.”

In the same interview, Bono talked about how U2 came to the rescue of the band Eagles of Death Metal, who were playing at the Le Bataclan theatre in Paris when it was attacked by terrorists. The band survived, but their merchandising manager was killed, along with at least 89 concertgoers. “The best thing we could do for our fellow musicians was to buy them phones,” he said. So thanks to the generosity of Bono and company, the Eagles of Death Metal now have brand new cell phones.

It is perhaps only a matter of time before Bono and U2 defeat ISIS, and overcome all the world’s forces of evil. “It’s a messy business, bringing peace into the world,” Bono observes. “But it can be done, I’m sure of that.”