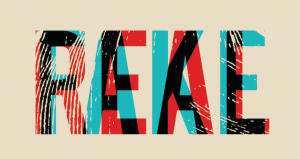 Steven Seagal, the former Hollywood action star and good friend of Vladimir Putin[1], recently told RT that he suspects many of the mass shootings in America are false flags — meaning, of course, that they were either intentionally provoked or entirely faked, in an effort to provide the government with an excuse to disarm the population. Seagal suspects that “a lot of these mass murders and all this funny stuff that’s going on, I believe a lot of this is engineered.”[2]

He failed to mention that almost all of those mass murders are linked to psychiatric drugs, as frequently reported on Natural News, and compiled on the comprehensive database Psych Drug Shooters.

As a historical precedent for disarming a population via gun control, Seagal cites Hitler, which is de rigueur when it comes to this subject. Speaking of the Fuhrer, Seagal explained that “when he wanted to annihilate the people of Germany — the first thing he did was to take away their guns.”[2]  Well, he took them from Jews and gypsies, anyway. He was fine with guns being in the hands of gentile citizens, the majority of whom were big Hitler fans, and enjoyed gathering in huge rallies where they could look really cool doing the special Nazi salute in unison.

Seagal could’ve cited one of the biggest false flag events in American history — the one that started the Spanish-American War. Theodore Roosevelt, as Secretary of the Navy, badly wanted the United States be a world empire, so he launched a buildup of the U.S. Navy with the goal of taking over Spain’s island colonies in the Caribbean and Pacific. When the U.S.S. Maine conveniently exploded in Havana harbor under mysterious circumstances in 1898, it provided a perfect false flag for imperialists in the U.S. government, who used it to blame Spain as a pretext to declare war.

The total lack of evidence of Spanish involvement was easily overcome with an avalanche of propaganda, provided primarily by the media monopolist William Randolph Hearst, who famously declared, “You furnish the pictures, I’ll furnish the war.” Almost overnight, the American public was converted from pacifists to warmongers, and the United States went from being a republic to an empire, conquering Cuba, Puerto Rico, Guam, the Philippines and the Hawaiian Islands. It was a “splendid little war,” in the words of Secretary of State John Hay.[3]

If Steven Seagal had been around then, perhaps his formidable abilities to vanquish evil-doers would have single-handedly prevented the Spanish-American War, and America would still be a republic today. Oh well, maybe he’ll do it in a movie — with Putin starring in the role of Teddy Roosevelt, of course.