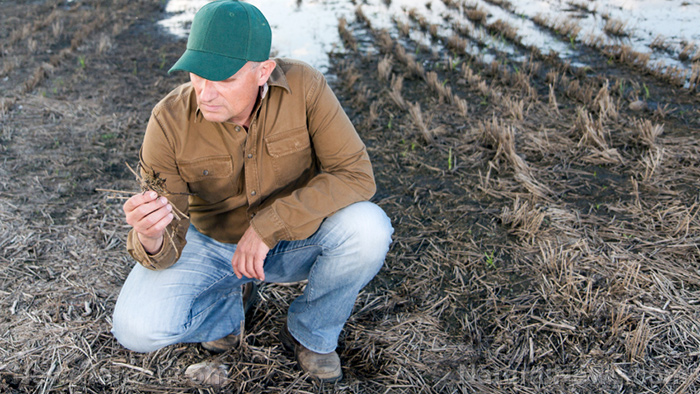 Weather conditions in North and South Dakota have been extreme recently, causing delayed plantings that some speculate could eventually trigger a food shortage.

First it was extreme drought conditions throughout much of the Northern Plains outside of the Dakotas that put wheat crops at risk. Now in the Dakotas, it is heavy blizzards, winter storms, high winds and extreme flooding.

Farmers in high-producing crop regions of these states are holding off putting seeds in the ground to avoid having them get ruined. However, for every week that plantings are delayed, harvest yield potential shrinks – and this at a time when the global food supply chain is already fracturing and on the verge of total collapse.

Private weather forecasters along with agriculture specialist BAMWX are warning that plantings have been delayed not only in the Dakotas but also all throughout the Midwest reaching the Ohio Valley. Some farmers may have to wait until at least May to plant their crops due to above-average moisture and well below average temperatures.

Most precipitation is occurring in North Dakota and Northern Minnesota, while drought conditions affect nearby states such as Montana, Nebraska, Kansas, Oklahoma and all the way down to Texas.

BAMWX’s chief meteorologist Kirk Hinz created a weather model looking two weeks out, and it shows the same below-average temperatures and excessive precipitation in all of the same areas.

“Spring has so far been filled with chaos and uncertainties for American farmers,” reported Zero Hedge. “Many cannot work in their fields because tractors would get stuck, fields are underwater, and saturated soils make for a bad growing environment. Also, cold weather disrupts plant nutrient intake and can damage seedlings very early in the growing cycle, which may cause premature death.”

Upper Midwest farmers could run out of time before prevent plant dates are triggered, meaning their crops won’t get planted this year

Tommy Grisafi, a CBoT trader and risk advisor at the commodity trading firm Advance Trading Inc., says he does not know how Upper Midwest farmers are ever going to get all of their crops planted in a timely fashion.

“Below average temps are forecasted for the next 10 days; combine that with above-average snow and rainfall, which only means more delayed plantings,” he says.

“Upper Midwest farmers are running out of time as prevent plant dates could soon be triggered. North Dakota’s first prevent plant date is May 25th for certain parts of the state – this will mean farmers will file a prevented planting claim on their crop insurance and not plant.”

The effects of what is brewing may not be seen immediately, but you can be sure that they will eventually combine with other elements of the current food and supply chain crisis to spell disaster for the American food supply.

“We often forget how these products are in everyday foods we consume,” Grisafi added, explaining that “North Dakota, Montana, and Canada are famous for growing specialty crops.”

“The Ukraine war was like throwing gas on an already hot fire. The Great Drought of 2021 depleted supplies. The world is now dependent on the Northern Hemisphere for major food needs. The U.S. must grow record crops just to meet average demand. If not, this could add to the biblical food shortage coming down the pipe.”

Fertilizer shortages are another problem that will only exacerbate the existing perfect storm of disaster for the food supply.

“If only our government had a strategic fertilizer reserve,” Grisafi said.

The agricultural crisis that only continues to expand has many farmers and end users alike experiencing “trouble sleeping at night.” Soon all of America (and the rest of the world) will have that same problem.

The latest news coverage about the breakdown of the American (and global) food supply can be found at Collapse.news.