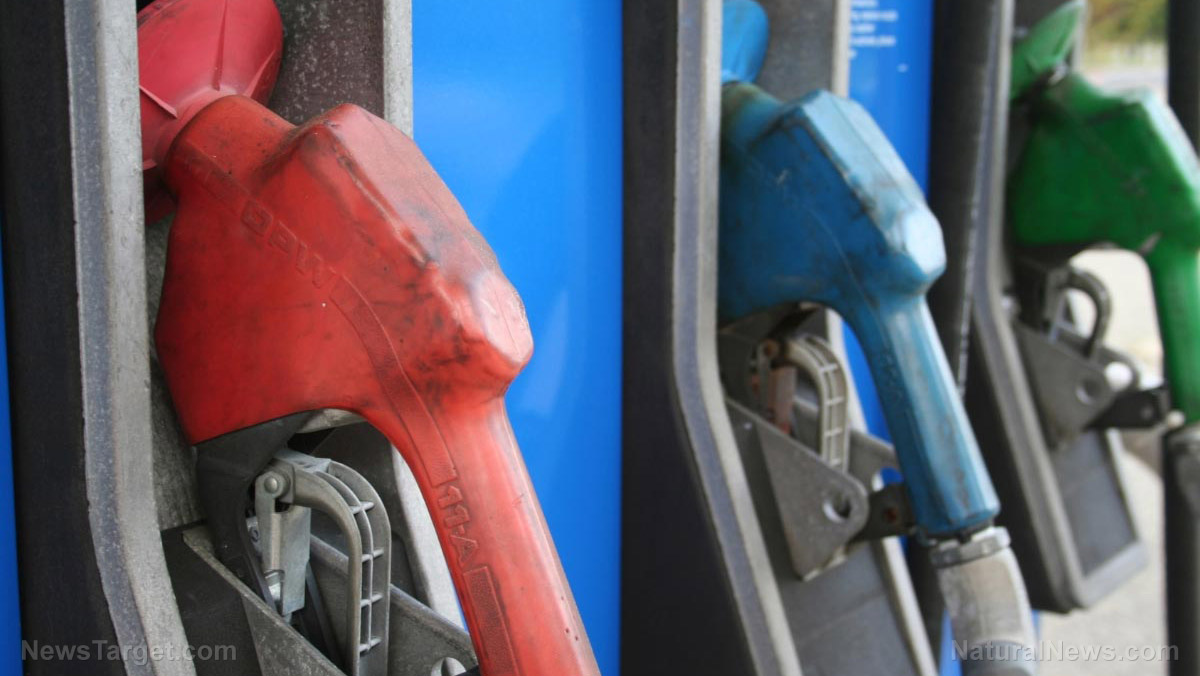 Californians were left reeling on Wednesday, February 23, as gas prices surged all over the state – with parts of Los Angeles being forced to pay upwards of $6 per gallon.

The national average price of regular gasoline was at $3.53 on Tuesday, up 21 cents from a month ago and 90 cents from more than a year ago.

The average price of regular gasoline in California is currently at $4.742 per gallon, more than a dollar above the national average. Los Angeles County is leading the state with an average gas price of $4.796 per gallon, with prices going as high as $6 and more at certain gas stations.

At one Chevron station in Los Angeles, the price of regular unleaded gasoline rose to $6.219 on Wednesday.

“They’re too damn high,” one resident of the city told KERO-TV, adding that it has made commuting much more difficult as she normally needs to buy gas three times a week.

One other city resident remarked that he is now paying over $110 to fill up his 25-gallon tank of gas. Another said his 30-gallon tank is costing him over $150 to fill up.

The recent rise of regular gasoline prices in Los Angeles County is the 17th record the county has made in 20 days. The previous day, the price of gas dropped just one-tenth of a cent.

Wednesday’s increase in average gas prices is the largest single-day rise in fuel costs since the 1.3-cent increase on Feb. 5.

Like Los Angeles County, other parts of the state are also suffering from gas prices well above the state average. In San Francisco, regular gas is costing an average of $4.90, according to AAA.

Experts have noted that California’s strict regulations have affected prices, specifically its gas tax of 51.1 cents per gallon. This tax is one of the largest gas taxes in the nation, according to the Federation of Tax Administrators. How much Californians paid into the gas tax has gone up due to inflation.

The state government claims this tax is necessary to pay for road repairs and maintenance.

“The taxes make a huge difference in the overall price. That’s why you haven’t seen as big of a jump in Oregon or Washington,” said Patrick De Haan, head of petroleum analysis for GasBuddy, a tech company that tracks gas prices in the country.

Gov. Gavin Newsom has already proposed halting a scheduled increase in the gas tax, but this has not received much support from the state’s Democratic Party, which has supermajorities in both chambers of the state legislature.

A federal excise tax on gasoline is also causing gas prices to remain very high. In response to the backlash the rising gas prices have caused, President Joe Biden’s administration is reportedly considering proposals to temporarily suspend the federal gas tax, which would lower the price of regular gasoline by 18.4 cents.

Experts warn that gas prices in California could break the $5 barrier very soon.

“Everyone is going up the same but no one is going to match California’s prices,” said De Haan.

Experts said Russia’s ongoing invasion in the region has caused ripple effects on the global oil market, which in turn has influenced the surge in gas prices all over the United States, and especially in California.

“We are subject to international supply and demand,” said De Haan. “How long it progresses through the summer depends on Russia.”

Experts are concerned that the U.S. and its allies could impose very severe sanctions on Russia for its ongoing invasion of Ukraine. Russia could then be forced to retaliate by withholding its vast supply of oil from the world market, which is already tight and struggling to keep up with surging global demand.

“Russia is one of the leading oil producers globally, behind only the United States and Saudi Arabia,” said AAA spokesperson Andrew Gross. “If they choose to withhold their oil from the global market, such a move would eventually be reflected in higher gas prices for American drivers.”

Global food prices climb to record highs thanks to “fallout from energy prices” amid skyrocketing oil.

California facing yet another gas tax hike while failing to deliver on promised road repairs.

Census: 1% of California’s population moved out of the state in 2021.

Gas prices in California are rising so high they’re about to beat the state’s all-time record.

Firewood sales soar all over the country as prices of other fuel sources skyrocket.

Watch this video from “Patriot Nation” and learn more about rising gas prices and their connection with recent foreign events.

This video is from the Patriot Nation Live channel on Brighteon.com.

Learn more about the massive inflation of everyday goods in California at CaliforniaCollapse.news.