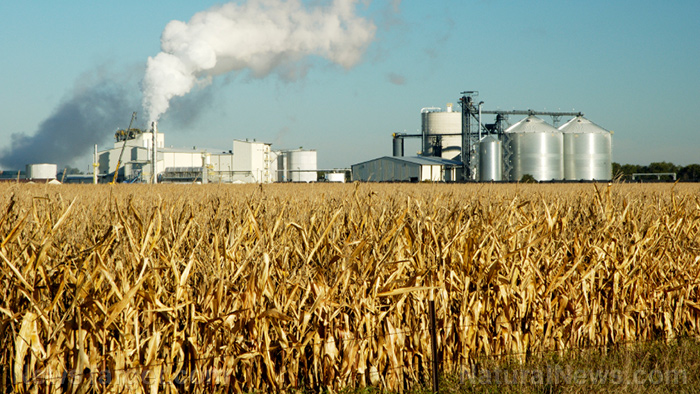 A new study has found that corn-based ethanol, the main source of supposedly green ethanol fuel in the United States, may actually be worse for the environment than regular gasoline.

The new study, published in the Proceedings of the National Academy of Sciences (PNAS), contradicts previous research, including one study commissioned by the U.S. Department of Agriculture (USDA), claiming that corn ethanol and other biofuels are more environmentally friendly.

The PNAS study was funded in part by the National Wildlife Federation and the Department of Energy as part of a review of the federal government’s policies on biofuels. President Joe Biden’s administration wants to switch to biofuels like corn ethanol in an attempt to decarbonize the American economy by 2050.

The study found that ethanol is at least 24 percent more carbon-intensive than gasoline. This is because the energy spent to grow corn, along with its processing and then its inevitable combustion as fuel, results in more emissions.

“Corn ethanol is not a climate-friendly fuel,” said Dr. Tyler Lark, an assistant scientist working at the University of Wisconsin-Madison Center for Sustainability and the Global Environment. Lark also served as the PNAS study’s lead author.

“We thought and [ethanol] would be a climate solution and reduce and replace our reliance on gasoline,” said Lark. “It turns out to be no better for the climate than the gasoline it aims to replace and comes with all kinds of other impacts.” (Related: Why you should avoid filling up your gas tank with ethanol-laced fuel.)

At the time of its passage, the RFS became the world’s largest biofuels program. Lawmakers and environmental advocates claimed the standard was a major victory for the climate and would help reduce America’s dependence on foreign oil.

But in the 17 years since its passage, none of the problems the RFS was supposed to solve had been fixed.

Because of the mandate, corn cultivation grew by 8.7 percent between 2008 and 2016. To keep up with demand, corn farms in the U.S. expanded to 6.9 million additional acres.

The mass conversion of land into farmland led to widespread changes, such as preventing millions of acres of land from being added to national parks or conservation programs. The process of growing billions of gallons more corn biomass also led to an increase in emissions, such as from applying chemical fertilizers to the field.

“The claims in this report simply don’t align with reality and the facts on the ground, and the paper reads more like a fantasy novel than a genuine piece of academic literature,” said the association in a statement.

RFA President and CEO Geoff Cooper called the study “completely fictional and erroneous.” He argued that Lark and the other authors cherry-picked data and used “worst-case assumptions” regarding ethanol emissions.

A 2019 study from the USDA found that ethanol’s “carbon intensity” was 39 percent lower than gasoline, in part because of the massive amount of carbon being sequestered when creating new croplands. The RFA and other biofuels industry lobbyists regularly cite this study in support of their claims. But Lark said this study underestimated the impact land conversion had on emissions.

Lark himself was involved in a 2019 study about the expansion of cropland for corn and soybeans. This study found that massive land conversion actually increased greenhouse gas emissions. Lark also pointed out that without the policy changes that came from early studies involving ethanol, fewer carbon-rich forests and grasslands would have been converted into farmlands to grow more corn.

The RFA claims that croplands for corn have not actually expanded since the implementation of the RFS. But Tim Searchinger, an energy and environment researcher at Princeton University, pointed out that the data the RFA is using to support its claims “are invented out of whole cloth.”

The USDA has not responded to requests for comments regarding the results of the study. The Biden administration is set to revamp the “renewable volume obligations” – the percentage of renewable fuels required to be mixed to fuel blenders under the RFS2 – in the coming months. There’s no indication the results of this study will sway the administration to lower the amount of biofuels producers are required to mix in.

UK move to increase ethanol biofuel use could lead to increased deforestation.

Watch this clip from Fox News’ “Swamp Watch” and learn about how corrupt and inefficient America’s ethanol industry is.

This video is from the the TruthBeTold channel on Brighteon.com.