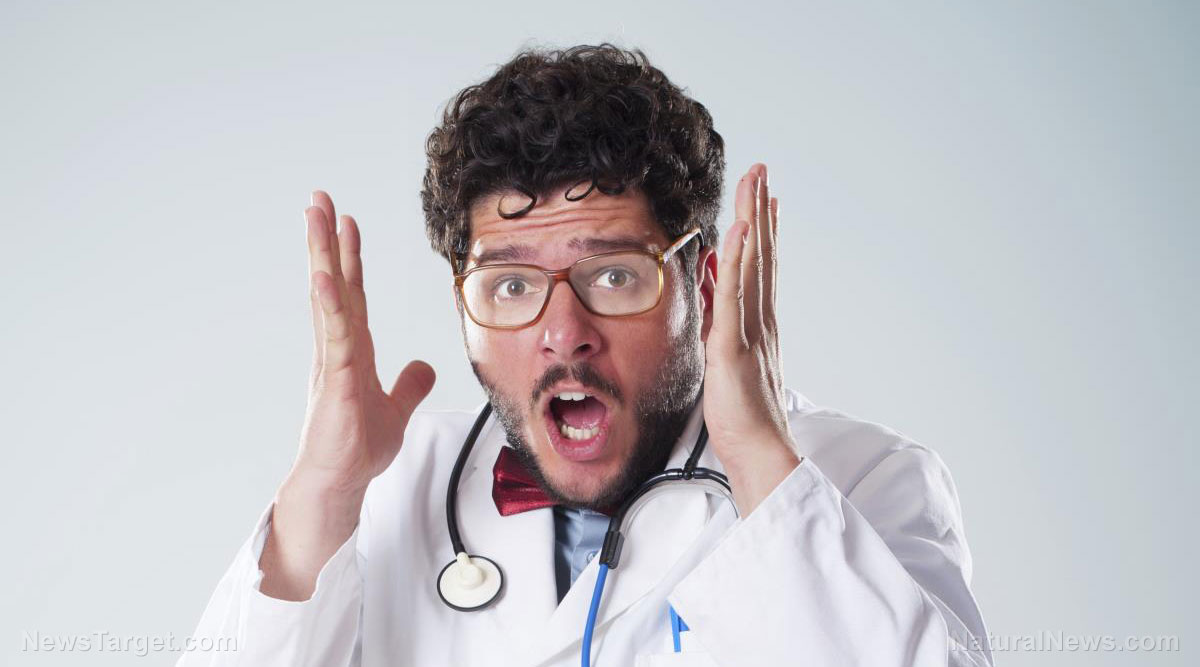 A physician in Maine who has been practicing for 25 years recently had her license temporarily stripped and is now being forced to see a “board-selected psychologist,” all because she was caught prescribing hydroxychloroquine (HCQ) and ivermectin for the Wuhan coronavirus (Covid-19).

Dr. Meryl J. Nass, who was first licensed to practice medicine in Maine back in 1997, reportedly had her license “immediately” suspended for 30 days after the Maine licensing board investigated alleged “complaints” about Nass’ use of FDA-approved, but politically incorrect, drugs for treating the Fauci Flu.

The suspension was issued on January 12 by the Maine Board of Licensure in Medicine, which decided that Nass now requires psychiatric care. It is apparently now considered a mental illness to administer HCQ and ivermectin, two safe and effective remedies, because the medical deep state considers these drugs to be “dangerous.”

“The State of Maine Board of Licensure in Medicine issued the 30-day suspension (minimum) last Tuesday on the grounds that Dr. Meryl J. Nass’ medical services would constitute ‘an immediate jeopardy to the health and physical safety of the public,'” reports explain.

“The order goes into detail about how she prescribed Ivermectin and Hydroxychloroquine to several patients and once falsely labeled a patient a victim of Lyme disease so that the patient could procure these meds from a pharmacist.” (Related: Many studies have found that ivermectin works incredibly well at preventing deaths from covid.)

The medical establishment is NOT in the business of saving lives, and will punish doctors who try

Nass explained in a written statement to the board last month that she and this patient and together decided that HCQ was the best option for his needs. After all, she is his doctor, and the two have rights in the form of doctor-patient privilege.

“I reviewed his dozen or so medications and discussed all potential drug interactions and how to ameliorate them, and we decided to proceed,” she further explained.

The problem, of course, is that the establishment heavily politicized both HCQ and ivermectin, making them almost impossible to get in the United States. The two drugs became so taboo, and so many pharmacists were threatened against prescribing them, that they practically became scheduled substances.

With no other option at her disposal, Nass decided to simply mark the patient’s condition as Lyme so he could still obtain HCQ. This is where things really took a turn for the worse.

“I was eventually forced, when the pharmacist called a few minutes ago and asked me for the diagnosis, to provide misinformation: that I was prescribing the drug for Lyme disease, as this was the only way to get a potentially life-saving drug for my patient,” Nass admitted.

Keep in mind that both HCQ and ivermectin have an excellent safety record. They are also inexpensive to produce, if only the medical establishment would allow people easy access to them.

Instead, Nass, and presumably others like her, are being persecuted for trying to save lives. Nass is now being forced to “submit to a neuropsychological evaluation by a board-selected psychologist on Feb. 1, 2022,” reports explain – and she must pass the evaluation in order to recover her license.

“The information received by the Board demonstrates that Dr. Nass is or may be unable to practice medicine with reasonable skill and safety to her patients by reason of mental illness, alcohol intemperance, excessive use of drugs, narcotics, or as a result of a mental or physical condition interfering with the competent practice of medicine,” the order reads.

Nass is further accused of “engaging in the public dissemination of ‘misinformation regarding the SARS-CoV-2 pandemic and the official public health response'” for talking about HCQ and ivermectin in public.

More related news about medical tyranny can be found at Fascism.com