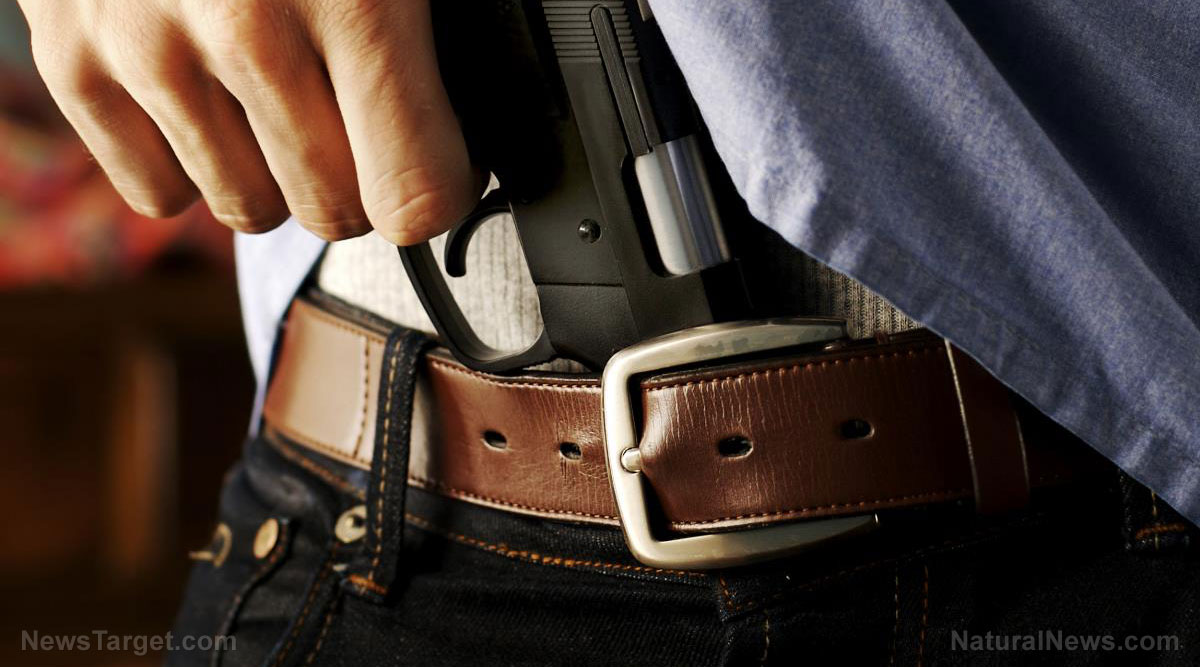 Throughout the COVID-19 pandemic, anyone who disagreed with the “official” positions of federal health agencies such as the Centers for Disease Control and Prevention, as well as the federal health demigod Anthony Fauci, were summarily accused of “ignoring the science.”

But as we have long known, federal health agencies give us plenty of reasons why we simply can’t trust a thing they say, and it’s because they “ignore the science” — and in many cases, their own scientific findings.

When researchers for these agencies come up with findings and conclusions that go against the Marxist deep state’s mandated ‘truths,’ then the information — “the science” — gets buried as was the case with data showing conclusively that Americans defend themselves every year with legally obtained and constitutionally owned firearms.

That, of course, refutes the need of and arguments for more gun control (which is nothing but people control, frankly).

Two years ago, Reason magazine published a since-updated story noting that the CDC buried the results of surveys taken in the 1990s, when Bill Clinton and his Democrats were banning ‘assault rifles’ and pushing gun control measures left and right, that found more Americans use guns more often to defend themselves than ‘officialdom’ claimed.

Many people who support gun control are angry that the federal Centers for Disease Control (CDC) are not legally allowed to use money from Congress to do research whose purpose is “to advocate or promote gun control.” (This is not the same as doing no research into gun violence, though it seems to discourage many potential recipients of CDC money.)

But in the 1990s, the CDC itself did look into one of the more controversial questions in gun social science: How often do innocent Americans use guns in self-defense, and how does that compare to the harms guns can cause in the hands of violent criminals?

“Florida State University criminologist Gary Kleck conducted the most thorough previously known survey data on the question in the 1990s,” said the magazine. “His study, which has been harshly disputed in pro-gun-control quarters, indicated that there were more than 2.2 million such defensive uses of guns (DGUs) in America a year.”

Kleck’s findings back in the day were immediately attacked by the usual left-wing gun grabbing subjects, and especially those within the Democratic Party. But it turns out that his research was very close to what the CDC’s own findings were on the issue.

But there was a wrinkle, so to speak. After Kleck initially published a paper in April 2018, he was notified that the CDC’s mid-1990s defensive gun use surveys that it never published were only conducted in a subset of states, not the entire country. Those states were, in 1996, Kentucky, Louisiana (also surveyed in 1998), Maryland, New Hampshire (also surveyed in 1997), New York, and West Virginia; in 1997, Colorado, Missouri, New Jersey (also surveyed in 1998), North Dakota, and Ohio; and in 1998, Montana and Pennsylvania.

“After adjustments to get a guess for total adults, not just adults in gun-owning households, the range of total DGUs Kleck estimates for the nation with the above methods from the CDC’s state-level surveys range from a low of 620,648 for 1996 to 1.9 million in 1998, for an average over the years of 1.1 million” defensive gun uses, not the original figure of about 2.2 million.

Still, that is quite a large number given the fact that we have been told constantly by the anti-Second Amendment gun grabbers in government and the Democrat Party that actual defensive gun users are many times fewer than even Kleck’s 1.1 million figure.

It really doesn’t matter if defensive gun users are a few or a lot every year; the Second Amendment guarantees our right to gun ownership, and most states have dramatically relaxed concealed carry laws.

And the CDC hid its research.

So the intent remains the same as when the founders wrote the Constitution: Guns are for protection, too.