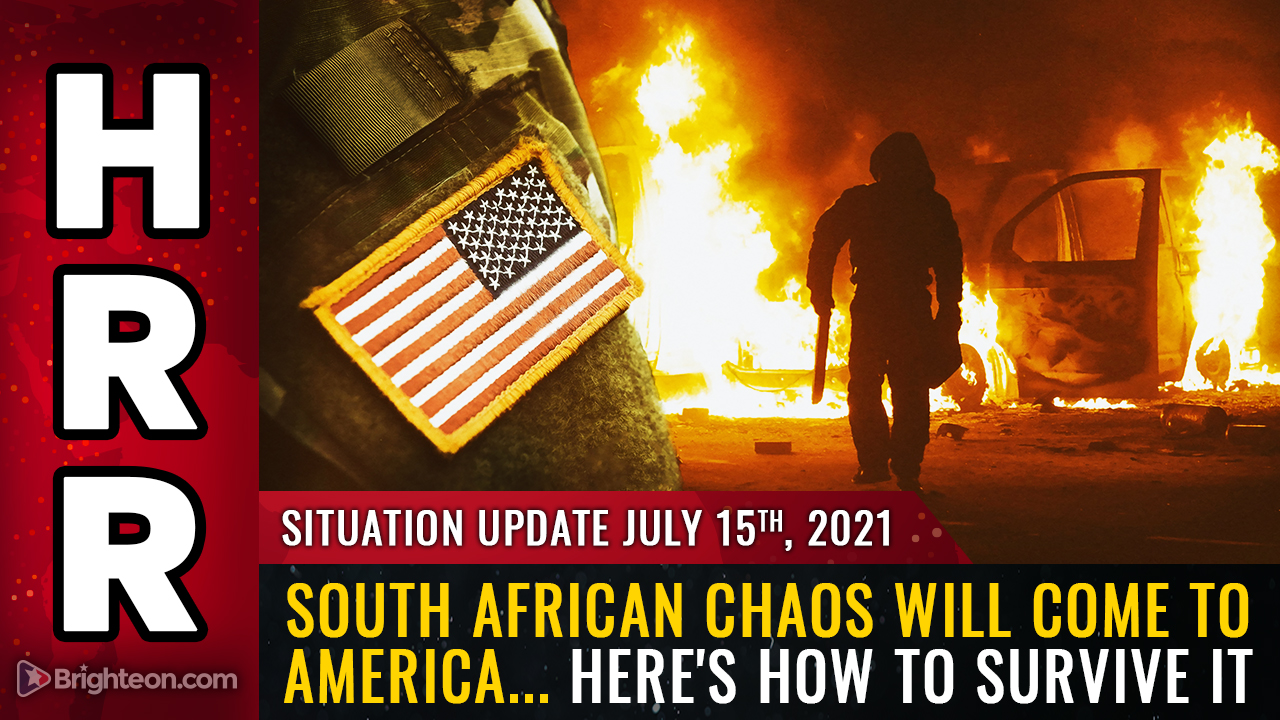 This crisis has been entirely engineered by globalists, and it’s all part of the chaos that they want to see erupt all over the world. Largely due to loss of jobs, food scarcity and lockdown tyranny, the impoverished South African citizens are rising up to lash out in anger. As is often the case, they are irrationally over-reacting, now burning down the very infrastructure that might provide them with food, electricity and fuel for years to come.

This is all by design. And the situation is rapidly imploding into a failed state or a civil war, depending on whom you ask.

There are key realizations you need to grasp about what’s happening in South Africa:

… I cover many more critical realizations in today’s Situation Update podcast, below.

Globalists are deliberately plunging the world into chaos, civil unrest and collapse

What we are all watching here — in South Africa, Cuba, France, Beirut and other places — is globalist-created chaos that they hope will end in total collapse and worldwide depopulation. And this is only the beginning.

With door-to-door vaccine strike force teams now demanding everyone consent to medical tyranny, depopulation via bioweapons is in full force. This already means, according to prominent, outspoken doctors, that as many as 92 million Americans may perish from the vaccine over the next few years. (That’s because the CDC says 184 million Americans have already been injected with at least one dose, and doctors are saying the “majority” of those people will eventually die from the vaccine.)

It raises the obvious question: How will America’s infrastructure continue to function if 92 million people are killed by the vaccine?

If America emerges from all this by 2025 with fewer than 50 million people dead, it will be nothing short of a miracle.

And much the same scenario is playing out in Canada, Australia, New Zealand and all across Europe as well.

The globalist war on humanity is in full swing. Have no illusions about where we are now in the tipping point of history.

I discuss much more about all this in today’s Situation Update podcast:

Find a new podcast each weekday at: