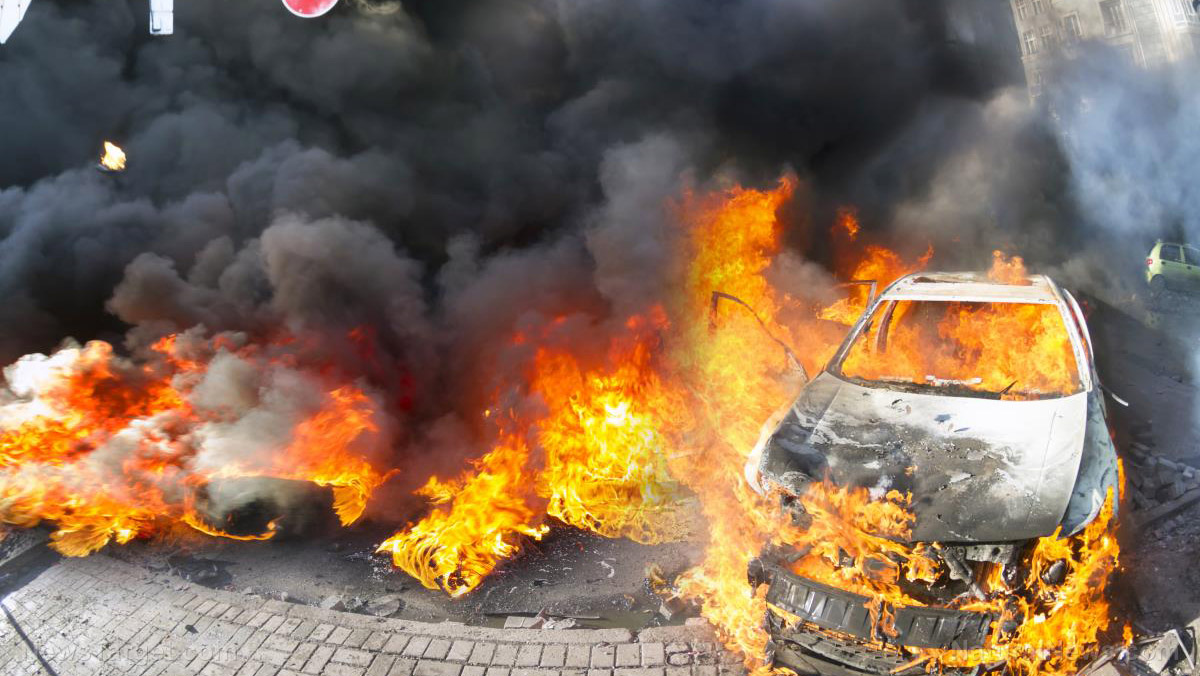 Now that the Pandora’s Box has been opened and the “cancel culture” has been turned loose, there is no hiding its scope. It is unrestrained and unrelenting. If you dare cross it, even in the slightest, you will be targeted next – even violently. The cancel culture is out of control.

You cannot reason with it or appeal to it. Logic and truth and facts do not matter. The only way to stop it is to confront it and expose it, openly, clearly, boldly, and unashamedly.

If you compromise on one issue you’ll be forced to capitulate on all issues. There is no middle ground with this irrational and destructive movement. The sooner we realize that, the better.

According to Breitbart, “Miss Swimsuit UK has been stripped of her title after posting the message ‘ALL lives matter’ on her Facebook page.”

She had written, “Yes what happened to George Floyd was wrong and unforgivable but so is what happens to many other people of different races in similar situations. Yet they don’t get to protest, loot, take over social media, create a day for their race or even raise $10.3 million in aid of the person who passed. The majority of crime and deaths regarding black people is caused by black on black crime that happens in America.”

Such speech is verboten. Away with her! Off with her crown!

According to Policemag.com, after two police officers were ambushed and killed in cold blood, Savannah Chavez, the 16-year-old daughter of one of those officers (who was just 39 years old), tweeted, “Words cannot describe the pain I’m in, but I’m glad my dad is at peace.” She continued, “You were an amazing man and anyone who ever came across you knew that.” And then this: “I’m going to miss you so much. you died doing what you loved most, you died a hero. i love you daddy, see you soon. #bluelivesmatter”.

What gall! How dare she claim that her father’s cold-blooded execution could be compared to someone’s death at the hands of a policeman. And how dare she co-opt a slogan, since her dad, by birth, was not blue.

This grieving teenager received so much opposition she ended up deleting the tweet.

What on earth is happening to our society?

ZeroHedge.com reports that Facebook deplatformed a former employee who questioned the standard BLM/diversity narrative. Patrick Shyu, who also worked for Google in the past, had claimed in a video that “‘diversity’ policies were creating more problems than solutions.”

As a result, he was banned from Facebook and shadow-banned from YouTube. As he explained, “… just because you didn’t like something I said… for 10 years I said all great things and then one time I say something that you may not necessarily like, you disable my entire account and I lose access to all the past 10 years information… and there’s no explanation, no customer service, and not much [of] an appeals process.”

That is the cancel culture in a nutshell. If you dare stray from the standard script, even for one moment, you are banned for life. No more of you! You can go from ally to enemy in the twinkling of an eye.

In the words of John Gray, an emeritus professor at the London School of Economics, giving a perspective from the U.K., “Today we are no longer living in a free society. Instead, we are ruled by those who try to enforce their extreme views by shaming and ruining those who think differently.”

“It is not far-fetched to compare the methods of this ‘woke movement’ to those of Chairman Mao’s Red Guards, who terrorised the Chinese people half a century ago.”

As for specific examples, he wrote, “‘Critical race theory’ – a sub-Marxist ideology in which ‘white privilege’ is invoked to explain all kinds of injustice – is increasingly being taught as part of ‘decolonising the curriculum’.”

“Indeed, no subject is immune from this re-education campaign in our schools and universities.”

“Academics at Birmingham City University have proposed that Mozart be eliminated from music teaching and replaced by the rapper Stormzy. Eton College has announced it will change the teaching of history, geography, religion, politics and English, along with school assemblies and societies, in order to ensure that ‘decolonisation’ is enforced across the board.”

And over in Australia, as reported by the Daily Mail, there is a “New push to RENAME body parts like the Adam’s apple and Achilles’ tendon because they are ‘irrelevant and misogynistic’.”

Where does this stop? It does not – until it completely devours itself.

The sad thing is that virtually every day, I could write another article just like this, adding more egregious examples by the hour.

The scary thing is that the cancel culture mob has no trouble resorting to violence, be it setting church buildings on fire, vandalizing statues considered sacred, or attacking a meeting supporting the police.

So, once again, I urge you to wake up, stand up, and speak up – while you can.

Read more at: LifeSiteNews.com or Groupthink.news