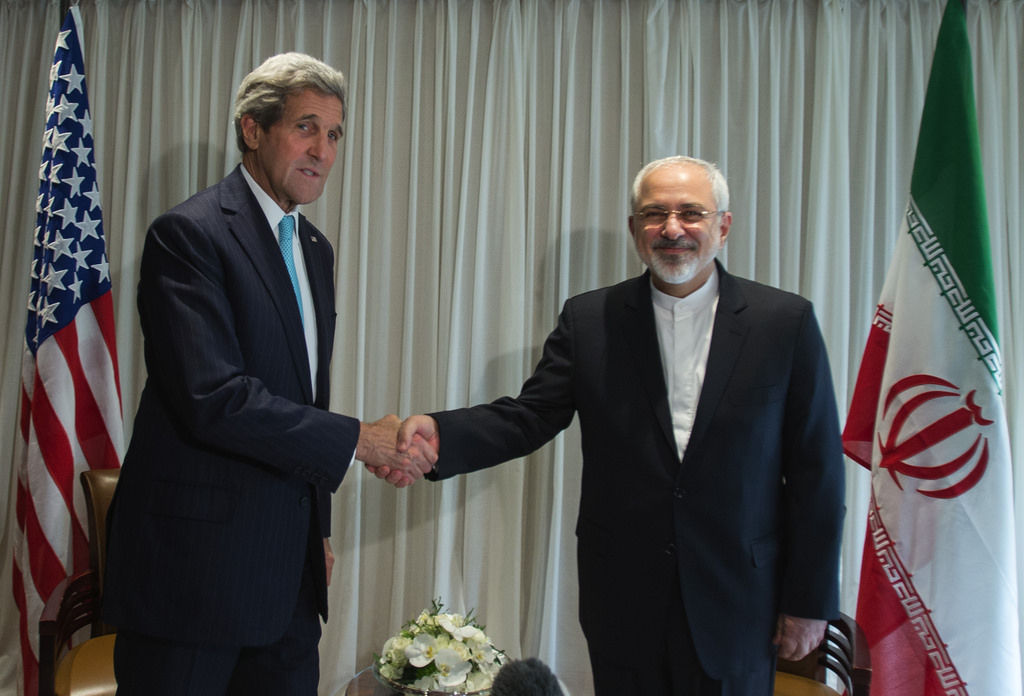 Most rational foreign policy experts were aghast when they discovered the lengths the Obama administration went to in order to make its “nuclear deal” with Iran.

It involved loose promises of delayed nuclear development to some timeframe down the road, the shipment of $1.5 billion in cold, hard cash to the Iranian regime (some of it in the middle of the night to free hostages against prior U.S. policy), and the sabotaging of a DEA operation to interdict a $1 billion-per-year drug smuggling operation conducted by Iran proxy Hezbollah.

The Iranian regime used the massive infusion of cash to continue funding its terrorist activities throughout the Middle East, some of which led to the deaths of American troops.

What’s more, it isn’t as if the Obama administration was not aware the Iranians would do that. Then-Secretary of State John Kerry told CNN, “I think that some of it will end up in the hands of the IRGC or other entities, some of which are labeled terrorists.”

He added: ”You know, to some degree, I’m not going to sit here and tell you that every component of that can be prevented.”

Well, of course it could have been prevented. Had Obama never authorized the transfer of the money in the first place, the Iranians would not have had it to spend…on terrorism…targeting U.S. interests and personnel. (Related: Barack Obama committed treason against America by approving “Spygate” — is he now the focus of investigations?)

But it gets worse that that.

You are likely aware that the U.S. Embassy in Baghdad came under siege by militants on Tuesday following American airstrikes against Iranian targets in Syria and Iraq in recent days. What you may not be aware of is that the militants are essentially Iranian proxy forces controlled by Tehran.

Tensions have been increasing in Iraq for months. Iran has been working to influence the political and foreign policy direction of the entire region, including its neighbor and one-time enemy, undermining what remaining influence the United States has there after occupying much of the country for a decade.

There’s more. The group that led the embassy siege is called the Iraqi Badr Corps, and its leader, Hadi Farhan al-Amiri, was once invited to Obama’s White House.

An official tied to Iran’s Revolutionary Guard Corps was part of the Iraqi delegation that visited the White House Monday for a meeting with President Obama, alarming some who say Iraq’s growing ties to Iran are among the most worrisome aspect of a U.S. pullout.

During the rule of Iraqi dictator Saddam Hussein, Amiri was head of the Badr Corps, which at the time was backed by the IRGC, “which has been linked to several attacks on Western targets,” Fox News added.

Obama’s diabolical treachery towards his own country was so profound he made deals with terrorist countries, gave them access to billions and billions of dollars, and allowed groups associated with Iran to target and kill American forces that he kept in Iraq and throughout the Middle East as commander-in-chief.

And all while lying to the American people that the deal he was attempting to make with Iran would keep us safe.

Nothing could be further from the truth.

The silver lining in this, however, is that Donald Trump is now president and, as Sen. Lindsey Graham (R-S.C.) reminded us this week, the current commander-in-chief isn’t going to tolerate any “Bengazis.”

To the Iranian government:

Be careful what you wish for — a country that depends on the ability to refine oil for its existence needs to be cautious.