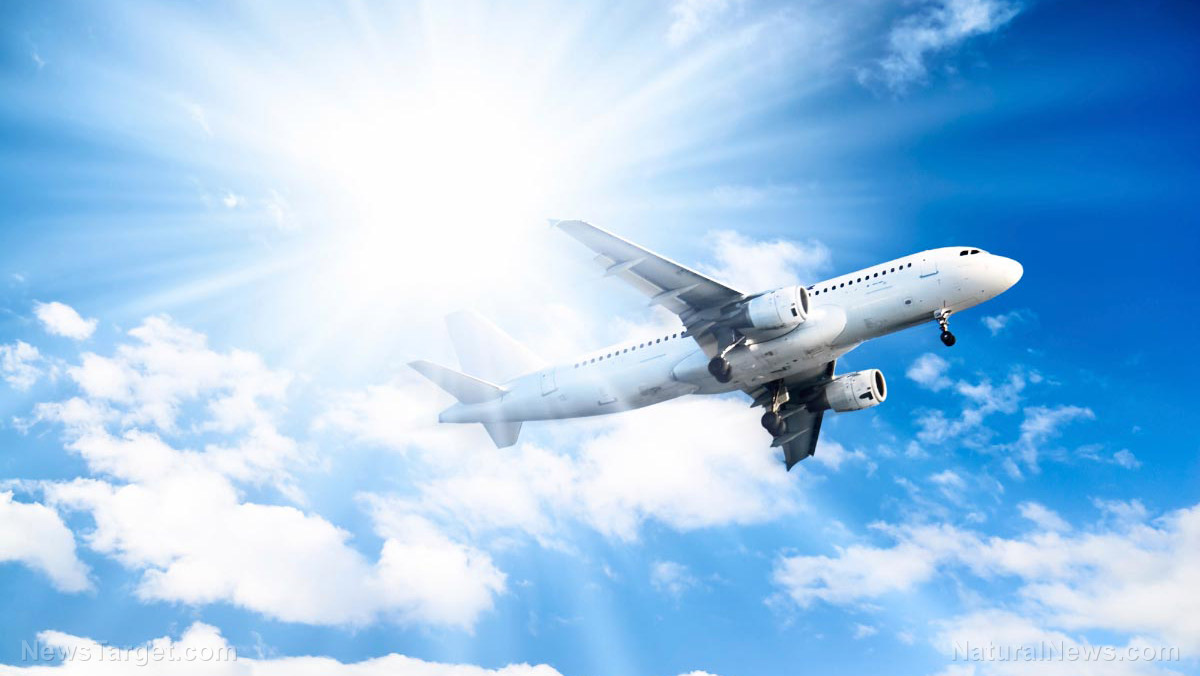 There really is nothing more annoying than a hypocrite. Very few of us are likely to pay attention to someone who insists on a certain course of action, but then doesn’t follow it themselves. Hypocrisy seems to reign supreme when it comes to global warming zealots, whether they are scientists, activists or celebrities. The latest example of this was when 25,000 scientists emitted 30,000 tons of CO2 in a single weekend when they traveled from far and wide to attend … wait for it … a global warming conference about CO2 emissions!

Peter Kalmus, a climate researcher with NASA’s Jet Propulsion Laboratory, highlighted this hypocrisy in an opinion piece he wrote for The Guardian a while back.

Kalmus pointed out that when thousands of earth, sun and planetary scientists flew to New Orleans to attend the American Geophysical Union’s annual meeting at the beginning of December, they undermined their own credibility.

In becoming scientists, we didn’t sign up to burn less fossil fuel or to be activists. But in the case of Earth science, we have front row seats to an unfolding catastrophe. Because of this, the public takes our temperature: if the experts don’t seem worried, how bad can it be? [Emphasis added]

And that’s the point: While scientific experts seem determined to terrify the public with tales of impending doom caused by catastrophic man-made global warming, they themselves carry on living their lives just as they did before, leaving the public convinced that the problem can’t really be all that bad.

After all, if you were convinced someone was slipping arsenic into your tea and slowly poisoning you, you wouldn’t just run around telling everybody you were being poisoned, but keep drinking the tea. You would take drastic and dramatic steps to avert the disaster. Climate change zealots seem to be all talk and no action, however, and it seriously undermines the credibility of their message.

Perhaps these scientists are not really as concerned about global warming as they pretend to be. Perhaps it is just trendy to agree with all the other sheeple. Or perhaps these experts are concerned about looking intellectually inferior if they do not go along with the crowd, while secretly not being all that concerned because they know the figures have been doctored?

Regardless, until global warming believers start walking the walk, it’s going to be really hard to take them seriously.

The truth is, climate change activists are among the worst culprits in the world when it comes to CO2 emissions. It’s like they think that fame or academia elevates them above the rest of us, and as long as they keep bleeting about climate change to make everybody else aware of the problem, they can continue living their own lives as normal.

Global warming propaganda is so pervasive that most of us feel guilty every time we get in our cars, convinced we’re destroying the planet with every mile we drive. Interestingly, Car Talk reported that heating a house produces about 4 tons of CO2 per year, and electricity use costs another 8 tons. The average car emits about 6 tons of CO2 annually. So, a family with a home and two cars is emitting about 24 tons of CO2 into the atmosphere each year.

Now let’s take a look at the CO2 emissions of some of the celebrities who are very vocal about global warming. A recent telethon for victims of Hurricanes Harvey and Irma began with a lecture about global warming and how it supposedly causes “extreme” weather phenomena like hurricanes. It featured messages and performances by several celebrities, including Justin Bieber and Leonardo DiCaprio.

All these celebrities have huge carbon footprints, however. Bieber, for example, burned through 22.45 tons of CO2 in the past year when he flew over 136,000 miles by plane, while DiCaprio – arguably the most vocal global warming celebrity activist – zips all over the world preaching his message, taking long distance flights twice a month, on average.

As the Mail reported:

The total emissions only takes into account the flights the celebrities have taken and is likely to be astronomic when driving, pollution from their concerts or films and the electric in their homes are considered.

Really, can we take any of these people seriously?