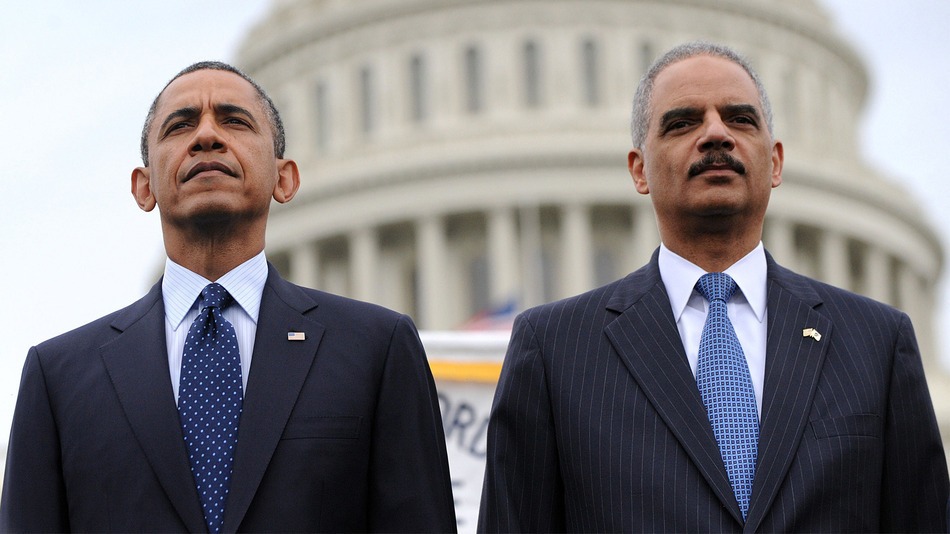 As House Democrats rush to impeach President Donald Trump for winning the 2016 election, we are reminded daily about how much scandalous behavior Barack Obama was allowed to get away with, probably because he was our first black president and Republicans were too afraid of being called “racists” to hold him accountable.

Though Obama and his vice president, Joe Biden, love to tell anyone with a TV camera that theirs was the most scandal-free administration ever, the reality is quite the opposite.

And in fact, scandal began very early in the Obama administration — within the first year of his first term, in fact, and it was massive.

“Operation Fast and Furious” was concocted by the Bureau of Alcohol, Tobacco, Firearms, and Explosives under the guise of the Justice Department, which was headed by long-time Left-wing activist lawyer Eric Holder.

The gist of the operation was this: Allow U.S. gun stores to sell firearms to straw buyers from Mexican cartels and ‘walk’ them back across the border, then ‘track’ the weapons to where the cartels were hiding.

As investigative reporter Sharyl Attkisson — who tracked Fast and Furious as a correspondent for CBS News — reported in September, “Fast and Furious was one of numerous secret ‘gunwalking’ operations launched by the federal government in the 2009-2011 time period that put thousands of assault rifles and other weapons into the hands of Mexican drug cartels.”

Border patrol agent Brian Terry and Immigration and Customs Enforcement agent Jaime Zapata were murdered by Mexican drug cartel thugs in separate incidents in 2010 and 2011 related to guns that were trafficked while under the watch of U.S. agents who neither intervened nor tracked the “walked” weapons.

Why would any U.S. administration allow thousands of weapons to fall into the hands of dangerous drug- and human-smuggling cartels and terrorists?

As Attkisson reported for CBS News in December 2011, the purpose behind the Obama administration operation was to use it as a push for new gun control laws.

While investigating the scandal, Attkisson discovered evidence that the ATF, under the Holder DoJ’s guidance, was essentially ‘creating’ a need for a new gun regulation which was called “Demand Letter 3.”

She noted that the letter would require some U.S. gun owners to report the sale of multiple “long guns” or rifles (especially ‘assault’ weapons).

After ATF HQ in Washington had gotten an update on the Fast and Furious operation, ATF Field Ops Assistant Director Mark Chait emailed Bill Newell, ATF’s Phoenix Special Agent in Charge on July 14, 2010 with a request.

“Bill – can you see if these guns were all purchased from the same (licensed gun dealer) and at one time. We are looking at anecdotal cases to support a demand letter on long gun multiple sales. Thanks,” it said.

Follow-on evidence also indicated that the Obama Justice Department, using the ATF operation as its impetus, was planning to push for new gun control legislation.

As you might have imagined, the operation and the reason behind it angered gun rights supporters. Larry Keane, then a spokesman for the National Shooting Sports Foundation, a gun industry group, said it was “deeply troubling” if sales by U.S. firearms dealers who were “voluntarily cooperating with ATF’s flawed ‘Operation Fast & Furious’ were going to be used by some individuals within ATF to justify imposing a multiple sales reporting requirement for rifles.”

Gun dealers cooperating with the ATF became more nervous as the operation progressed, often contacting the agency to ensure that they weren’t going to eventually be held liable for the sales.

They couldn’t know at the time they were being utilized as pawns in one of Obama’s schemes to take more guns away from Americans.