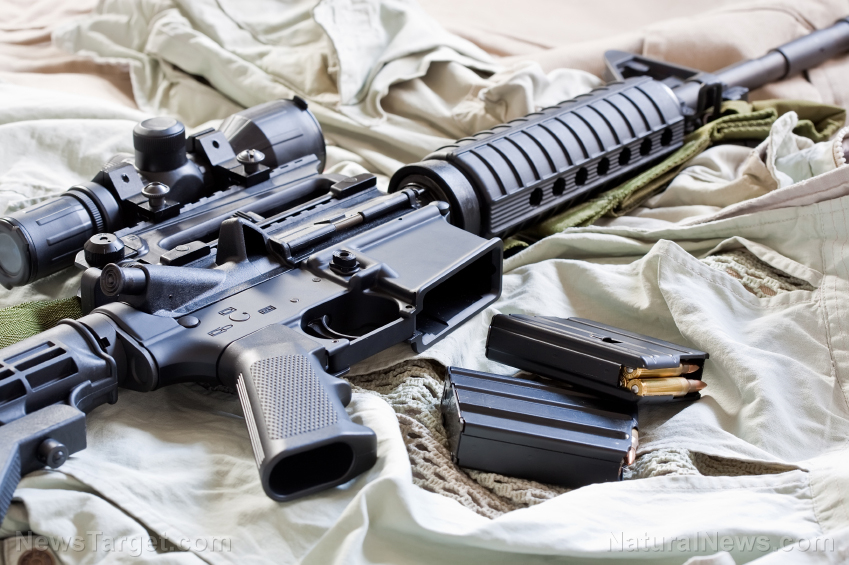 Many of our nation’s founding fathers and a number of our early presidents — including our first one, George Washington — were from Old Dominion, the state of Virginia.

While slavery was, of course, an abomination, the heart of the Confederacy was also in Virginia, with its capital in Richmond.

Since our nation’s founding, Virginia has always prided itself in the promotion of constitutionalism, individual liberty and freedom. But all of that changed earlier this month when Democrats won control of both chambers of the legislature while retaining control of the governor’s mansion.

And within a few weeks of taking power, Democrats have already moved to infringe on a constitutional right our Virginia-born founders explicitly forbade: The Second Amendment.

What’s more, the effort was led by a Democrat who wants to be our next president, Michael Bloomberg.

As reported by Ammoland:

Michael Bloomberg’s bought and paid for Virginia legislators have wasted no time introducing legislation that would make the Old Dominion’s gun laws worse than those of the billionaire’s home state of New York.

Specifically, Democrats are looking to pass Senate Bill 16, introduced by state Sen. Richard Saslaw, which would completely ban the ownership of some of the most common semi-automatic rifles including the AR-15.

What’s worse, the legislation would even ban common firearms parts, and — here’s the worst part — “the restrictions included in the proposed legislation does not grandfather current owners,” Ammoland reported, meaning the bill “is clearly designed to be firearms confiscation, as current owners would be forced to dispossess themselves of their property or face felony conviction.”

Only an authoritarian Democrat would penalize someone buying a product that was legal at one time. (Related: The genius of gun sanctuaries: This is how real Americans defend themselves against the lunatic, authoritarian Leftists who want to disarm – and then eliminate – all conservatives.)

A recipe for a new rebellion

“It is unlawful for any person to import, sell, transfer, manufacture, purchase, possess, or transport an assault firearm,” the legislation says, mischaracterizing such semi-automatic rifles as “assault weapons.”

Gun owners who are now law-abiding citizens would instantly become criminals or potential criminals if they decided not to comply, even for purchasing a firearm before the ban took effect. They could be convicted of a Class 6 felony, which, Ammoland said, is punishable by up to five years in prison.

The news site reported how the legislation would define an ‘assault firearm.’ Specifically:

— A semi-automatic centerfire rifle with a fixed magazine with a capacity greater than 10 rounds.

— A semi-automatic centerfire rifle with a detachable magazine that has one of the following characteristics:

This is the same recipe for gun confiscation of these very popular rifles that Democrats have been using for years — ever since the original “assault weapons ban” passed by the party and signed by President Bill Clinton in 1994.

In response to this obvious gun confiscation legislation as well as additional gun control Democrats are proposing, there is a growing number of Virginia counties that are becoming ‘gun sanctuaries’ — that is, jurisdictions that are pledging not to enforce even state-passed gun restrictions and certainly not confiscations.

“I’ve never seen anything like this, and I’ve been doing this for over 20 years,” Philip Van Cleave of the Virginia Citizens Defense League, a state-based pro-gun rights advocacy organization, told the Free Beacon.

Is Virginia going to be the epicenter for yet another ‘rebellion’ of Americans fed up with government overreach?