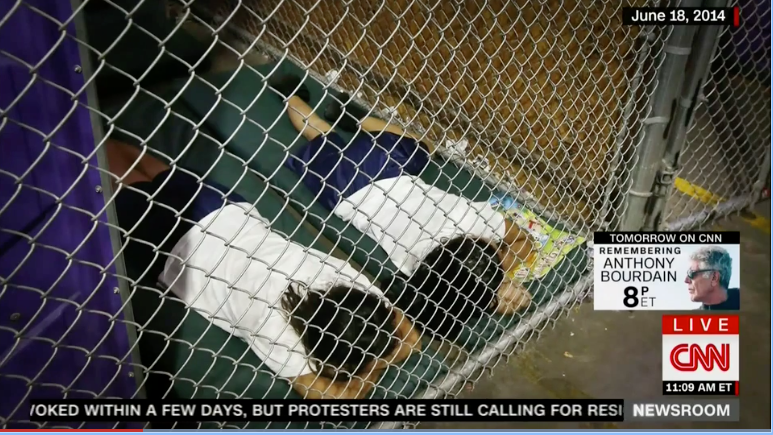 A story with the wrong “official narrative” was scrubbed by mainstream media outlets. After reporting on detained migrant children, AFP and Reuters scrubbed the story when the United Nations revealed it happened on Barack Obama’s watch.

Why The “Abject Silence” From The Left About Child Migrant Detentions Under Obama?

The media is now self-censoring when the numbers don’t align with their narrative. The thought manipulation of the public is on full display. Rather than issue a correction, several news agencies have instead opted to delete a story stating that 100,000 migrant children were detained in US border facilities. This decision to delete comes after the United Nations clarified that the number is years old, predating the age of Trump, according to RT.

AFP is withdrawing this story.

We will delete the story. https://t.co/p30UjEWl7u

Many Twitter users noticed that the story was scrubbed because the numbers reflect poorly on Obama, not their nemesis, Donald Trump.

2015, the year I blew the whistle on the release of the children to criminal sponsors, including sex offenders… pic.twitter.com/69Mnjl1pk3

"We're pulling the story because it makes Obama look bad and our whole purpose was to make Trump look bad.". There…corrected it for you!

Once responsibility for the vast number of detentions was passed from Trump to Obama, however, the author of the story decided to clarify further that the 100,000 figure referred to the “cumulative number of migrant children detained at any point in 2015”, rather than all at one time, another caveat he conveniently forgot to explain previously.

Despite frequent and vocal criticisms of President Trump’s border policies, his predecessor’s approach to immigration was not entirely different, even earning Obama the moniker of “Deporter in Chief.” During his first term, President Obama deported some 400,000 migrants each year, setting a record for himself in 2012 at over 409,000. President Trump, meanwhile, has deported fewer than 300,000 each year since taking office in 2017. –RT

But the story didn’t fit the narrative that the mainstream media is attempting to shove down the throats of Americans, so it was scrubbed – not edited to reflect Obama as the bad guy.

I mean Obama Put Over One Hundred Thousand Children Into Detention Camps, Cages, And Dog Kennels seems a newsworthy headline, since the press still hasn't meaningfully addressed the fact that @BarackObama actually did that, but sure, delete the article as if it was never written.

So much for an unbiased and factual press.