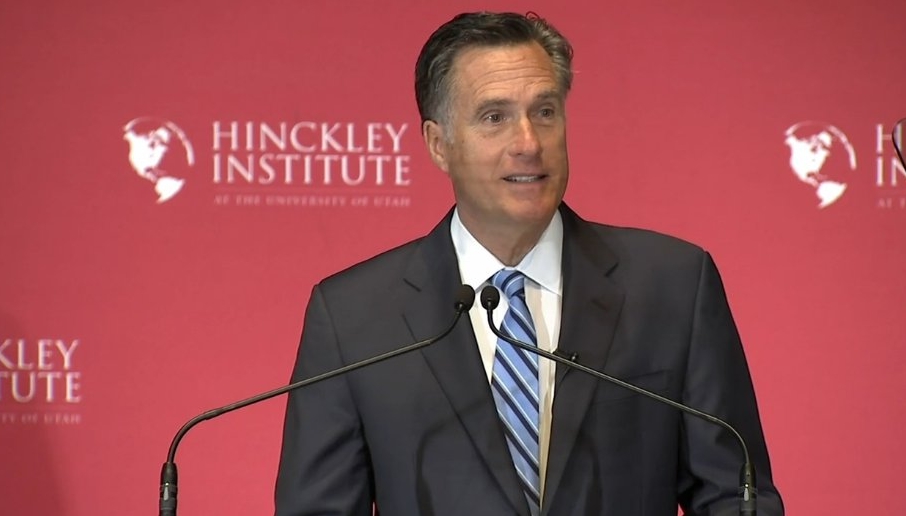 The two-time Republican presidential contender who didn’t capture the party’s nomination in 2008 then lost a winnable election against an unpopular President Obama in 2012, has never forgiven Donald Trump for doing what the former Massachusetts governor was never able to do.

So full of contempt for President Trump is this man that he has gone out of his way to become the new iteration of anti-Trump RINO (Republican In Name Only) Jeff Flake and the late John McCain, both of Arizona.

So deranged is Romney that he actually took the time to create a fake Twitter account under the ridiculous name of “Pierre Delecto” so that he could anonymously bash the president will simultaneously praising himself.

As reported by The Atlantic, Romney admitted that he had a secret Twitter account but did not reveal the identity of that account. When the reporter asked about a hashtag — #IMPEACHMITTROMNEY — that the president tweeted into existence earlier this month, Romney replied, per the magazine:

“That’s kind of what he does,” Romney said with a shrug, and then got up to retrieve an iPad from his desk. He explained that he uses a secret Twitter account—“What do they call me, a lurker?”—to keep tabs on the political conversation. “I won’t give you the name of it,” he said, but “I’m following 668 people.” Swiping at his tablet, he recited some of the accounts he follows, including journalists, late-night comedians (“What’s his name, the big redhead from Boston?”), and athletes. Trump was not among them. “He tweets so much,” Romney said, comparing the president to one of his nieces who overshares on Instagram. “I love her, but it’s like, Ah, it’s too much.”

Romney is usually pretty guarded so the reveal that he had a secret Twitter identity was a big deal and it set Internet sleuths into action.

Slate contributor Ashley Feinberg came up with it: Pierre Delecto.

What a petty little puke

As The Gateway Pundit reported, it was obvious from ‘Pierre’s’ liked tweets and retweets he can’t stand President Trump, as he retweeted posts from #NeverTrumpers George Conway (White House counselor KellyAnne Conway’s jealous husband), libertarian Jonah Goldberg, and Evan McMullin, a former CIA operative and frequent Trump critic who ran as an Independent for president in 2016 (and attended BYU in Salt Lake City, Utah).

These are the people Pierre Romney seeks to highlight and support over a president whose only ‘fault’ is that he’s not a member of the political establishment and never will be.

“Everything about this story says so much about Mitt Romney: his pettiness, his insecurity, his lack of character, honesty, and decency, starting with how it all unraveled: Romney doing business with the establishment media — in this case, the far-left Atlantic and activist-reporter, McKay Coppins, who was originally hired at BuzzFeed to destroy Romney’s 2012 presidential campaign,” Breitbart News’ John Nolte wrote.

Coppins was hired back in the 2011 by BuzzFeed as a “media-approved Mormon,” in Nolte’s words — someone who could criticize Romney as he ran to unseat Obama without being called a religious zealot. He even accused Romney of inciting a “race war” over his proposals to reform welfare.

These are the kind of people with which Romney now wants to associate: Left-wing hypocrites and bigots who themselves were so opposed to his candidacy.

This sordid fake Twitter account episode reminds us of another one used by former Rep. Anthony Weiner, who used the account “Carlos Danger” to troll for under-aged girls.

Romney is a disgrace, period. He couldn’t win the presidency, Trump didn’t want him fouling up his Cabinet, so he’s angry.