Uncensored and Independent Media News
Home
Health Freedom
Second Amendment
Prepping
Survival
Censorship
Subscribe
SHOP
Popular Articles
When Obama and Facebook teamed up in 2012 that was “technological genius,” but when Trump does the same thing, it’s a “scandal”
03/21/2018 / By JD Heyes / Comments 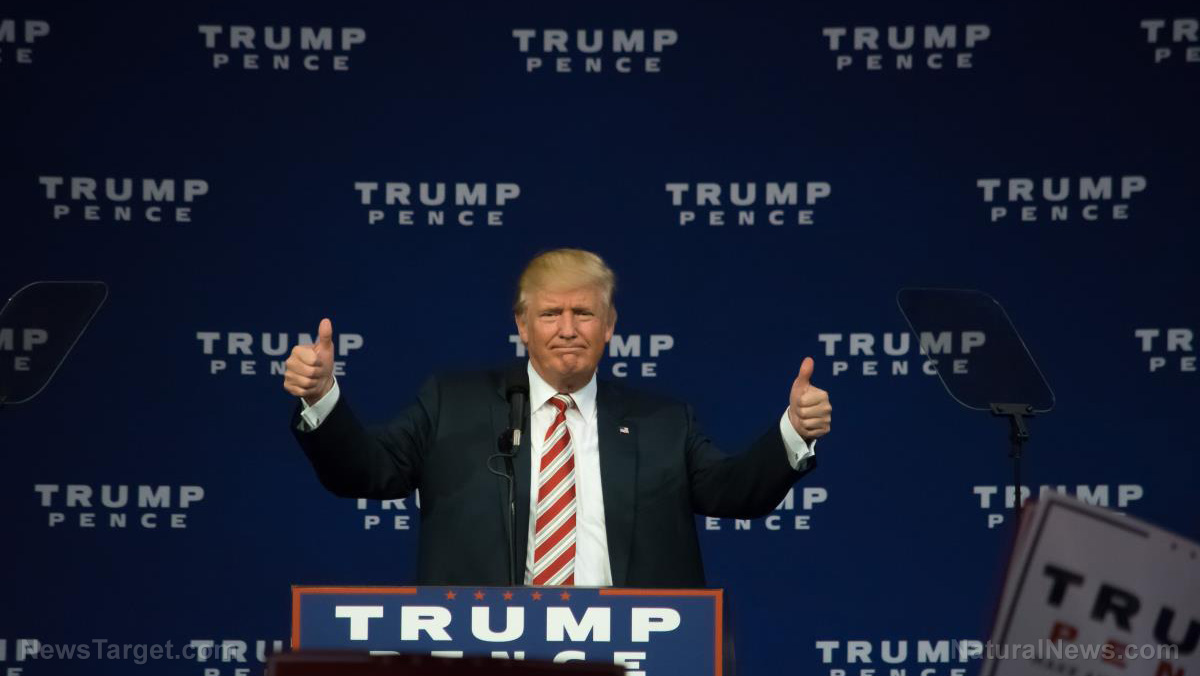 In recent days the Left-leaning Guardian newspaper published a “bombshell” report based on interviews spanning more than a year’s time. The interviews were with a tech nerd who helped a political consulting firm financed by billionaire Robert Mercer mine Facebook data so it could target Americans with pro-Trump messaging.

After reading the story you might be tempted to believe that somehow what the consulting firm, Cambridge Analytica, its chief investor, Mercer, and the campaign of Donald J. Trump, did was illegal or, at the very least, wrong.

But in reality, what Mercer’s firm did is nothing less than what the reelection campaign of President Obama did in 2012. And, in fact, you could even say that the Obama campaign had significant amounts of help from Facebook’s uber-liberal creator, Mark Zuckerberg, and his Alt-Left editorial and data team managers.

The tech nerd who ‘spilled the beans’ of this ‘operation,’ Christopher Wylie, “offers a unique, worm’s-eye view of the events of 2016. Of how Facebook was hijacked, repurposed to become a theatre of war: how it became a launchpad for what seems to be an extraordinary attack on the US’s democratic process,” the Guardian reported breathlessly.

My. The Trump campaign is all that, huh? Not bad for a political neophyte whom the Left has characterized as the dumbest, most boorish, awful man to ever sit in the Oval Office.

Ah, but as is always the case when it comes to these wild accusations from the Left in the Age of Trump, the truth is far more revealing.

And the truth is, if anyone benefited in an outsized way from ‘mining’ Facebook’s user data, it was Barack Hussein Obama.

As noted by the Independent Journal Review:

A former Obama campaign official is claiming that Facebook knowingly allowed them to mine massive amounts of Facebook data — more than they would’ve allowed someone else to do — because they were supportive of the campaign.

In a Sunday tweet thread, Carol Davidsen, former director of integration and media analytics for Obama for America, said the 2012 campaign led Facebook to “suck out the whole social graph” and target potential voters. They would then use that data to do things like append their email lists.

She noted further that Facebook became an accessory to the data theft, saying that when the company became wise to it they were “surprised” but did not stop the Obama campaign.

“Facebook was surprised we were able to suck out the whole social graph, but they didn’t stop us once they realized that was what we were doing,” she tweeted.

Facebook was surprised we were able to suck out the whole social graph, but they didn’t stop us once they realized that was what we were doing.

She added: “They came to office in the days following election recruiting & were candid that they allowed us to do things they wouldn’t have allowed someone else to do because they were on our side.”

They came to office in the days following election recruiting & were very candid that they allowed us to do things they wouldn’t have allowed someone else to do because they were on our side.

Only the Trump campaign, via Cambridge Analytica, figured out how to legally mine data on Trump supporters. As Investors Business Daily notes:

According to various news accounts, a professor at Cambridge University built a Facebook app around 2014 that involved a personality quiz. About 270,000 users of the app agreed to share some of their Facebook information, as well as data from people on their friends list. As a result, tens of millions ended up part of this data-mining operation.

Consulting firm Cambridge Analytica, which paid for the research, later worked with the Trump campaign to help them target advertising campaigns on Facebook, using the data they’d gathered on users.

But there’s also this reality: The Trump campaign used Cambridge during the primaries but after Trump won the nomination his campaign used voter data supplied by the Republican National Committee.

Granted, these facts aren’t as sexy as hijacked, repurposed, and theater of war, but hey, when it comes to dumping on Trump, you can’t accuse the ‘mainstream’ media of being fair. Or accurate.