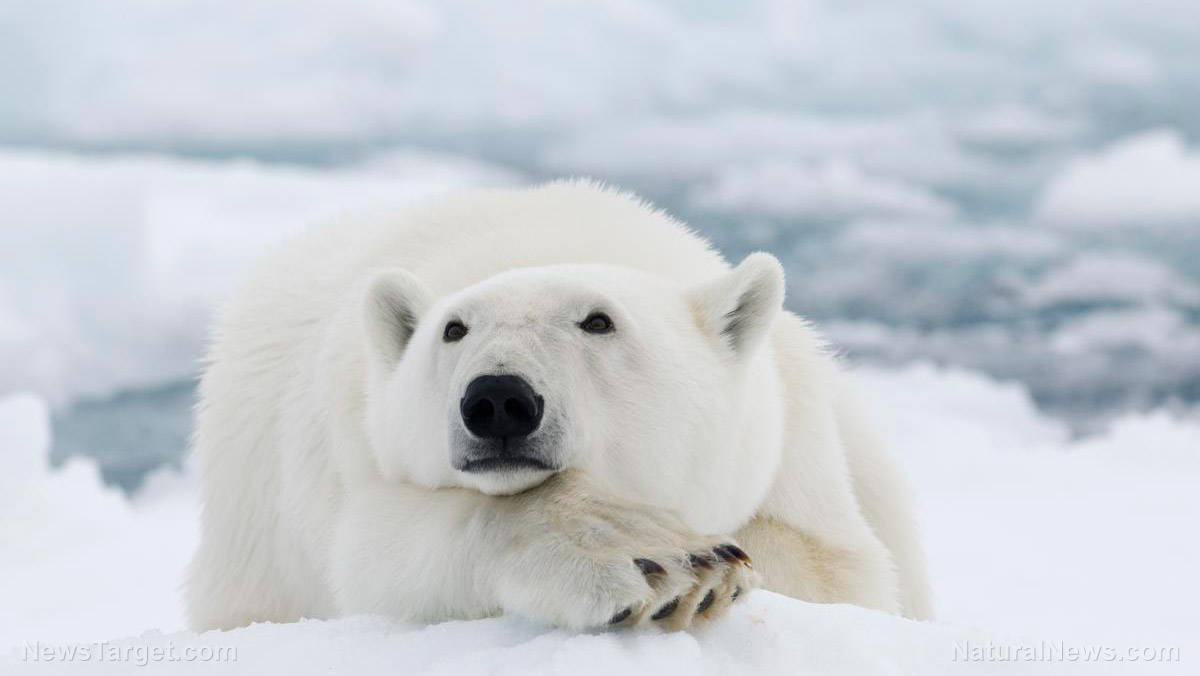 The theory of man-made climate change only makes sense if you tweak the timelines around to say what you want them to say. This is what the climate lobby does every single day by claiming that the world is getting hotter, or that arctic ice is melting, neither of which is true if you look at the complete data picture.

Mike “Mish” Shedlock from Money Maven describes it as alarmist data, meaning it’s cherry picked by climate fanatics to support their mass hysteria rather than the truth – and most scientists are too afraid to spill the beans for fear that they might lose their jobs.

Take heat waves, for instance. The climate brigade routinely points to data charts starting in the 1960s that show steadily rising temperatures up until today, which they claim serves as “proof” that global warming is real. But if you look at heat data going back to the early 1900s rather than the 1960s, temperatures are actually down overall.

The same is true for wildfires, which we’re told are more prevalent today than ever before in history. But that’s only “true” if you look back to the 1980s, as historical data going back once again to the early 1900s shows that wildfire activity is drastically lower today than it was back then.

Polar ice caps are another climate talking point, as climate alarmists claim they’ve been steadily melting for several decades now, which is technically true. But data going back before 1975, which is the year climate fanatics often start with, shows that the polar ice caps continue to wax and wane in size, but typically gravitate back towards an equilibrium point.

Another common data hoax involves ocean levels, which graphics often depict as rising based on data that starts in the 1920s, right around the time of the industrial revolution. But if you look at ocean levels going back to 1850 and even longer prior to that, it becomes clear that ocean levels have been rising forever, and have nothing to do with man-made pollution as the climate crazies claim.

For more related news about the climate change hoax, be sure to check out Climate.news.

Why more scientists aren’t coming out to condemn all these climate lies has everything to do with the politics surrounding climate change. As Greenpeace Canada co-founder Patrick Moore recently admitted, climate change is a globalist scam designed to part wealthier countries from their money and redistribute it to the Third World.

“Fear has been used all through history to gain control of people’s minds and wallets and all else, and the climate catastrophe is strictly a fear campaign – well, fear and guilt – you’re afraid you’re killing your children because you’re driving them in your SUV and emitting carbon dioxide into the atmosphere and you feel guilty for doing that,” Moore is quoted as saying.

“There’s no stronger motivation than those two.”

Dr. Ottmar Endenhofer from the United Nations Intergovernmental Panel on Climate Change (IPCC) basically admitted this himself during a November 13, 2010, interview. Endenhofer stated that the job of the UN-IPCC is to “redistribute de facto the world’s wealth by climate policy.”

Endenhofer further added during that same interview that people need to “free” themselves from ” the illusion that international climate policy is environmental policy.” Instead, he stated, climate change is a political strategy for manipulating the masses into accepting the globalist agenda for the planet.

Read about more examples of clown science at ScienceClowns.com.