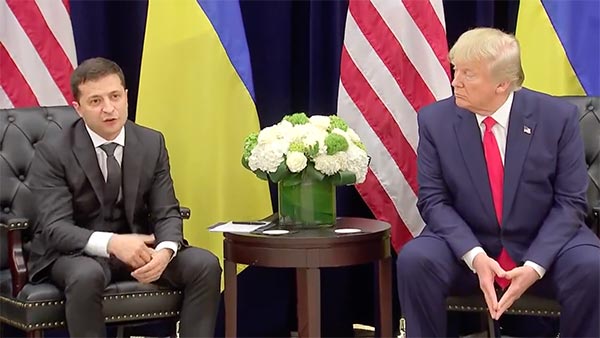 With every new detail we learn about “Spygate,” the Obama-era operation to undermine President Donald Trump and remove him from office with a phony allegation of “Russian collusion,” we can see clearly there were many elements of the Deep State working in concert to carry out the biggest political scandal in the history of our country.

So far, no one has been held accountable for Spygate — not James Comey, Hillary Clinton, Barack Obama, Peter Strzok, Andrew McCabe, Bruce Ohr, Sally Yates, or other lower-level operatives in government and the Intelligence Community who were involved.

But we know now that because of the actions of these seditious individuals, there most definitely is a political bias against our president and anyone like him who may be contemplating a run for the White House in the future. So much for doing one’s duty in a neutral fashion and on behalf of the American people to serve who we choose as our leader.

Now, we’re seeing the latest Democrat-run Deep State coup attempt against President Trump: A manufactured “scandal” involving a phone call between him and the leader of Ukraine, Volodymyr Zelenskyy.

The narrative is based on the claims of a “whistleblower” who has been reported to be a CIA employee detailed to the White House. Though this whistleblower, who hasn’t been identified by name yet, never actually heard the president’s call with Zelenskyy; he/she was basing his/her complaint on second-hand information.

But, apparently, that’s not all.

On Thursday the House Intelligence Committee hauled acting Director of National Intelligence Joseph Maguire in for questioning, though it turned out to be nothing more than the usual Democrat posturing and, since their party controls the lower chamber, they can get away with abusing the process.

Democrats are accusing Trump of doing what Obama did to HIM

In any event, when it was Rep. John Radcliffe’s (R-Texas) turn to question McGuire, he roasted fellow Democrats and essentially dashed any hopes that the president is actually going to be impeached.

How? By exposing the fact that this whistleblower relied mostly on fake news outlets like the Washington Post and Politico, both of whom have published so many false “bombshells” about Trump you’d think it was their job to be wrong. (Related: ROFL! Texas GOP Rep. McCaul trolls Nancy Pelosi over impeachment with ‘Throwback Thursday’ moment.)

“The Democrats are intent on impeaching President Trump for lawful conduct,” Radcliffe said.

“The whistleblower then goes on to say, ‘I was not a direct witness to the events described’ … In other words, all of this is secondhand information. None of it is firsthand information,” Radcliffe, a former federal prosecutor, continued.

“The sources the whistleblower bases his complaints on include the Washington Post, The New York Times, Politico, The Hill, Bloomberg, ABC News and others. In other words, much like the Steel Dossier the allegations in whistleblower’s complaints are based on third-hand mainstream media sources, rather than first hand information,” he said.

The Washington Examiner, which is supposed to be a ‘fair’ news organization but is looking more and more like just another anti-Trump Internet rag, even admitted that “the complaint did not contain firsthand accounts of the controversial phone call, only secondhand and thirdhand information.”

So why are we talking “impeachment” here? And while everyone is focused on President Trump, let’s never forget that:

— Joe Biden actually did threaten Ukraine in a quid pro quo fashion — telling that government to fire a prosecutor who was looking into a corrupt company that was paying his son, Hunter, $50k a month to be a board member (they did fire the prosecutor and Biden is on video bragging about it, which should be Exhibit A in his indictment for abuse of power).

— Trump was the target of Spygate, which involved the Obama administration using foreign sources in an attempt to dig up dirt on him (where are the indictments?).

Trump is being accused of doing exactly what Democrats have done to him. It’s a disgrace.