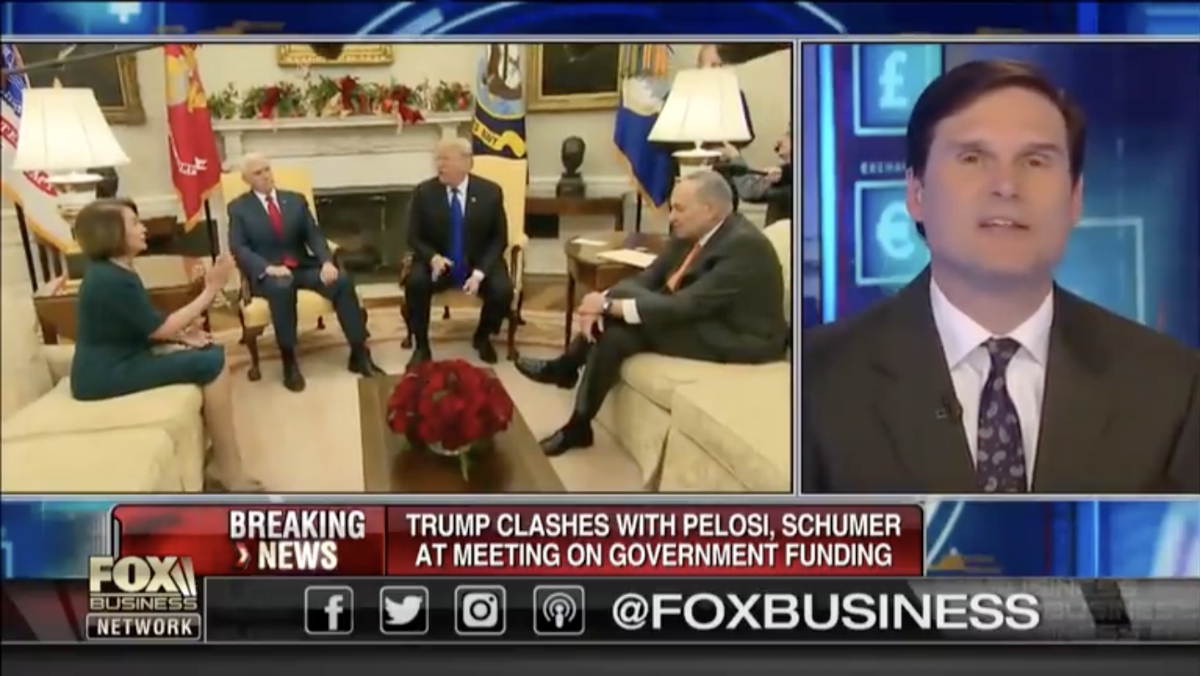 If you ever want to know what scandals Democrats are involved in, just wait and they’ll tell you.

How? Easy; they will blame Republicans for doing exactly what they’ve done.

Case in point: Democrats and their sycophantic media allies are accusing President Trump of treason or sedition or some other illegality for asking Ukrainian President Volodymyr Zelensky to assist the Justice Department with an investigation related to former Vice President Joe Biden and his son, Hunter Biden.

But in reality, three Democrat senators did the very same thing last year: They asked Ukraine for political dirt on President Trump.

The difference is, the Bidens really are guilty of corruption, according to presidential lawyer Rudy Giuliani, who told Fox News’ Laura Ingraham Tuesday night he has all the documents proving it (see video below).

And the president, as we know, really was the subject of a coup attempt by Biden’s president, Barack Obama, a.k.a. “Spygate.”

Democrats wrote to the Ukrainian government in May 2018 urging it to continue investigations into President Donald Trump’s alleged collusion with Russia in the 2016 presidential campaign — collusion later found not to exist. The demand, which came from U.S. Senators Robert Menendez (D-NJ), Dick Durbin (D-IL), and Patrick Leahy (D-VT), resurfaced Wednesday in an opinion piece written by conservative Marc Thiessen in the Washington Post.

Of course we know that the “Russian collusion” narrative was nothing but a big, fat hoax devised during the Obama administration and carried out by Deep State actors who were furious that Americans would dare to elect as president a candidate they had not hand-picked and ‘approved.’

Not only was there never any evidence for it, even the Deep State’s special counsel, Robert Mueller, confirmed as much. But that didn’t stop these Democrats from pressing a foreign government to find dirt on a sitting U.S. president. (Related: BREAKING: Nancy Pelosi caves to her lunatic Democrat base as she announces “full” impeachment inquiry into Trump.)

“Ironically,” Breitbart News continued, “Speaker of the House Nancy Pelosi (D-CA) declared Tuesday that the mere possibility that President Trump had asked Ukraine to continue an investigation of [former VP Biden] — even without a quid pro quo — was enough to trigger an impeachment inquiry.”

We can’t completely fault the mainstream media for ignoring these realities, however. In May 2018, though the story received little attention at the time, even CNN reported that Menendez, Durbin, and Leahy wrote to the Ukrainian prosecutor general, Yuriy Lutsenko, “expressing concern at the closing of four investigations they said were critical to the Mueller probe,” Thiessen wrote. They demanded that Lutsenko “reverse course and halt any efforts to impede cooperation” with Mueller’s probe.

But this isn’t the first evidence of Democrat collusion involving attempts to get dirt on President Trump from Ukraine. As The National Sentinel reported in May, the campaign of Hillary Clinton and the Democratic National Committee tried to do the same thing during the 2016 election — though, again, it was Trump who was accused by these fraudster Democrats of ‘colluding’ with a foreign power to ‘steal the election’:

The Ukrainian government has admitted that the Democratic National Committee and the campaign of Hillary Clinton attempted to reach out and collude with officials during the 2016 election.

The Hill’s John Solomon noted further that in a detailed account the Ukrainian embassy in Washington, D.C., told him a DNC insider “solicited dirt on Donald Trump’s campaign chairman and even tried to enlist the country’s president to help.”

In particular, DNC contractor Alexandra Chalupa was looking for any info the Ukrainian government had on Paul Manafort, who had some business dealings with the government there. Manafort has since been convicted and sentenced for essentially being involved in Trump’s 2016 campaign.

Democrats will always tell you what they’ve done wrong — by blaming their political nemeses.