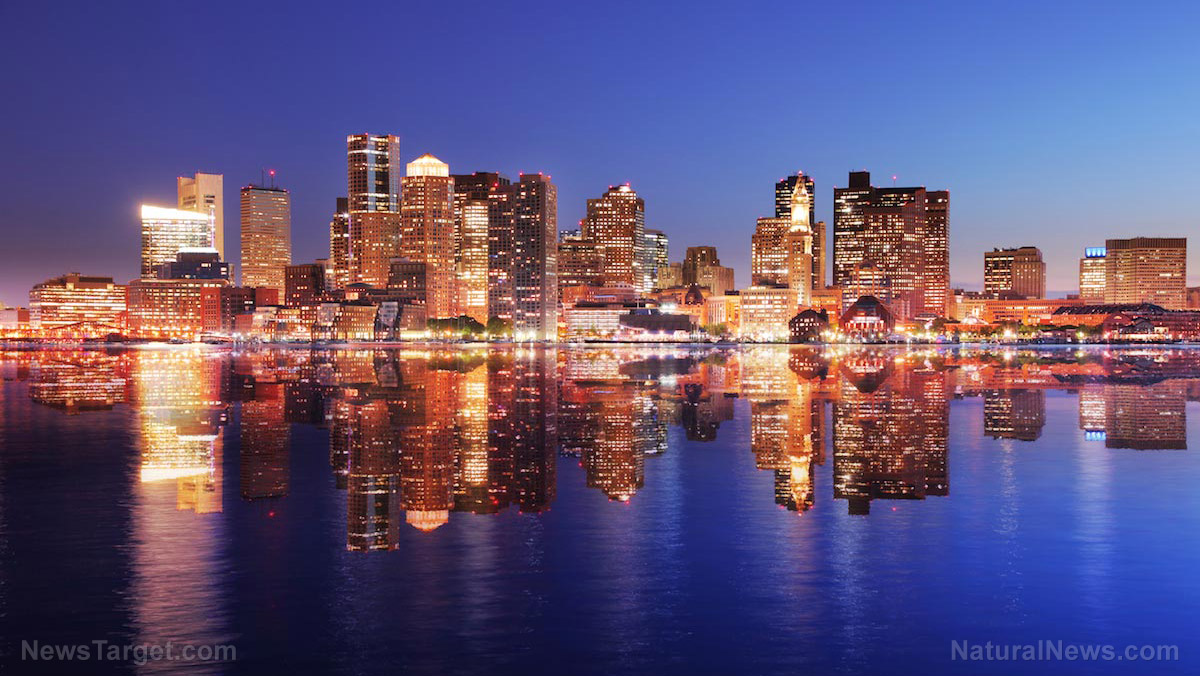 Slowly but surely Left-wing Democrat city officials are alienating themselves and, by default their communities, from the men and women who form the thin blue line between order and anarchy.

Following a weekend of violence in which four police officers were injured, Boston Mayor Martin Walsh appeared to immediately take the side of Antifa domestic terrorists who were committing acts of violence during a “Straight Pride” parade.

“Let me be clear that I take any accusation of police misconduct seriously,” Walsh said in a statement his office released to the public.

“I also want to be clear that sowing division between people is exactly the goal of Straight Pride organizers, and I will not stand for it.

“Just as the people of Boston work to make our values of love, inclusion, and acceptance known to all, our public safety officials work tirelessly to keep people safe from harm every single day of the year, and that will never change,” he said, Big League Politics reported.

Unless, of course, libtard mayors like Walsh and city councils with similar attitudes towards police continue slamming them and blaming them first — without ever seeing a scrap of evidence or hearing a single piece of testimony.

And notice, won’t you, that every single Left-wing Democrat says the same thing: They’re all about ‘inclusion,’ peace, love, tolerance — except for citizens who don’t agree with them.

Then, suddenly, the opposing viewpoint is “divisive,” not the Left’s viewpoint. Suddenly, proclaiming that you’re a straight person is ‘harmful’ to the city and body politic, but not when people come out to march and demonstrate while proclaiming they are gay, lesbian, or bisexual.

No. Anyone who does that is full of ‘love’ and ‘tolerance’ and ‘acceptance.”

Except that they’re really not tolerant, peaceful, and full of love and acceptance, as studies have shown. Because they are so full of hate for anyone who doesn’t agree with them.

Walsh is no different, though of course, he pretends like he is. All Leftists believe they are. They all think their point of view is the only valid one there is, and that everyone else is wrong, racist, homophobic, intolerant, violent, bigoted, etc.

These thugs will probably get away with their violence — again

Thankfully, Boston law enforcement officials are pushing back against their biased and, yes, divisive mayor. They say their officers did their jobs in keeping the piece against Antifa scumbags and terrorists who have trashed entire city blocks in other jurisdictions and attacked anyone who they pleased.

“Boston Police officers work hard every day to protect the residents throughout all of Boston’s neighborhoods. Yesterday, under difficult conditions, officers strove to ensure the safety of all at the parade,” Boston police commissioner William Gross said.

One city councilman, Timothy McCarthy, who heads up the panel’s public safety, said he thinks the Antifa thugs who were arrested for being violent ought to be harshly punished, no doubt to set an example to the rest of them that their nonsense won’t become the norm.

“To have anybody have violence against the Boston Police Department, any of its officers, is absolutely uncalled for and they should be prosecuted to the absolute utmost of the law,” McCarthy told the Boston Herald.

“They want peace — they want to go home safely themselves,” McCarthy said of police officers. “When people attack Boston police officers, it absolutely should not be stood for.”

But that’s not likely to happen. Suffolk County District Attorney Rachel Rollins is a libtard and she’s got a Left-wing ‘soft on crime’ philosophy, Big League Politics reports.

“We’re reviewing each arrest and will make informed decisions based on the facts and the policies of this office,” said an official from Rollins’ office.

Translated: Antifa will get away with it. Again.

And people wonder why our cities are self-destructing. Thank a Democrat.