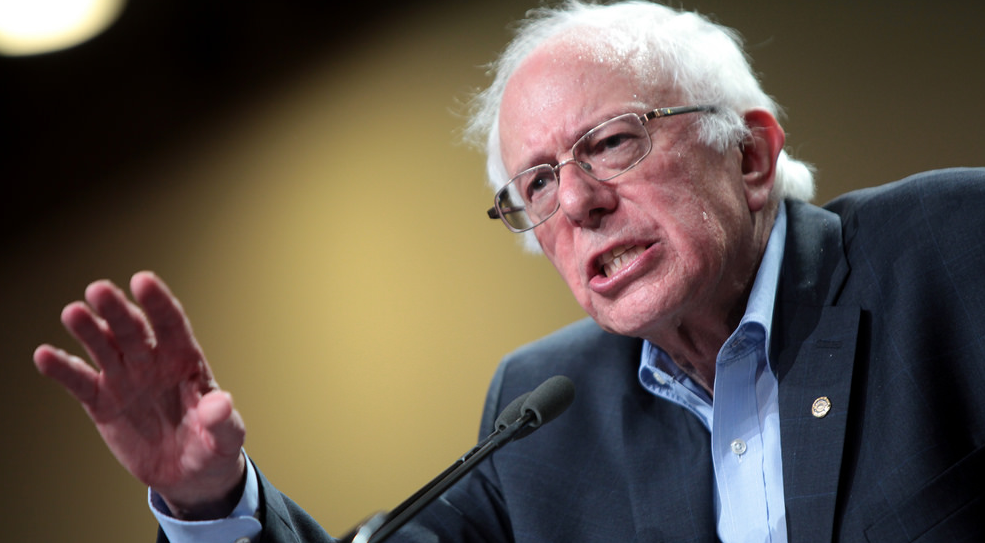 Last night, CNN hosted a seven-hour town hall to discuss climate change. The most remarkable thing about the whole affair is that a studio audience actually volunteered to sit through the entire event. I’m not sure if they were mostly prisoners on work release or sadomasochists punishing themselves for the thrill of it, but we do know that at least one audience member was an avowed eugenicist.

The Daily Wire reported on a disturbing exchange between the eugenics-loving town hall attendee and Sen. Bernie Sanders (I-VT):

Martha Readyoff, identified by CNN as a teacher, said to Sanders: “Human population growth has more than doubled in the last 50 years, the planet cannot sustain this growth.”

“Empowering women, and educating everyone on the need to curb population growth seems a reasonable campaign to enact,” Readyoff continued. “Would you be courageous enough to discuss this issue and make it a key feature of a plan to address climate catastrophe.”

“The answer’s ‘yes,'” Bernie responded. “Women in the United States of Americas, by the way, have a right to control their own bodies and make reproductive decisions.”

“And the Mexico City agreement — which denies American aid to those organizations around the world that allow women to have abortions or even get involved in birth control — to me is totally absurd,” Sanders continued. “So I think, especially in poor countries around the world where women do not necessarily want to have large numbers of babies and where they can have the opportunity through birth control to control the number of kids they have, it’s something I very strongly support.”

Put more succinctly: Sanders thinks there are too many people in the world and he wants to thin the herd by killing babies — especially poor babies. It should be noted here that overpopulation is a pernicious and thoroughly debunked myth. We are not anywhere close to running out of room on the globe. At our current population level, everyone in the world could still fit comfortably into the state of Texas (and, with our porous borders, maybe one day they will).

Of course, resource distribution is a different question. The Earth can fit everyone, but can it feed everyone? The answer, again, is yes. There are many starving people in the world, but that’s due to various convergent factors — corrupt governments being a significant one — that have nothing to do with any scarcity of resources. Thousands of years ago, the human population was a fraction of its current level, but poverty and starvation were far more common than they are today. That would seem to indicate that the sustainability problem has little, if anything, to do with population growth.

Read more at: DailyWire.com and Depopulation.news.