Why isn’t the United States suing Mexico for all the kidnappings, murders, muggings and rapes of Americans south of the border? 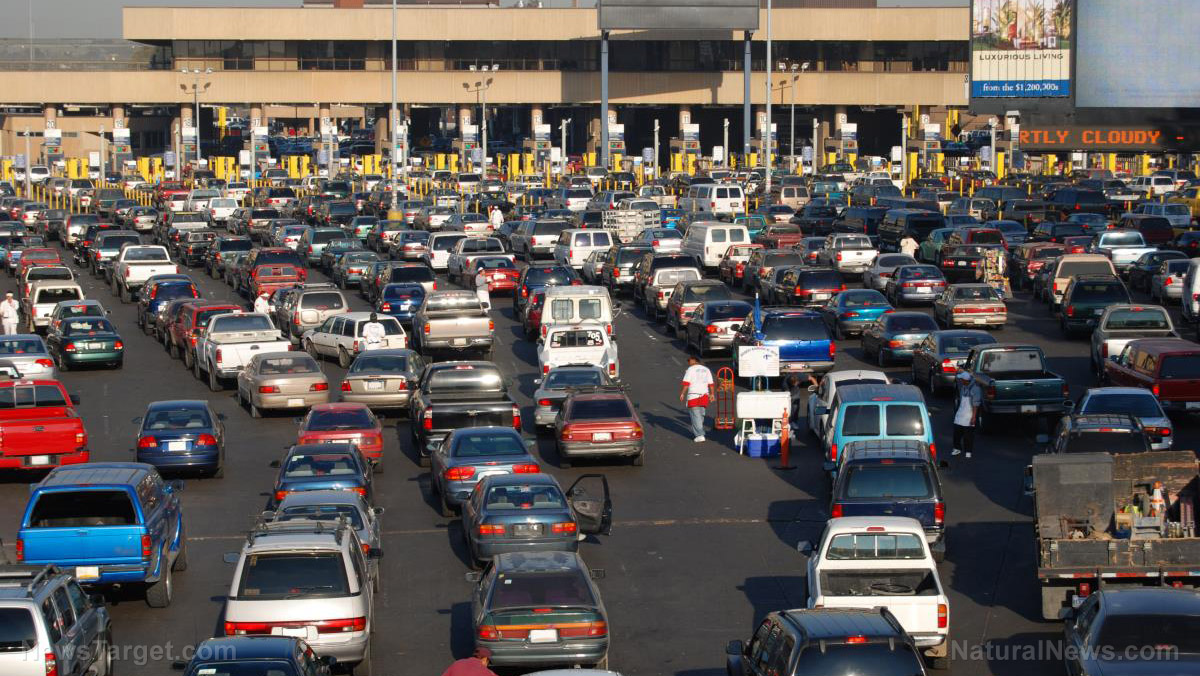 The nation of Mexico has decided to virtue signal sentiments of disgust over the Mexicans who were allegedly killed during the recent mass shooting that was reported in El Paso, Texas, with Mexican leaders now promising to sue the United States for failing “to protect Mexicans in the U.S.”

Even though more Americans are murdered every year in Mexico than in all other foreign countries combined, Mexico has apparently been emboldened by radical leftists to take aim at America for somehow failing to prevent illegal Hispanics from dying in random mass shootings.

“[T]he position from Mexico translates first as protecting the affected families and after in effective, swift, expeditious and forceful legal actions to protect Mexicans in the U.S. … in accordance with international law,” proclaimed Marcelo Ebrard, Mexico’s Secretary of Foreign Affairs, in the aftermath of the alleged El Paso shooting.

Also hopping on the virtue signaling bandwagon was Martha Bárcena, Mexico’s ambassador to Washington, who tweeted that “[t]he intentionality of the attack against the Mexicans and the Latino community in El Paso is frightening” – even though the Federal Bureau of Investigation (FBI) has not even publicly released the names nor the ethnic identities of the alleged victims.

“NO to hate speech,” Bárcena went on to tweet. “NO to xenophobic discourse.”

Not to be left out, Mexican President Andrés Manuel López Obrador also took to social media to state that these supposed events in Texas have reaffirmed his “conviction” that “social problems shouldn’t be confronted with the use of force and by inciting hate.”

For more related news, be sure to check out Libtards.news and FalseFlag.news.

If you or a loved one has ever been victimized while visiting Mexico, it’s probably a good idea to sue the Mexican government for failing to provide proper protection

Meanwhile, the death toll of Americans and others who visit Mexico for vacations continues to rise, with no threat thus far of Mexico being sued for failing to protect foreign visitors against the Mexican nationals who are murdering them in cold blood.

The U.S. State Department has warned Americans not to visit places like Sinaloa, Colima, Michoacan, Guerrero, and Tamaulipas because violent crime is so rampant in these areas that they’re almost sure to be violently assaulted or killed.

Even the popular tourist destination of Cancun is fast becoming a no-go zone, with more than 14 murders having been reported last year over the course of just three days.

Just in the first three months of 2018, more than 100 people were reported murdered in Cancun, which Mexican officials have yet to address with “reparations” for the victims’ families and loved ones. Perhaps it’s time for these families to start filing lawsuits against the Mexican government for failing to protect their kin?

It’s only fair, after all, that Mexico be held accountable for the endless waves of violent crime that put non-Mexicans at risk of bodily harm of death when traveling there. Since tourism is one of Mexico’s primary industries, it would be a real shame if this cash cow dried up because Mexican authorities are too busy pretending as though the real “injustice” is that Mexicans in the U.S. illegally are occasionally victimized – that is, when they’re not out victimizing others.

As it turns out, Mexico has a murder rate “five times higher than the U.S.,” according to one Zero Hedge commenter.

“Mexicans (are) getting slaughtered by the thousands in their own country and they have the nerve to criticize us,” wrote another, seeing right through the Mexican government’s disingenuous response to the El Paso news. “If America is so bad, please go to Canada.”