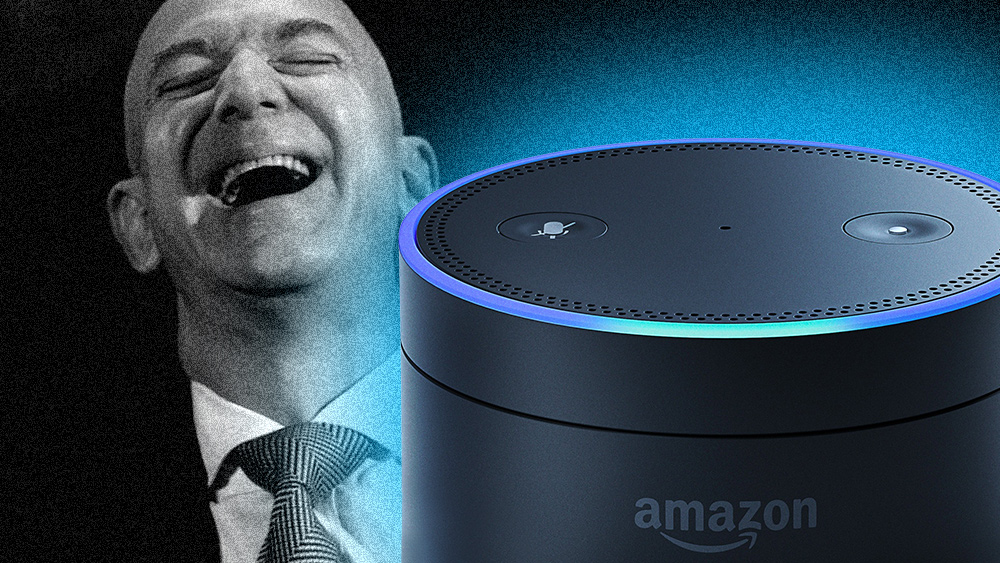 As you probably well know, Amazon has been on a censorship spree as of late, having removed all “anti-vaccine” content from its Prime service back in March. But what many people don’t know is that this multinational corporation was still selling a book written by a Hezbollah terrorist leader after this massive purge took place.

It wasn’t until Israeli media spoke out against Amazon that the Jeff Bezos-led digital empire finally pulled the book, entitled: Hezbollah: The Story from Within, from its store. But why did it take so long for the world’s most vulturous retail behemoth to stop supporting a known terrorist, even as it was busying itself with “protecting consumers” from the threat of content that in any way questions the safety and effectiveness of vaccines.

According to the Hebrew-language daily newspaper Maariv, Amazon’s continued selling of this Hezbollah book represented “a clear instance of breaking sanctions and helping to finance terrorism.” The paper went on to explain that the book was “filled with anti-Semitic statements and questioned Israel’s right to exist.”

This particular book had been available in English through Amazon for many years prior to being identified, by the way. Its existence, and the fact that Amazon was selling it, only came to light after an official from the United Nations came out during a heated debated with an Israeli official to declare that it was “necessary reading.”

Now, it’s important to point out that Natural News doesn’t necessarily support the banning of any material by Amazon, including this controversial book, on the grounds that our country honors free speech rights and the First Amendment. But if Amazon is going to ban films like Vaxxed that simply tell the other side of the story concerning vaccines, then how can it simultaneously approve of pro-terrorism material?

It’s important to also keep in mind that this is hardly the only instance of Amazon selling questionable items after removing so-called “hate speech” from its platform. As we reported back in April, Amazon continues to promote pedophilia by selling child sex dolls that adults can purchase to simulate having sex with children.

Amazon is also guilty of selling illegal pesticides that harm and kill children, even as the platform has made it a top priority to ban all sales of confederate flags because they’re “offensive.”

All of Amazon’s banning this while not banning that over the past several years just goes to show that the tech giant has absolutely no morals whatsoever, and is simply trying to pander to deranged, virtue signaling leftists who believe that forced LGBTQ child mutilation is perfectly normal, but that homeopathy is evil.

At this very moment, you can still purchase grotesque female bondage contraptions on Amazon that are marketed with racist language like “slave.” But you’ll no longer find any Confederate battle flags that were an important part of American history – history that Jeff Bezos and his cronies are quickly wiping down the memory hole as if they never even existed.

What this all means, to quote the words of Mike Adams, the Health Ranger, is that Amazon.com “is now basing product listing decisions on waves of social hysteria rather than anything resembling thoughtful policy.”

“The only rule in America now is that you have to jump on every bandwagon of idiotic social conformity in order to avoid being shamed across social media.”

For more news about the Big Tech censorship agenda, be sure to check out Censorship.news.

You can also keep up with Amazon’s efforts to please the gods of political correctness at PoliticalCorrectness.news.