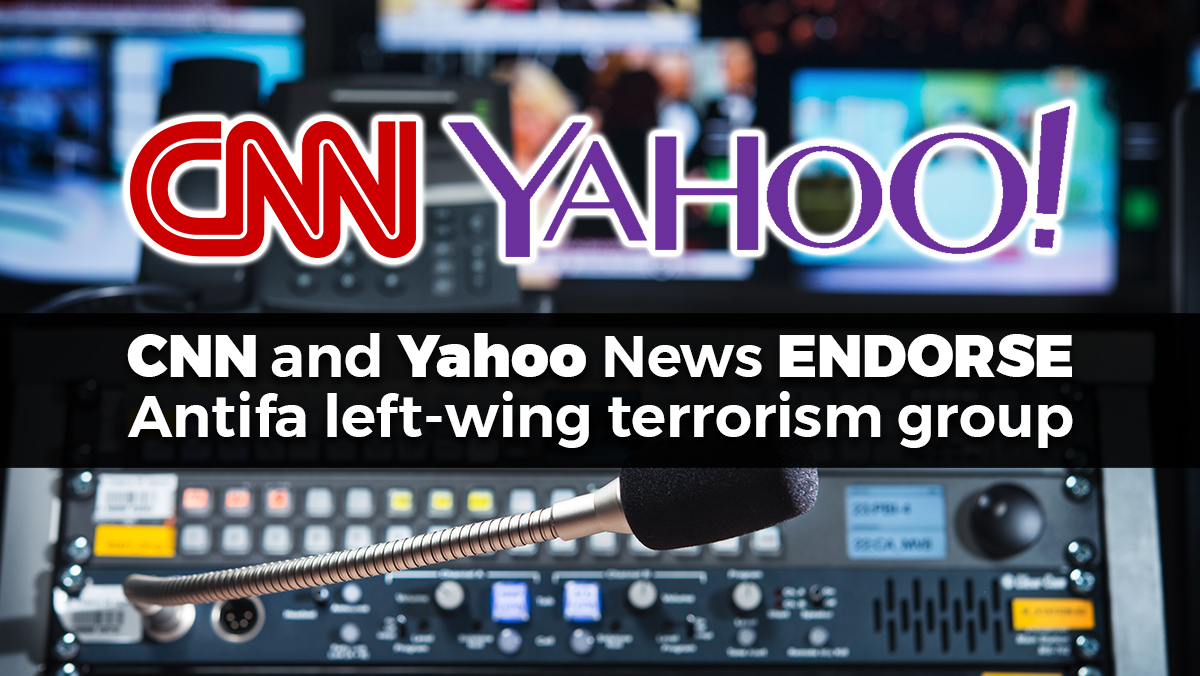 Americans who follow news and events and are honest with themselves have long known that the so-called “mainstream media” has not been ‘journalism’ for quite some time, and instead has taken on the role of serving as the Democratic Party’s propaganda division.

In fact, some have speculated that the establishment press is really the intellectual policy driver behind the Democrat Party, and that the media drives party thought, not the other way around.

Whichever version is accurate, what is true is that the mainstream media hates this president, loathes conservatives in general, and heaps praise and adulation on anyone who denigrates both. If they are blatantly anti-American too, well, that’s just icing on the cake.

So it should come as no surprise to anyone who knows what’s going on that CNN is one of the Left’s primary cheerleaders, as evidenced — again — by the way in which one of the network’s hosts covered the recent Antifa member’s attack on an ICE detention facility in Tacoma, Washington.

As noted by Zero Hedge, in recent months CNN ran a very positive piece about “Redneck Revolt,” another far-Left ‘revolutionary’ organization that supports the Second Amendment insofar as it’s necessary to arm themselves against presumed “fascists” — which is really them, but they’re too indoctrinated with hate to realize it.

During the segment, which focused on the RR chapter of Tacoma, Willem Van Spronsen, the 69-year-old domestic terrorist who just attempted to firebomb the ICE facility, was seen as one of the group’s members.

“Well, it gets worse,” notes Zero Hedge’s Tyler Durden. “Not only did CNN praise the John Brown Gun Club (the precursor to RR) in its May 5th episode of ‘United Shades of America’ with W. Kamau Bell, but the footage featured shot of Van Spronsen himself while commentary presented the group in a positive light.” (Related: Man with a rifle and “incendiary devices” attacks migrant detention center hours after a protest against ICE.)

Of course, CNN’s commentary to the segment promoted the RR chapter as “white, liberal, progressive people, inclusive, friendly to the world.”

CNN recently aired a documentary about the antifa militia whose member was killed in an ICE firebombing attack yesterday. You can see Mr van Sprossen at the 4 second time stamp in this trailer. https://t.co/3BJVp0hp4C

Now, as the controversy surrounding Van Spronsen’s attack spreads, CNN has essentially gone to ground like the rest of the propaganda mainstream media, remaining silent on the attack and most certainly on the network’s previous rosy coverage of a domestic terrorist (who, some say, may have belonged to a domestic terrorist group).

And, as noted by Fox News’ Tucker Carlson on his Monday night program, not a single 2020 Democratic presidential contender has spoken out about the attack to condemn it and the Left-wing anarchist organization to which Van Spronsen claims to have belonged.

“But why would they condemn it? They’re on board with it,” the Fox News host continued. “Just a few weeks ago The New York Times published an op-ed calling ICE agents complicit in ‘mass atrocities,’ and then called for ICE agents to have their names and home addresses publicized.”

It must be said that by likening the situation with illegal immigration by taking on the ‘cause’ of John Brown, an abolitionist who tried to incite a slave revolt by taking over a federal armory at Harper’s Ferry, Va., in 1859, Antifa, Redneck Revolt, and other Left-wing ‘revolutionaries’ are setting themselves up as modern-day defenders of morality.

But unlike the slavery issue — people who were brought specifically to the United States for the purposes of indentured servitude — illegal immigrants are violating duly-passed laws that most every nation on the planet has adopted. Borders are sovereign; sovereignty as a nation depends on borders.

So the issues are not at all the same, regardless of what these Left-wing nut jobs believe. They aren’t descendants of Jim Brown; they are imitators of Fidel Castro and Soviet Russia, both of which represent tyranny, not liberty.

Leave it to mainstream media outlets like CNN to promote their anti-American rhetoric and actions.