Uncensored and Independent Media News
Home
Health Freedom
Second Amendment
Prepping
Survival
Censorship
Subscribe
SHOP
Popular Articles
Never forget: Those who insist CO2 will destroy the world are the same people who claim men can get pregnant and give birth
05/14/2019 / By Ethan Huff / Comments
Bypass censorship by sharing this link: 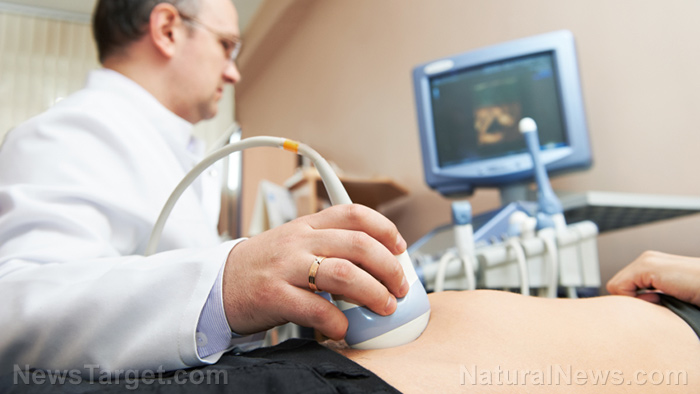 The Charlotte Observer‘s Anna Douglas can’t stop gushing about a North Carolina woman who now identifies as a “man,” and who’s also pregnant with child. Like many LGBT-allied libtards, Douglas believes that taking artificial hormones and pretending to be the opposite sex is some kind of modern miracle as opposed to a serious mental illness – just like how the Left believes that carbon dioxide (CO2) is somehow destroying the planet, as opposed to feeding plants and balancing our ecosystems.

As foretold in Romans 1, Douglas and her fellow Leftists have changed the glory of the incorruptible God into an image made like to corruptible man, and changed the truth of God into a lie. They’ve somehow convinced themselves – and are now trying to convince everybody else – that innate biological sex is just a “social construct,” and that natural gases that have existed on our planet since it was created are causing “global warming” and “climate change.”

It’s a deranged belief system based on fairy tales and myths that suit the liberal agenda, but that have absolutely no basis whatsoever in reality. But, sadly, it’s what passes for news and “progress” these days, as the social engineers behind it all seek to abolish the male-female binary and replace it with a cornucopia of LGBT perversion. These corrupters also want us all to suffer from “climate anxiety,” a form of mental illness that causes a person to have mental breakdowns over their irrational fears about CO2 causing the planet to “warm.”

Where it all ends, nobody really knows. If people these days are gullible enough to believe that a “man” can actually get pregnant and give birth, or that CO2, upon which all trees, plants, and other greenery rely in order to grow and flourish, is somehow “toxic,” then it would appear as though humanity is irretrievably doomed, and that it’s only a matter of time before this mass delusion leads to total societal breakdown.

Some, including Jonathan van Maren from Life Site News, are doing their best to wake people up to the fact that absolute truth does exist on such matters. But it would seem to be an increasingly uphill battle to bring the Leftist masses, at least, back in line with reality, rather than the fictions that exist solely within their own heads.

“Of course, it is biologically impossible for a male to become pregnant, so the media are simply assuming that you are enlightened enough to have accepted a series of increasingly unhinged premises over the past half-decade or so: that men can become female by identifying as female, and vice versa,” van Maren says.

“… you are simply expected to accept certain things without asking any questions that a decade ago would have made you sane but today make you an irredeemable bigot,” he adds. “Things such as fathers giving birth to their own children.”

It’s not so much about actually convincing people using sound logic and science that men are “women,” or that CO2 is a “pollutant” – because such a feat is literally impossible. It’s more about normalizing such concepts across a large enough segment of the population that people simply accept it due to the siren’s song of confirmation bias.

After all, who wants to be the lone, thinking student in a college lecture course bringing up the facts about our constantly-changing climate, only to be ridiculed by the majority for being a “crazy climate denier?” Or who wants to be the “bigoted transphobe” that speaks up about the fact that humans only come in male or female, and nothing else?

“The world they are seeking to usher in is one where personal autonomy has become so radical that biological reality must bend to your will, and those of us who want to shout that the emperor has no clothes must be forced to play along.”

For more news about gender insanity and climate change, be sure to check out Gender.news and ClimateScienceNews.com.