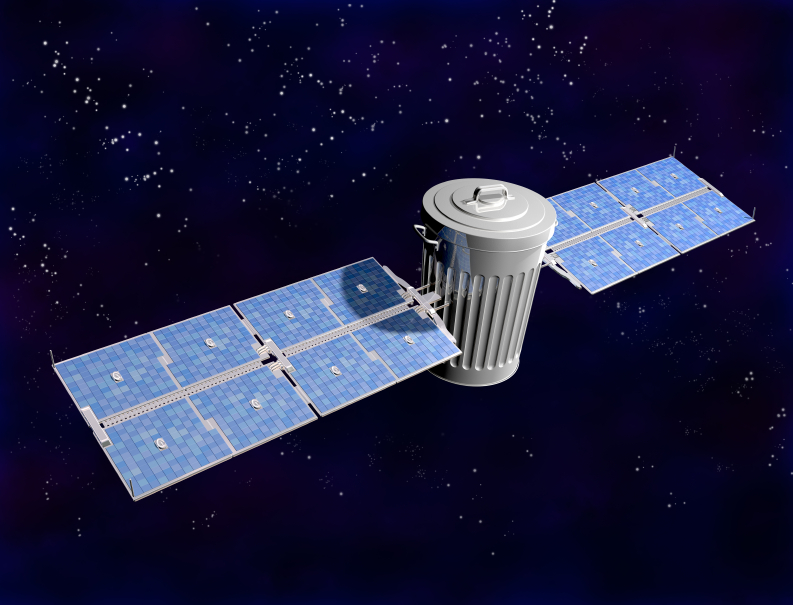 The piece of space debris called A10bMLz is just one of the uncountable “empty trash bag objects” (ETBOs) orbiting the Earth. It is a silent warning regarding the increasingly crowded and dangerously littered conditions of our planet’s orbitals.

An ETBO is a man-made object that follows an erratic pattern of movement around the Earth. It typically weighs less than 2.2 pounds but can span several feet in width. The term comes from the unpredictable way it drifts through space like an empty plastic trash bag at sea.

A10bMLz was first detected by the Asteroid Terrestrial-impact Last Alert System (ATLAS) telescope in Haleakala, Hawaii. ATLAS keeps a lookout for near-Earth objects that could potentially hit the Earth. Further observation by U.K. researchers at the Northolt Branch Observatories led to its identification and naming.

As if it wasn’t mysterious enough, A10bMLz does not follow a prograde orbit. Instead of orbiting in the same anticlockwise direction as Earth, it follows the opposite, retrograde orbit.

“It is orbiting the Earth in an unusual, retrograde orbit, at an average distance of 262,000 km,” the Northolt researchers reported. “The orbit is highly elliptical, with a perigee just 600 km above the Earth’s surface, and an apogee 1.4 times as far out as the Moon.” (Related: Rethink satellite production: Using affordable, sustainable materials can minimize space junk and address engineering problems.)

Experts believe that A10bMLz is one of roughly 170 million individual pieces of space junk orbiting Earth. Ranging from tiny flakes of heat-resistant paint to expended upper stages of launch rockets, they survived long after their missions came to an end.

A10bMLz itself was suspected to be leftover debris from a rocket launch, although Northolt researchers have no idea which launch-capable nation was to blame. They also thought it was a scrap of metallic foil or similarly light material that broke off a launch vehicle.

Along with other space debris, A10bMLz shares the same orbits as $700 billion worth of useful orbital infrastructure. They zip past functional satellites and the almost-always-manned International Space Station at speeds that could exceed 16,777 miles per hour (27,000 kilometers per hour).

If one of those high-speed fragments slammed into a satellite, they could cause severe damage to the spacecraft. A sufficiently large fragment could outright destroy the satellite. However, humans could only keep track of 22,000 pieces of space trash that threaten valuable orbital infrastructure.

Humans keep littering Earth’s orbital space, but they can’t clean up their mess

Cleaning up space debris proves to be much harder than creating the trash. Conventional grippers don’t work in space – suction cups don’t have any air available in the vacuum environment, adhesive substances won’t work in the extreme cold, and magnet-based grippers cannot engage anything made of non-magnetic materials.

Unconventional approaches to capturing space trash call for harpoons and similar gadgets. However, most of these methods often involve hitting the target rather forcefully, which could accidentally send it careening in an unpredictable direction.

Even as countries try to figure out ways to clean up space, researchers express concern about areas around the Earth that have become dangerously cluttered. Low Earth orbit, in particular, contains constellations of China’s manned space missions, the Hubble Space Telescope, the International Space Station, and constellations of navigation satellites like the Global Positioning System.

An anti-satellite missile test conducted by China in 2007 and a collision between a civilian telecommunications satellite and a Russian military satellite in 2009 made matters worse. Both incidents added numerous new occupants to Earth’s orbit alongside A10bMLz and the rest of the space junk, which increased the chances of another collision in the future.