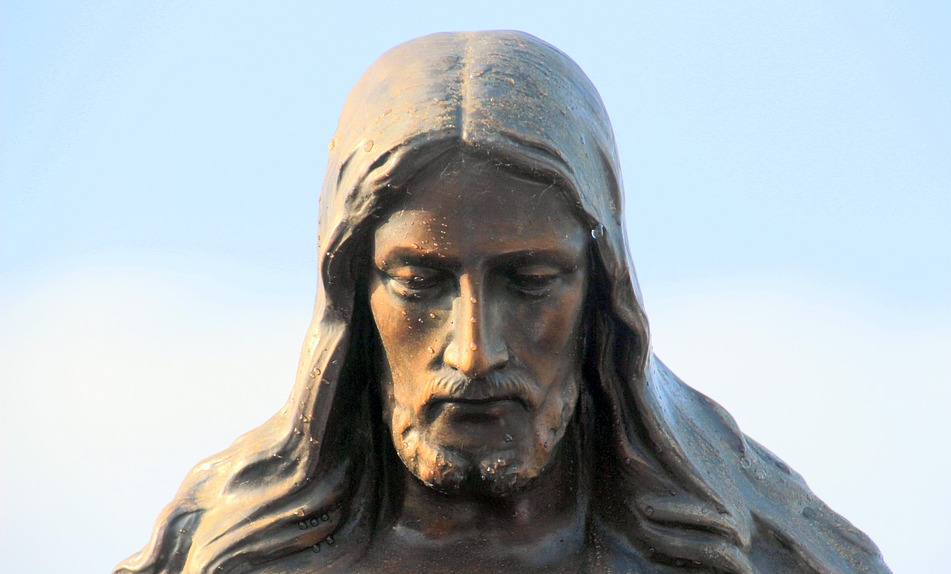 One of the core principles of Christianity is to follow the example of Jesus Christ. According to Christian teachings, Jesus Christ was more than just a teacher or prophet. He was the one and only perfect son of God, born into the world to give testimony of God’s love. Jesus Christ was not only sacrificed for the transgressions of mankind, but he ultimately rose from the dead and returned to Heaven to end the bondage of sin and to demonstrate God’s eternal love. Through Christ, Christians form a relationship with their Creator and are redeemed of their sins through His forgiveness.

During his time on Earth, Jesus Christ was neither weak nor submissive. Jesus Christ fought hard against corruption and big government, speaking out against the abuses of the Roman Empire and the hypocrisies of the religious ruling elite. Today, Christ’s resurrection is something we can have great faith in. Even as he was tortured, Christ rebelled in the most powerful way, forgiving those who lashed him, mocked him, and hung him on a Cross. Although we may suffer for speaking out about the abuses and corruption in our world today, it’s Jesus’s resurrection that is the eternal victory that awaits those who follow him. “Blessed are those who are persecuted because of righteousness, for theirs is the kingdom of heaven.” Matthew 5:1-12.

Jesus was a non-violent radical who stood for individual liberty and responsibility and denounced the torture and humiliation of innocents. In John 7:53–8:11 the scribes and the Pharisees approached Jesus with a woman who had been caught in adultery. When they asked if she should face the death penalty, Jesus replied, “Let anyone among you who is without sin be the first to throw a stone at her.” When she came to Jesus, he said mercifully her, “Now go and sin no more.” Jesus often dined with the sinner, the prostitutes and beggars and did not seek the power and influence of the Roman empire.

Jesus not only advocated for those who were wrongly accused and persecuted; but he also stood up to those in power and questioned greed and corruption. In Matthew 21:12, Jesus went into the temple courts and drove out all who were buying and selling there. He overturned the tables of the money changers and the seats of those selling doves. He declared to them, “It is written: ‘My house will be called a house of prayer.’ But you are making it ‘a den of robbers.’”

During his time on Earth, Jesus taught others how to connect with God, how to trust in his power and provision. These teachings threatened the power of the Roman Empire, which controlled many aspects of people’s lives at the time. In Matt. 12: 1-8; 15:1-9, Jesus stood up to leaders and claimed authority over the strict laws and traditions on the Sabbath.

In the end, it was the Roman deep state that ultimately descended upon Jesus in SWAT fashion, tortured and crucified him. When the Roman soldiers were descending upon he and his followers, Jesus said to one of his followers who drew his sword, “Put your sword back into its place. For all who take the sword will perish by the sword.” Like Jesus, we too can have faith in our eternal redemption. Regardless of our body’s outcome here on Earth, our obedience to God’s perfect example of love ultimately redeems us in the afterlife. Our purpose is greater than our self.

Today’s “enemies of the state” are similar to the political dissident, Jesus Christ

Today, “enemies of the state” are people who tell the truth and report abuses by corporations and government. The recent arrest of Julian Assange is a perfect example. Assange is infamous for leaking gun-sight video footage from the U.S. government. The footage was taken from two U.S. AH-64 Apache helicopters that engaged in attacks upon innocent unarmed civilians, including children. Even though Assange exposed the U.S. government’s endless wars abroad as reckless, irresponsible, immoral and responsible for thousands of civilian deaths, Assange is the one who is forced into hiding, arrested, and persecuted for telling the truth.

Both the Deep State of today and the Roman Empire of old had a widespread military presence that engaged in perpetual wars and attacked those who challenged their authority. Both empires operate in secrecy with widespread surveillance and a police presence that treats citizenry as suspects, guilty until proven innocent. Edward Snowden is another brave whistle blower who spoke out about the domestic spying programs of the U.S. government. He too is in hiding until the Deep State catches up to him and persecutes him for telling the truth.

Throughout history, brave individuals drew from the spirit of Jesus to stand up for the innocent and challenge the injustices of their age. In Nazi Germany, it was Dietrich Bonhoeffer who stood up to the humanitarian abuses. When the gulags of the Soviet Union became accepted, Aleksandr Solzhenitsyn rose up and questioned them with great strength. When racial segregation became a way of life in America, Martin Luther King Jr. stood up and spoke out.

Today those who speak out about vaccine damage to children are being censored online. Those who do not follow vaccine orders may not be allowed to send their healthy children to school. In New York City, parents who do not vaccinate their kids are being threatened with imprisonment and fines. Not only are vaccine-injured children being ignored, but the parents are being marginalized, mocked as “anti-vaxxers” and broadcast as a world health threat. Gratefully, brave souls such as Robert F. Kennedy Jr. are telling the truth about the failures and risks of vaccine science and standing up for the vaccine injured. He too is drawing from the strength of Jesus Christ to stand up to the medical police state so that many can be liberated.

In Matthew 16:24, Jesus says, “If any of you wants to be my follower, you must give up your own way, take up your cross, and follow me.” This is a choice we must all make, in whatever situation we find our selves in. Do we report abuses and stand up for the innocent? Or do we continue to participate in the maiming, the poisoning, and killing? Do we seek the influence and power that the world can bring us or do we seek strength and redemption from God?