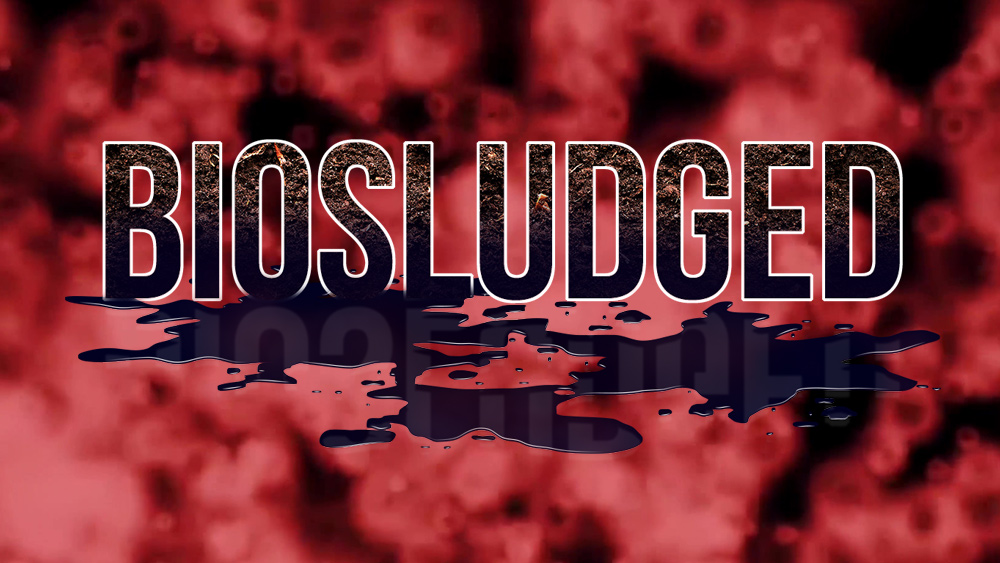 A lot of people don’t realize this, but all of the nasty byproducts – think pharmaceutical residues and chemical toxins – that get flushed down people’s toilets doesn’t necessarily get fully filtered out at the wastewater treatment plant. As a result, toilet waste in general has the potential to be weaponized by bio-terrorists who, believe it or not, could one day use our sewer systems to wage war on everyday Americans.

It’s an even more serious problem with so-called “biosolids,” also known as biosludge – the official name given to the “treated” waste matter that’s collected from wastewater treatment plants and “recycled” as “crop fertilizer.” Biosludge represents a huge bioterrorism threat, it turns out – and yet, almost nobody in any position of authority is taking it seriously.

But Texas resident and biosludge expert Craig Monk sure is. He spoke with our Brighteon Films team during an exclusive interview, during which he offered up a plausible scenario whereby bio-terrorists might try to harm the public through wastewater.

“If you consider Dallas, Texas, when it was tasked with ebola, and the way ebola works is that it causes dehydration in the victim and in the form of diarrhea and also vomiting, and you’ve got to think about where that went: it went into the sewer system,” Monk revealed during the interview, which you can watch in its entirety below.

“It went down the sewer system and ended up in biosolids,” he added.

For more news about biosludge, be sure to check out Biosludge.news.

Health Ranger has been warning about biosolids bioterrorism for years

The federal government is aware of this threat, including the U.S. Centers for Disease Control and Prevention (CDC), which Monk says “had special sessions with the sewage industry to talk about” the potential for bio-terrorists to weaponize sewage sludge.

“They were closed-door sessions,” Monk further revealed, hinting at the fact that the CDC was more than likely trying to concoct some type of plan to conceal the bioterrorism threat, rather than address it head-on.

“The same thing could be talked about with bioterrorism, where a terrorist pulls into a hotel and flushes whatever down the toilet and contaminates it, and then the sewage industry disperses it for them,” Monk added about a possible scenario in which bio-terrorists could very easily contaminate the entire biosludge “production” system.

It’s something that Mike Adams, the Health Ranger, has similarly been warning about for several years now – hence why he pioneered the Biosludged project in the first place.

Though it’s been around for many years, Adams explains, biosludge is anything but safe and effective. In fact, it creates new opportunities for bio-terrorists to wreak havoc on the public – beyond the havoc that’s already being caused by the everyday use of ordinary biosludge, which is loaded with toxic chemicals and all sorts of other pollutants.

“Everyone that I’ve talked to about this issue had never heard of it, and it is the greatest environmental crime in America,” Adams explained during a presentation about biosludge, which most Americans doesn’t even know exists.

“The EPA, and we, as a country, have inadvertently created, really, a devastating vector for bioterrorism of ourselves … Remember, everything you flush down the toilet goes into these biosolids. If you wouldn’t put it in your own garden, don’t flush it down the toilet … This is so bad that this generation of humans, we may leave behind, truly, a toxic legacy for generations to come.”

You can watch the official trailer for Biosludged at Brighteon.com.

You can also watch Biosludged in its entirety for FREE at Biosludged.com.