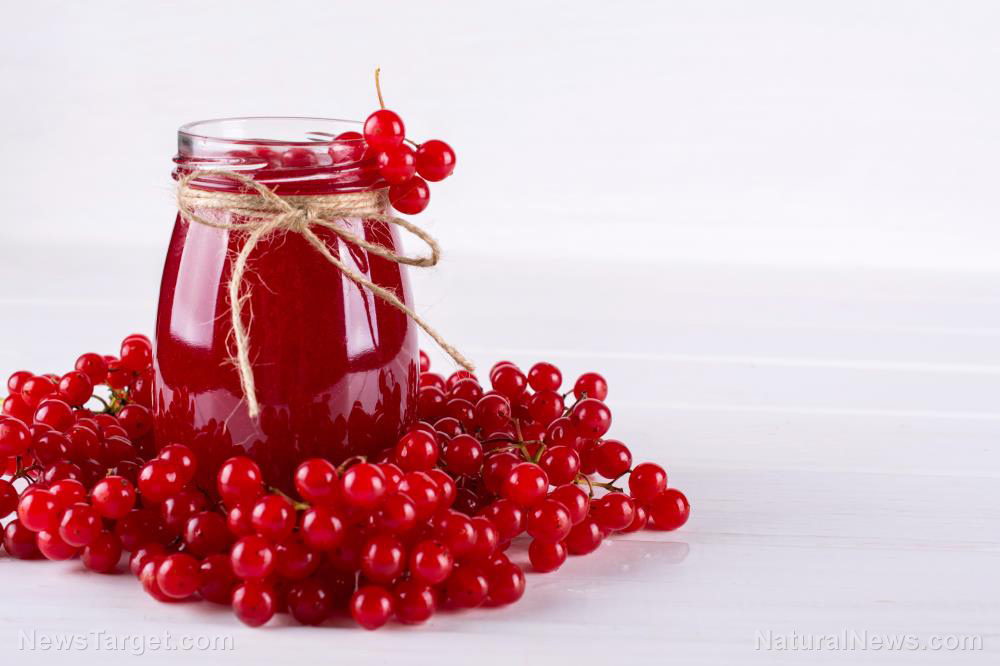 Cranberries (Vaccinium macrocarpon) are most commonly eaten during Thanksgiving. However, you should learn to enjoy these fruits all year long because they offer many health benefits. One of these is improved oral health. A new study reports that cranberries can help fight inflammation due to gingivitis. The study, which was published in the journal Nutrition Research, suggests that cranberries consumed as a functional drink can be used as a safe and natural treatment for gingivitis.

Gingivitis is the inflammation of the gums that occurs when a thin film of bacteria called plaque builds up on teeth and causes inflammation surrounding the gum tissue. If left untreated, this form of gum disease can result in a more serious infection called periodontitis. Gingivitis and periodontitis are the leading causes of tooth loss in adults.

For the study, researchers at Poznan University of Life Sciences and Poznan University of Medical Sciences in Poland looked at the effects of drinking cranberry functional beverage for eight weeks on gingival inflammation in a randomized controlled study. The Polish researchers enrolled 50 participants with gingivitis and divided them into two groups: a treatment group and a control group. Participants in the treatment group received 750 milliliters (ml) of cranberry functional beverage every day for eight weeks, while those in the control group received the 750 ml of water.

Prior to the study, all participants underwent nonsurgical periodontal therapy. Before and after the treatment, the researchers measured gingival and bleeding on probing indices of inflammation, plaque, and approximal plaque indices of dental plaque deposition, saliva and serum total antioxidant status, serum malondialdehyde level (MDA), and interleukin 1-beta level (IL-1beta). The researchers determined the risk of tooth decay through Streptococcus mutans, a strand of bacteria that contributes to the acceleration of tooth decay, and Lactobacillus spp. counts in the teeth and gums.

The results of the study showed that cranberry functional beverage significantly improved gingival and plaque indices, but not serum or saliva TAS, IL-1beta, and MDA. Consumption of cranberry functional beverage dramatically reduced inflammation and reduced plaque, helping in the treatment of gingivitis. In addition, it significantly reduced the number of S. mutans and did not cause tooth decay. (Related: Cranberries contain possible anti-caries/anti-plaque agents (press release).)

Based on these findings, the researchers conclude that drinking cranberry functional beverage reduces gingival inflammation safely without posing a risk of tooth decay.

Eating a handful of cranberries, blueberries, and other dark-colored berries may reduce the risk of tooth decay, according to a study published in the European Journal of Oral Sciences. The study found that polyphenols in these berries effectively protect the teeth against the bacterial strand S. mutans.

Researchers from Australia and the U.K. used high-quality extracts of cranberry, blueberry, and strawberry, and a combination of the three berry extracts to treat 24-hour-old S. mutans biofilms. Then, they measured the biofilms for metabolic activity, acidogenicity, biovolumes, structural organization, and bacterial viability.

The results revealed that cranberry and the combination of the three berry extracts produced the most significant reductions in metabolic activity, acid production, and bacterial/exopolysaccharide (EPS) biovolumes. In addition, the structural architecture of the cranberry- and combination-treated biofilms appeared less compact compared to control-treated biofilms. Blueberry extract caused significant reductions in metabolic activity and acid production, but only at the highest concentration tested. It also did not significantly affect bacterial biovolumes or biofilm architecture.

These results suggest that cranberry extract was the most effective extract in inhibiting the harmful effects of S. mutans. These findings indicate the cranberry phenols can be used to prevent harmful bacteria from sticking to the teeth and gums, which could help prevent tooth decay, plaque, and gum disease.

Read more news stories and studies on foods that support oral health by going to FoodIsMedicine.com.