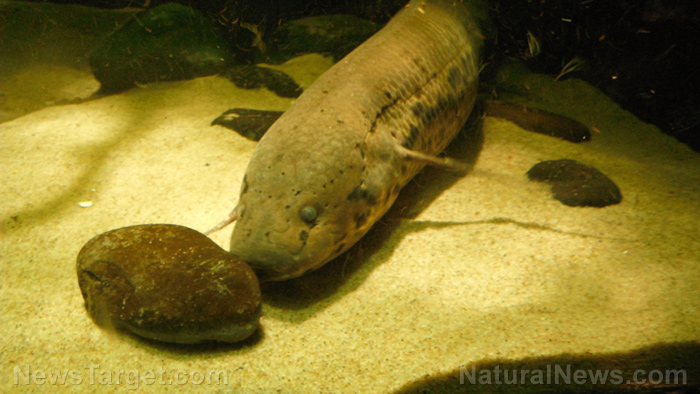 Battery technology is constantly improving, despite there being only fair coverage about it on the news. Unless you’re specifically looking for what’s new in the world of rechargeable batteries, you aren’t likely to find a lot of information. But there are many experts around the world who are currently working on improving the technology behind them.

Case in point: A team of researchers from the University of Michigan in Ann Arbor recently worked on a project that yielded an exciting new type of power source. It was inspired by none other than the electric eel, and could one day be used to power a wide range of devices, from ultra-low power gadgets that are used in hospitals, to actual robots. The possibilities right now for it are countless.

According to Thomas Schroeder, a University of Michigan engineer and a co-lead on the research, the result of their project has some pretty desirable physical features. He directly refers to it as a battery, and describes it as such: “Our artificial electric organ has a lot of characteristics that traditional batteries don’t have.” He further adds that it “isn’t potentially toxic, and it runs on potentially renewable streams of electrolyte solution.”

He is referring to the fact that their new battery takes design cues from nature’s electric eel, which is known to be capable to delivering up to 600 volts of power through electrical discharges in order to protect itself as well as to hunt prey. For the eel, this is possible through the use of organs that run along the length of its body, which contain some specialized cells called electrocytes, and these are the source of the high-powered energy volts.

The way it works is that a flow of ions is generated, and that carries an electric charge. With thousands of these electrocytes in place, all the tiny voltages produced are stacked together. This is the design that the team of researchers followed to come up with their new kind of battery.

According to a report on the research, Shroeder’s team tried to mimic the anatomy of electrocytes in electric eels, which meant that they had to come up with a way to replicate the stacked unit design that produced the power that electric eels were able to generate. To do this, they relied on four different hydrogels, which were 3D printed, and then simply stacked together to form a fully synthetic system. After testing, the researchers were able to confirm that the system worked, and that by using 2,500 of the units together, they could generate a potential difference of 110 volts. That’s around two to three times smaller than the power generated by the electric eel, but it’s a start. The researchers are now working on ways to increase the power output by decreasing the thickness of the units and lowering the resistance, which is what works for the electric eel.

As of now, the research on the new battery continues as the team looks for ways to actually make use of it. In theory, it is said that the new artificial battery can generate enough power for certain ultra-low power devices, such as pacemakers in patients that need cardiac treatment. Still, they think that there are ways to vastly improve the artificial battery’s performance, and that it only requires making the hydrogel membranes thinner in order to reduce the resistance — thereby increasing the voltage that can be generated.

According to Markus Buehler, a materials scientist and engineer from the Massachusetts Institute of Technology, the team’s design is truly impressive. He says that it is an “exciting advance that transcends conventional thinking,” and that he anticipates the deployment of the technology behind it in the near future.