As global insect population plunges toward total ecological collapse, the corporate-run media still censors the truth about GMOs and pesticides 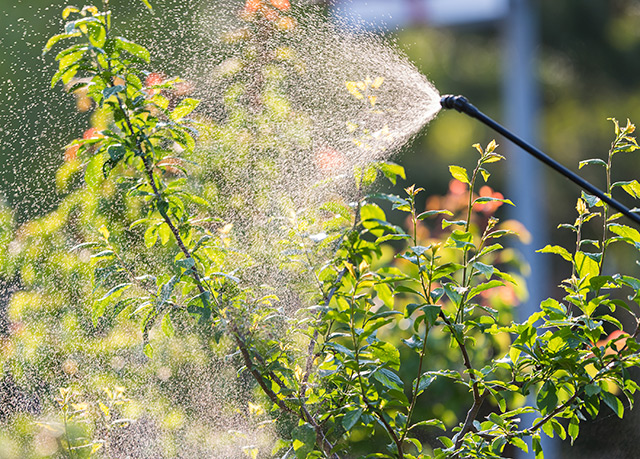 For more than a decade, Natural News has been warning the public about the dangers of the use of chemical pesticides and herbicides, and the genetic modification of plants to withstand the onslaught of such chemicals. In return, Natural News – like most members of the independent media – has been vilified, mocked and even censored by the mainstream media. Worse, even generally respected journalists have stubbornly insisted, despite mounting evidence that these chemicals have a profoundly negative effect on human and environmental health, that so-called “conventional” farming methods are totally safe.

Sadly, Big Agri has continued to sell its deadly poisons, and things have now become so bad that even some in the mainstream media have started reporting on the devastating impact these chemicals continue to have on insect populations.

As reported by the U.K.’s Guardian, for example, an alarming study published in the journal Biological Conservation recently has confirmed that the planet’s insects are “hurtling down the path to extinction,” with more than 40 percent of all insect species declining and around a third endangered. The researchers found that there are several contributing factors to these shocking statistics, with the worst culprits being habitat loss caused by intensive agriculture and the use of “agro-chemical pollutants,” i.e. synthetic pesticides and fertilizers. (Related: Even TINY traces of pesticides found to cause infertility in insects, scientists discover.)

It’s true that creepy crawlies just plain creep a lot of people out, and some of us might wonder why their health and well-being should be of any importance to us. What we might not realize, however, is that these insects are absolutely crucial to human survival because of their important role in pollinating most of the foods eaten by humans.

Bees are among the most important of such pollinators.

As part of their pollen-collecting duties, bees also pollinate at least 80 percent of the food crops we rely on for sustenance. Without bees, many of these crops would not produce fruit, which means no more food for humans. This is why it is crucial for bees to not only survive, but also to thrive, as life depends on their efficient foraging activities, which also produce important medicinal foods like honey, bee pollen, propolis, and the ultimate superfood, royal jelly.

Hanging on by a thread

Despite their huge importance to human survival, governments and regulatory agencies have continued to allow the wholescale destruction of insects through the continued use of chemical pesticides. In just one example of this destruction, over 250 billion honeybees have died because of modern agriculture techniques that involve spraying crops with toxic chemicals that destroy the soil, in turn killing off the bees that feed on the plants that grow in these soils. Left unchecked, this vicious cycle could eventually make it impossible to grow enough food to sustain life.

The research team thinks they have the solution:

A rethinking of current agricultural practices, in particular a serious reduction in pesticide usage and its substitution with more sustainable, ecologically-based practices, is urgently needed to slow or reverse current trends, allow the recovery of declining insect populations and safeguard the vital ecosystem services they provide. In addition, effective remediation technologies should be applied to clean polluted waters in both agricultural and urban environments. [Emphasis added]

With the rate at which insects are becoming extinct being eight times faster than that of reptiles, birds or mammals, and the total numbers of insects decreasing by a massive 2.5 percent per year, if the powers-that-be don’t make drastic changes quickly, experts warn that these little creatures could all be gone within a century. And where will humans be then?