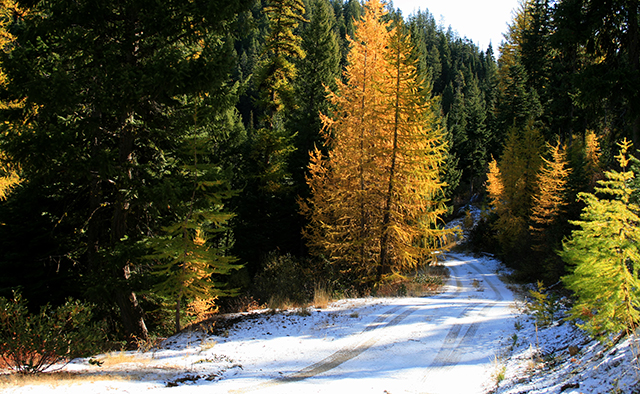 The Tamarack tree, in all its weirdness, is actually a highly-efficient tree that can be used in a variety of ways. It is no wonder why Native Americans relied heavily on this tree. Over the years, the tree’s usefulness has gained popularity especially among off-grid enthusiasts and pharmaceutical professionals alike. The Tamarack tree is native to North America, with ranges encompassing Canada and the U.S. Tamarack trees are commonly found in the northern Great Lakes region to the Northeast. The Tamarack tree is also called American larch or eastern larch. The tree’s name is believed to be of Native American origin. According to theories, the tree’s name could mean either a “snowshoe wood” or “swamp tree.”

Tamarack tree as an off-grid staple

The Tamarack tree is a versatile wood that shares ideal qualities of both softwood and hardwood trees. The Tamarack’s tree trunk is both strong and supple, making it easy to manipulate. In fact, Tamarack trees are heavily used by Native Americans in making snowshoes. The tree is also known to be a lot harder than hardwood trees. The tree has a coarse-grained texture, and can be used in the production of lumber and planks.

The Tamarack tree can also be used as sturdy poles and posts, while its pulp wood can be processed into paper. The Tamarack tree is also known to be highly-resistant to decay. This makes the tree a common choice in the shipbuilding industry. Perhaps one thing that makes the tree unique is that unlike its softwood relatives, Tamarack trees can be used as an efficient fire wood. For off-grid enthusiasts, Tamarack trees may serve as a go-to fuel source due to its moderate heat value. The tree matches red maples, and even surpassing aspens as an ideal fire wood source.

The unique tree may also serve as an emergency edible and an excellent source of resin. Survival enthusiasts may try cooking the spring leaf shoots of Tamarack trees. The dried bark of the Tamarack tree may also be ground up and made into tea. Tamarack tree is known to relieve many ailments including headache, dysentery, common colds and skin ailments. On the other hand, the tree’s resin can be chewed like gum. In addition, the resin can be used on handicrafts.

The many health benefits of the Tamarack tree

Aside from its off-grid use, Tamarack trees are also known for their medicinal value. Tamarack tree extracts are rich in polysaccharides that contain essential ingredients that helps improve the immune system, tissues, and cells. Extracts derived from Tamarack trees boost the immune system and fends off free radicals, which in turn may help keep conditions such as common colds and flu in check.

Find out more about the potential survival uses of plants at OffGrid.news.