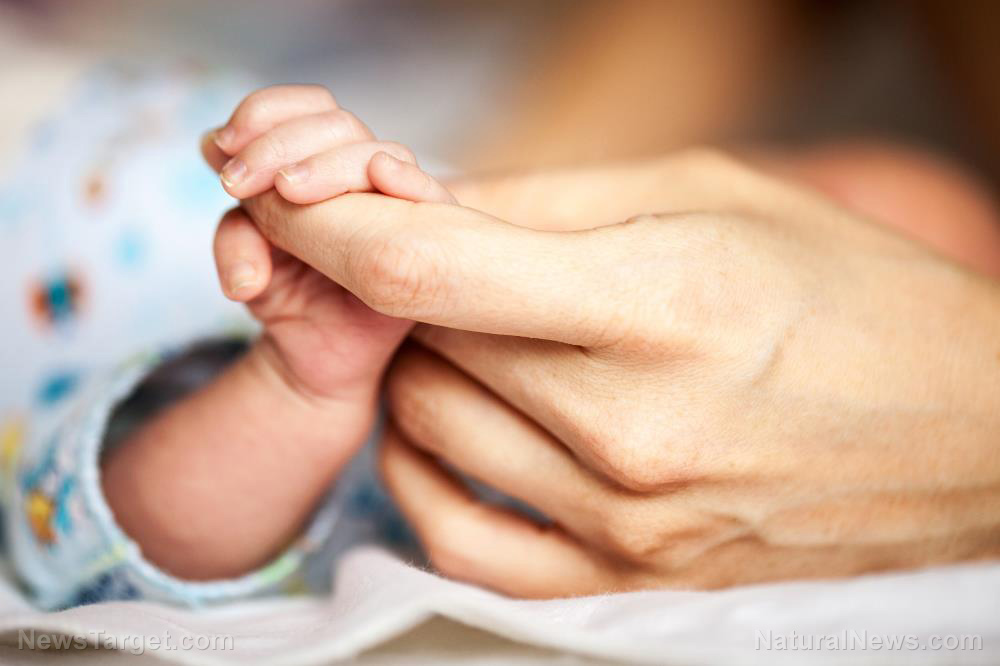 Oh the cold-blooded arrogance of New York Governor Andrew Cuomo, who ordered that the One World Trade Center’s 408-foot spire be lit up in pink to celebrate a new law that legalizes infanticide in the state. The law, titled the Reproductive Health Act, sponsors a woman’s choice to destroy the life of her child and instructs health care providers to sever the life of the baby up until birth. The radical late-term abortion law declares abortion a “fundamental right” and defines personhood at birth, which allows carte blanche murder of a child in utero up until nine months or more of gestation. New York just severed all protections and all rights for babies, as long as they are killed before they are born.

Governor Cuomo wanted this radical late term abortion law so bad — he threatened to hold up the state budget until the legislature passed it. In New York, women can now conscript health care providers to take the life of their child for “medical reasons” that aren’t really biological emergencies at all. The life of the child can be taken up until birth for “age, economic, social, and emotional factors.”

Likewise, health care providers can now pressure women to abort their child for medical reasons after 24 months gestation. If medical professionals predict complications with fetal viability, genetic defects, or developmental issues, they may pressure the mother to abort at any stage of development, even during delivery. These decisions have lasting consequences on the mental and emotional health of the family. Instead of doing everything they can to preserve life, the medical system can just give up. In many instances, strong mothers have defied medical prognosis, deciding to keep the child even when their own lives are deemed “at risk.” Many of these mothers are around today to tell their stories, with their would’ve-been aborted child, and they are so thankful that their families chose to keep them even when medical professionals wanted them to give up.

In 2016, New York recorded 82,189 abortions. Of the procedures, 1,763 were performed on babies that may have been viable outside the womb (20-24 weeks). For over a decade in the state of New York, pro-abortion activists fought for so-called “women’s rights,” which has now progressed to the legalization of infanticide. When the New York House and Senate flooded with pro-abortion democrats in the last election, the unthinkable suddenly became inevitable. The New York Senate voted 38-24 to extend the abortion procedure mandate from 24 weeks gestation to 36 weeks, full term.

At three weeks, the fetus has a heartbeat. By six weeks gestation, they show brain wave activity. From 24 to 36 weeks, a child can live outside the womb. Many preterm children are born healthy before 36 weeks. Now, for any reason at all, health care providers could be instructed to sever the child’s spinal cord, to complete the ghastly surgical removal of a dead baby. To keep up with abortion demands, the law permits non-doctors to perform the gruesome procedure. Nurse practitioners, physicians’ assistants, midwives, and other qualified health care professionals are now conscripted into the madness.

New law opens the door for more women to be abused

Because the law defines personhood as beginning at birth, anyone who abuses a pregnant woman will no longer face charges for harming the baby inside her. Protections for babies have been stripped, including provisions that protect babies that are born alive from gruesome botched abortions. Abusive partners, parents, drunk drivers, and back alley abortionists will no longer be charged with murder if they take the life of a child up until birth. Even if the mother wanted her child, no charges can be filed if a vindictive partner poisoned her with abortifacients and killed the fetus.

Because abortion is now a “fundamental right,” future legislatures cannot vote to de-fund abortion. Taxpayers have no choice and are forced to fund abortions indefinitely. The law says the state cannot “deny, regulate or restrict” abortion. This means minors are now freely encouraged to have an abortion at any moment during their pregnancy without parental consent.

Because the state now requires doctors and nurses to carry out abortions on full term babies if the mother feels her life is at risk, they can now lose their job if they refuse to perform the procedure or if they try to help the mother make a better decision. Forcing medical professionals to sever the lives of babies will take an emotional and mental toll on their conscience, putting them in a heartbreaking position. Morally-grounded health care professionals won’t have a choice and they won’t be able to speak out about this unashamed era of infanticide they are forced to take part in.