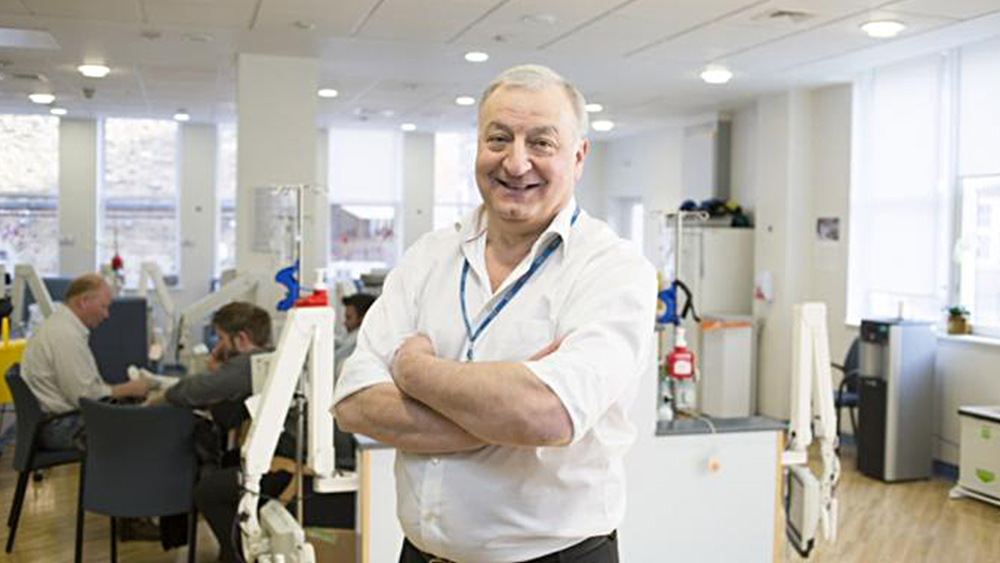 Dr. Martin Gore, a widely celebrated cancer doctor credited with “saving thousands of lives” died from “total organ failure” just minutes after receiving a vaccine shot yesterday. Dr. Gore was a professor of cancer medicine at the Institute of Cancer Research based in London. He “died suddenly yesterday after a routine inoculation for yellow fever,” reports The Times (UK).

“His death highlights the increased risks associated with the vaccine for the growing number of older travellers visiting exotic destinations,” the paper explains.

It also underscores the horrific price of believing in Big Pharma, chemotherapy and vaccines. Throughout his career, Dr. Gore oversaw the harming of tens of thousands of children who were subjected to toxic chemotherapy and radiation treatments. Ultimately, he was killed by his own false belief in the safety of vaccines, another weaponized form of toxic medicine. Live by the sword, die by the sword.

So far, the U.S. media has completely blacked out the story in yet another effort to silence any truth about the deadly dangers of vaccines. There isn’t a single establishment news outlet in the United States that has accurately reported on this vaccine-induced sudden death of a cancer doctor. In truth, vaccines kill people, yet the CDC-directed U.S. media pretends no one ever dies from vaccines in order to deliberately mislead the public, resulting in more people being killed by vaccine injuries.

Even the Royal Marsden Cancer Charity where Dr. Gore also worked withheld the truth in their own Facebook announcement about his death, saying, “It is with deep sadness that The Royal Marsden announces the sudden death of Professor Martin Gore CBE who died this morning,” utterly failing to mention he died from a vaccine jab.

BBC lies about the doctor’s death claiming, “cause of death is unknown” and eliminating the word “vaccine” from its story headline

The BBC also tried to hide the truth about this vaccine-induced fatality by eliminating any word of “vaccine” from the headline of the story announcing his death. “Royal Marsden’s leading cancer expert Martin Gore dies,” states BBC News, deliberately misleading readers because the BBC is, of course, state-run fake news.

The BBC even goes on to misleadingly claim, “The cause of his death is not known.” We wonder what Dr. Gore would think if he knew the BBC was using his death to promote more vaccines that will kill more people, all while burying the truth about the serious risks associated with vaccine shots. 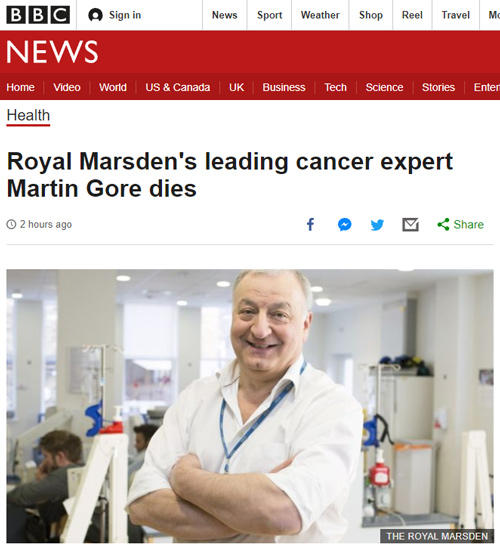 The UK Daily Mail reported the story with greater accuracy, stating, “Martin Gore, 67, passed away after suffering total organ failure shortly after having the injection, which is recommended to anyone visiting Sub-Saharan Africa, South and Central America and the Caribbean…” The Daily Mail even goes on to quote a study that documented some of the serious side effects of the Yellow Fever vaccine:

Dr. Martin Gore was part of a review team that exposed medical malpractice taking place inside The Royal Marsden

Adding to the intrigue of the story, in 2013 Dr. Gore led an investigation that exposed medical malpractice by other cancer doctors working at Royal Marsden. “A top cancer doctor has admitted mistakes were made in the care of a toddler who died after doctors failed to spot her fatal brain condition in time to save her.” reports the UK Mirror. “Professor Martin Gore, medical director of the Royal Marsden, who led an inquiry into Alice’s care at the hospital and Kingston Hospital following her death, found more than a dozen failings by medical staff.”

The Royal Marsden is the same hospital that sought to destroy the career of a renowned cancer surgeon named Joseph Meirion Thomas, who blew the whistle on the medical fraud taking place at the hospital. As Natural News reported on August 29, 2015:

A vicious hate campaign has been waged against an internationally renowned cancer surgeon named Joseph Meirion Thomas. At first, his superiors in the medical system tried to silence him, but now they’ve resorted to firing him.

The courageous 69-year-old surgeon has been fired from the Royal Marsden Hospital in London because he started speaking the truth about the faults of the National Health Service (NHS) in the UK while questioning the quality of care that general practitioners provide.

It raises the obvious speculative question: Was Dr. Gore deliberately murdered with a vaccine injection to silence him?

Read VaccineDeaths.com to stay informed about the deadly side effects of toxic vaccines.