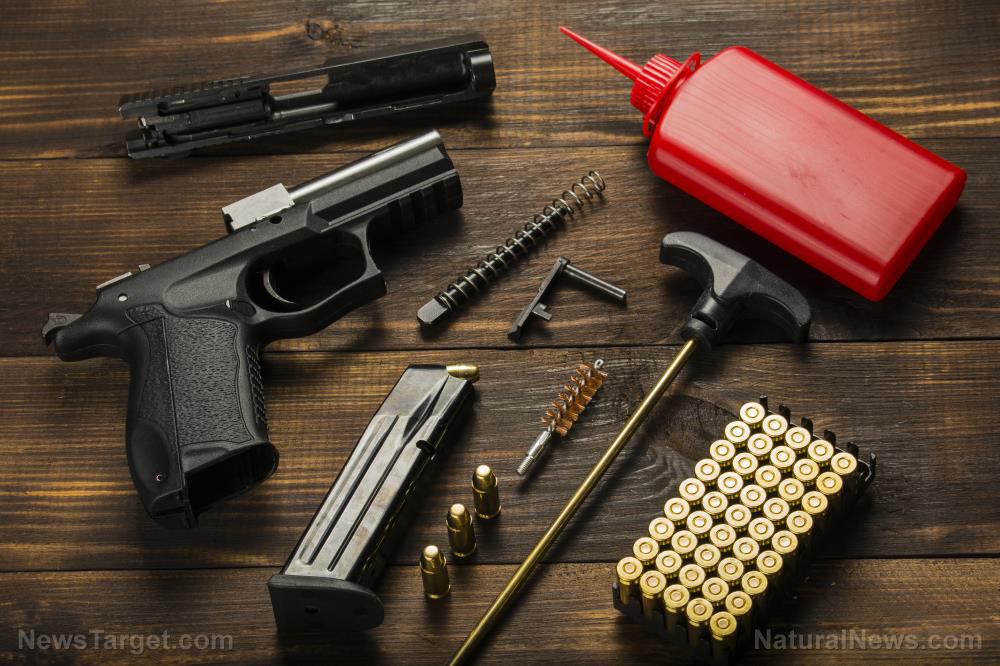 An oft-forgotten aspect of prepping is knowing the correct terminology that comes with certain topics. This is especially true of firearms. Sure, having a gun lends weight to arguments (burglars and potential criminals understand the silent language that firearms speak) but have you considered what dialect you yourself use? Firearm terminology is important not only because it raises your credibility as a prepper but also because not knowing what each term means – and their specific nuances – in an actual survival situation can get you killed.

Learning the lingo will likewise make your entrance into the firearms world a whole lot easier and more enjoyable.

These terms are often misused, all the more because movies and mainstream media incorrectly label them.

You know that boxy rectangular thing that holds cartridges and slides into the bottom of a pistol? That’s a magazine. Magazines are spring-loaded devices that hold multiple rounds. These are inserted into a firearm to feed it ammunition.

A clip, on the other hand, has no spring and does not feed shells directly into the chamber. Instead, they hold cartridges in the correct sequence for “charging” a specific firearm’s magazine. Clips make loading a magazine faster and easier.

In simplistic terms, clips feed a magazine, and magazines feed a firearm.

Rounds and cartridges are interchangeable. Their plural is ammunition.

Bullets, however, are completely different beings. Bullets are merely the projectile that exits the barrel. Specifically, it is the non-spherical chunk of lead, copper, or other material intended for use in a rifled barrel. Bullets are components of cartridges (or rounds). Rounds are complete units comprised of a primer, powder, and a bullet. When the firing pin strikes the primer, it ignites the powder, which then propels the bullet.

As a recap: ammunition goes into the gun, and the bullet is what comes out of the gun.

A chamber is the portion of the firearm that holds the cartridge.

Handguns are designed to fit into your hands quite easily. You can shoot a handgun with one or two hands. Since it is relatively small, you have more versatility in terms of the positions you can take when firing and how you can carry it on your body.

Rifles are longer and larger. They are designed to be fired from the shoulder.

It’s good to know the nuance between these two terms. Accuracy measures the shooter’s ability to consistently hit a given target; precision is how “tightly” he does it.

Let’s use these four examples to further clarify:

Lastly, one cannot talk about firearm terms without mentioning the confusion around “ARs.” In the firearms community, AR does not mean “assault rifle.” Anti-gun groups inaccurately label ARs to damage the public’s perception of firearms. AR actually stands for “ArmaLite Rifle.” ArmaLite is the company that created the AR-15 and used “AR” in the model name.

Anti-gun groups have been successful in applying the false label of “assault weapons” to AR-15s along with other civilian carbines in an effort to have these self-defense weapons banned. Remember that our own Department of Defense defines assault rifles as “selective-fire weapons that fire a cartridge intermediate in power between sub-machine gun and rifle cartridges.” The AR-15 is no such creature; it is more accurately described as a semi-automatic, non-battlefield firearm. (Related: Clueless anti-gun student marchers FAIL: They can’t even define “assault weapons”.)

Read more articles about different types of firearms and how to use them properly at Guns.news.