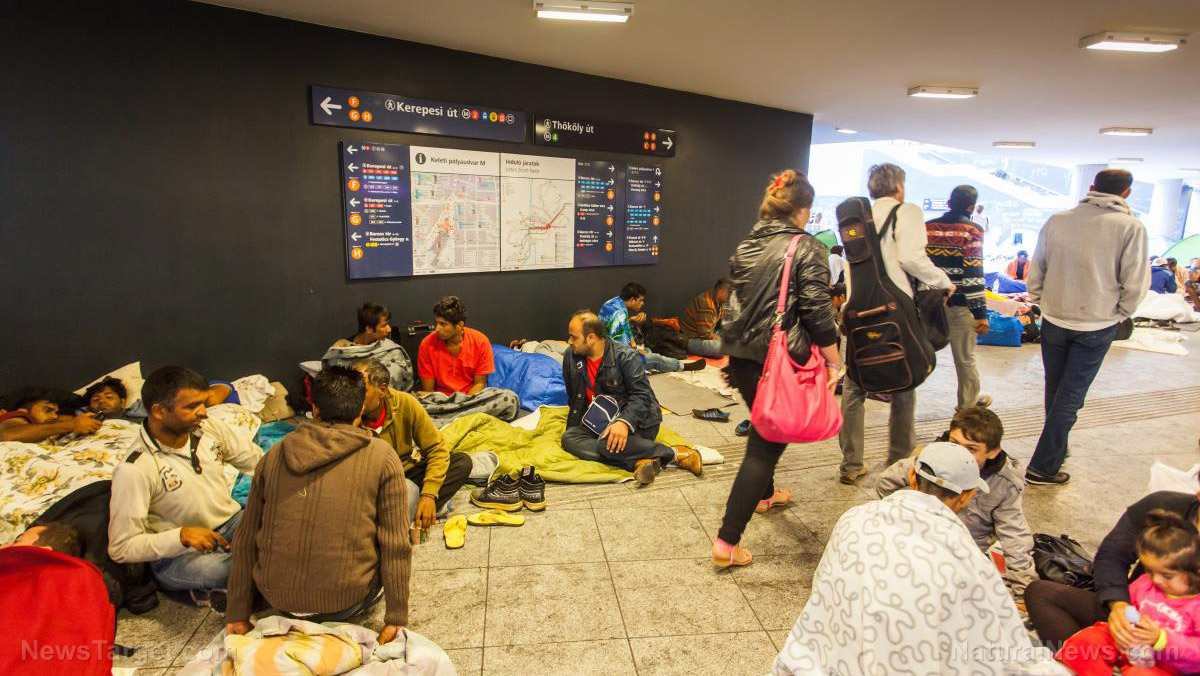 (National Sentinel) Pause: The Trump administration has capped refugee admissions for the coming year at just 30,000, a record low and a level that is infuriating open-borders Leftists.

The cap makes good on a pledge by POTUS Donald Trump to keep refugee admissions low, but immigration rights activists, all of which are aligned with open borders Democrats, are outraged and have accused the administration of not doing its ‘global duty.’

According to the Washington Times:

Secretary of State Mike Pompeo cast the level — one-third lower than the 2018 ceiling — as a needed pause while the country gains a handle on security risks and deals with some 800,000 people already in the U.S. with pending asylum cases.

“The ultimate goal is the best possible care and safety of these people in need, and our approach is designed to achieve this noble objective,” Mr. Pompeo said.

The 30,000 level is only a ceiling, and the actual number could go even lower. Indeed, this year’s cap is 45,000, but with just weeks to go before the end of the fiscal year, the government is on pace to accept less than half that number.

Critics including refugee advocates and congressional Democrats have called this year’s pace abominable and were dismayed with next year’s number. They said it’s a major retreat from the Obama era, when the State Department set a 110,000 ceiling for the final year.

Naturally, elected Democrats lied about the effects of the administration’s cap.

“Quite simply, this decision will lead to innocent people dying,” Rep. Eliot L. Engel of New York, the top Democrat on the House Foreign Affairs Committee, said, the Times reported. He described the decision as “a heartless betrayal of American values.”

He’s got it all wrong.

Flooding the country with ‘multiculturalism’ is what’s betraying American values — and what is destroying the unique nature of Americanism. And they only thing “dying” will be the Democratic Party, which depends on open borders and lots of poor migrants to fill its declining ranks.

None of this should surprise anyone. POTUS Trump ran on this pledge and he’s got a great record of keeping his campaign promises.

You can tell, however, that the Swamp isn’t used to a president who doesn’t deliver on what he says he’ll do.