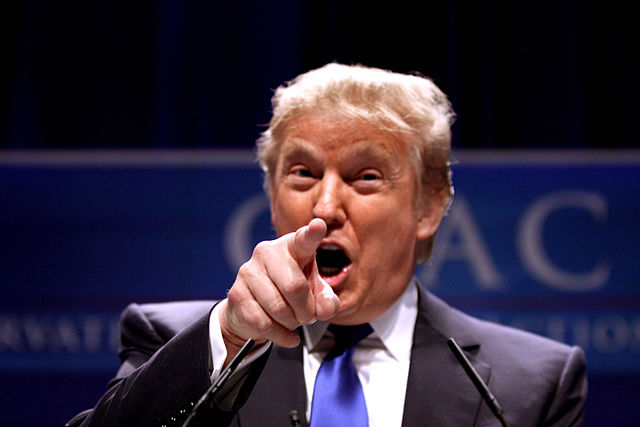 Over eight years ago when the huge JournoList scandal rocked the media world, after it was discovered that several hundred journalists, activists and some Obama administration officials were part of a ListServ group that colluded on storylines, media narratives and even discussed how to kill stories that were negative for the Obama administration, it was a big deal.

People lost their jobs, others kept them, but the story built to such a point that the JournoList founder, Ezra Klein, presently with Vox, disbanded the ListServ.

Jump forward to present day, we learned just this past June that the same year the group of nearly 400 was disbanded, another group was formed, with some of the same members, most likely doing the same thing that caused such an uproar in 2009-2010.

The news of the newly formed group was barely acknowledged, but now we see that more than 300 news papers openly and publicly colluded to all write editorials attacking president Trump over his press criticisms.

Where is the outrage over biased and liberal media outlets openly concentrating their efforts on one message, all to be printed the very same day?

If that is not an attempt to manipulate the public, what is? THE LIES THEY TELL

I haven’t bothered to read any of them because we all already know just from their openly talking about how they were colluding to spread the same message, on the same day, they were decrying how President Trump “attacks the press,” and calling them the “enemy of the people.”

That is their premise and it is the biggest lie.

President Trump hasn’t called “all” media an enemy, just those that have been caught over and over again publishing false news, always negative of the current administration or the president himself.

President Trump has often called the “Fake News” press, the enemy of the people, and polling from a variety of organizations shows a steady increase in Americans seeing the obvious liberal bias, the unprecedented number of fake, inaccurate articles that have had to be deleted, retracted, corrected and changed, over the past two years.

Harvard Harris found in May 2017 that 65 percent of Americans say the mainstream press is full of fake news. That included 53 percent of Democrats and 60 percent of Independents. 80 percent of Republicans noticed it as well.

“Much of the media is now just another part of the partisan divide in the country with Republicans not trusting the ‘mainstream’ media and Democrats seeing them as reflecting their beliefs,” said Harvard-Harris co-director Mark Penn. “Every major institution from the presidency to the courts is now seen as operating in a partisan fashion in one direction or the other.”

In June of 2018, the majority of Americans continued to see the bias and the misinformation being fed to them by the establishment media. Gallup reported that 62 percent saw bias in reporting they saw on television, in newspapers and on the radio. 44 percent labeled what was being reported by the establishment media as “inaccurate” and 39 percent called it “misinformation.”

What the media, who just got up on their high horse with their 300 simultaneous opinions editorials to declare they are not the enemy of the people, don’t understand, is one of the lesser reported finding from that poll:

The media, with their constant bias and misinformation are angering 80 to 90 percent of Americans, not against President Trump, but against the establishment media.

The media love to pretend that the loss of confidence Americans have for the media is because President Trump criticizes them, but historically they have been in a free fall since the late 1970s.

Regular readers have seen this chart, but for new readers, here the polling conducted since the 1970s through 2017: President Trump did not destroy their credibility, the establishment media did that all by themselves over the past four decades.

On Twitter the President was even more brutal, stating “THE FAKE NEWS MEDIA IS THE OPPOSITION PARTY. It is very bad for our Great Country….BUT WE ARE WINNING!”

President Trump continued by saying “There is nothing that I would want more for our Country than true FREEDOM OF THE PRESS. The fact is that the Press is FREE to write and say anything it wants, but much of what it says is FAKE NEWS, pushing a political agenda or just plain trying to hurt people. HONESTY WINS!”

If the media thinks for one second that their “woe-is-me” victimhood editorials were going to stop #MAGA supporters from heckling them at rallies, carrying signs saying “CNN SUCKS,” or calling them “Fake News,” they are wrong. This blatant collusion to attack the president is only going to make supporters create more signs, scream louder and heckle them more.

As shown by President Trump’s tweets and his comments to the press pool before the cabinet meeting, not only is he going to continue to call out the press for their hostility, attacks, biased and inaccurate reporting, but he is doubling down.

The only thing that will stop this outcome is if they started reporting fairly, accurately, stopped rushing to publish fake news just to have to change their stories, delete them, retract them or add editors notes, and that is not something the media is going to do as they cannot see it is their own actions that is causing the anger.