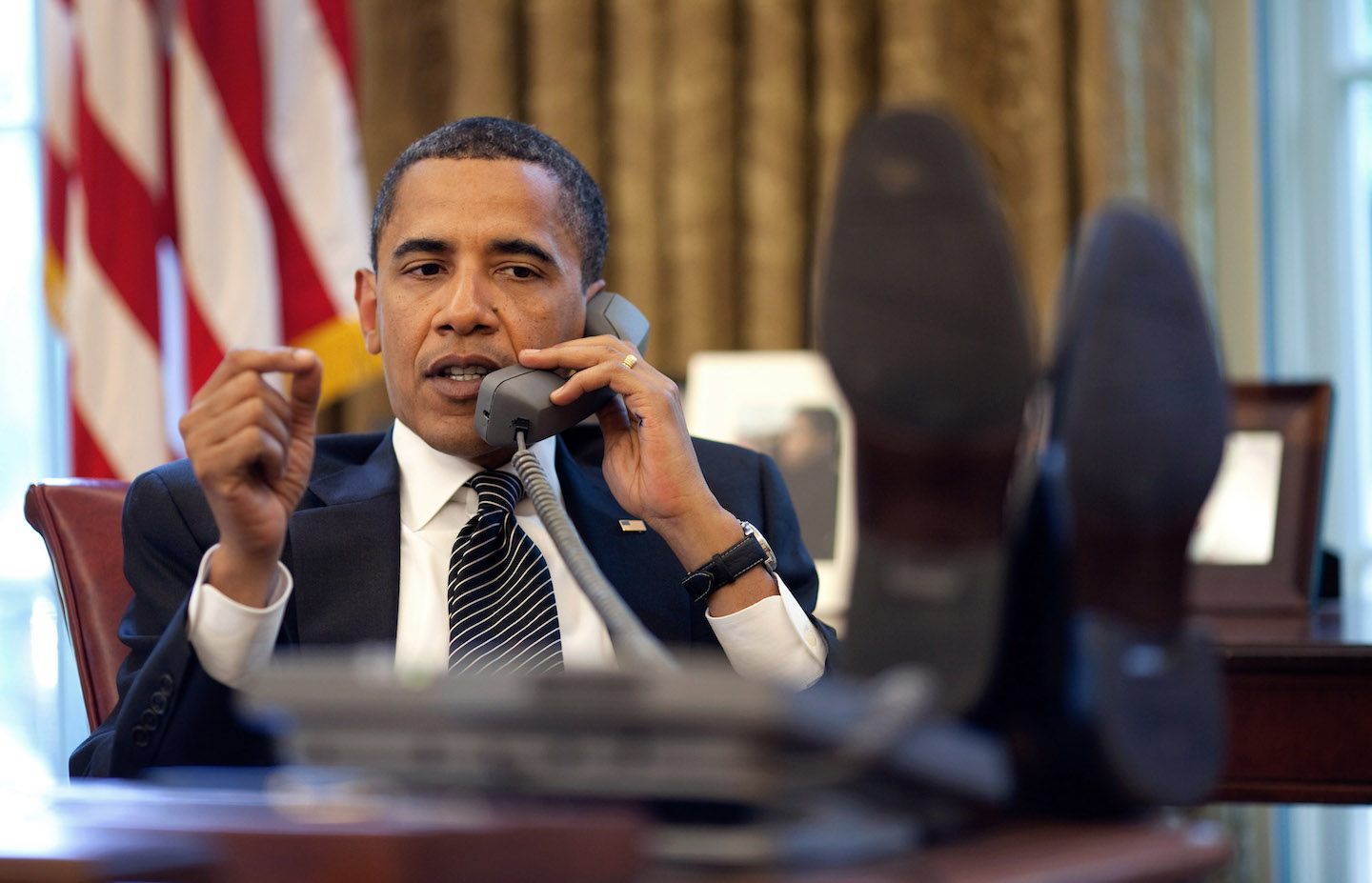 One of the defining characteristics of the Democratic Party and its propaganda division, the “mainstream” media, is their penchant for hypocrisy. In fact, one could reasonably opine that none of them have the hypocrisy gene.

That helps explain how it’s possible for the disgustingly dishonest media to whine about POTUS Donald Trump yanking former CIA director and Obama/Hillary Clinton sycophant John Brennan’s security clearance while completely ignoring the fact that Trump’s predecessor did the same thing to conservatives.

As noted by Breitbart News, the fraudulent establishment media could not have cared less when, in 2013, Obama “called for the aggressive scrubbing of security clearances.”

If you listened to most of the media jackals last week after POTUS Trump did the number on Brennan, you may have been under the impression that singular act of presidential authority spelled the beginning of the end of our beloved republic. Why, it was the act of a dictator, an authoritarian – something Hitler or Josef Stalin would have done had they been in charge.

Oh, and it harmed Brennan’s First Amendment rights, too, because we all know that POTUS Trump was really pulling Brennan’s clearance to shut him up (never mind that it didn’t).

However, when it was Obama – who used The Espionage Act of 1917 more than all presidents before him combined to go after and silence reporters– and his administration doing the clearance-scrubbing, it barely made media waves.

Far-Left Politico reported in November 2013 under this yawner of a headline, “W.H. Looks to Scrub Clearance List”:

In a directive obtained by POLITICO, Director of National Intelligence James Clapper questioned the booming rolls of security-clearance holders. At last count, more than 4.9 million people held clearances, of whom over 1.4 million were cleared for access at the “Top Secret” level.

“I write to express my concern about threats to national security resulting from the increasing number of people with eligibility for access to classified national security information, particularly Top Secret (TS) and Top Secret/Secure Compartmented Information (TS/SCI),” Clapper wrote in a three-page memo dated Oct. 31.

He then asked federal agencies employing or contracting with cleared individuals to perform a complete scrub of everyone who had classified information access and remove them if they didn’t have ‘need to know’ status. (Related: Former CIA director Brennan just called for a COUP against Trump if he exercises his authority as president.)

Brennan deserved to have clearance revoked

Clapper was also very concerned about contractor firms. “Agencies should debrief all government and contractor personnel who no longer require such access and update the appropriate national security database or repository,” he wrote.

Those who had clearances revoked obviously would be put at immediate income disadvantages, right? But where, oh where, was the moralizing media?

As for Brennan, he’s received no small amount of support from current and former spooks, most of whom have tried to depict him as a stellar public servant and all-around trustworthy guy who’s just got some ‘concerns’ about that oaf of a president we have.

Except there’s much more to this business of specifically revoking Brennan’s clearance than is being reported by most other media (especially the lazy, loser establishment media fewer Americans trust these days).

The National Sentinel reported that Dan Bongino, noted conservative author, talk host, and former Secret Service agent suspects Brennan is the one who masterminded and managed the entire “Spygate” operation that sought to prevent POTUS Trump from beating Clinton, then undermine him endlessly after he took office.

“You understand that John Brennan was the puppet master of the entire scheme to violate the civil liberties of Donald Trump and his team? John Brennan was that guy,” Bongino – author of the upcoming book, “Spygate: The Attempted Sabotage of Donald J. Trump” – told Fox News last week.

“This is a disgraceful human being who nearly destroyed the reputation of the intelligence community,” Bongino continued.

And still, the establishment media and Democrats – devoid of the hypocrisy gene – think the loss of his clearance is a nation-ending event.

Read more about the hypocritical media at NewsCartels.com.