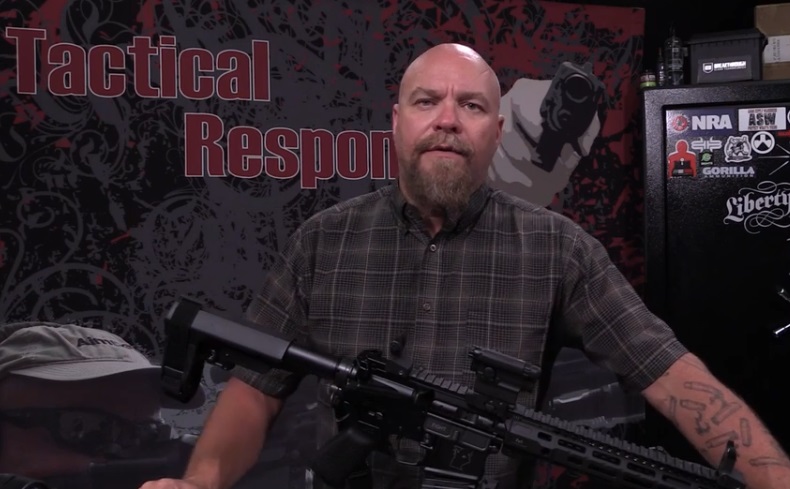 Amid the huge censorship purge of pro-2A videos by fascist tech giants like Facebook and YouTube, James Yeager, one of the best known tactical firearm video educators on the ‘net, has just joined Brighteon.com.

See his introductory video at his new channel page:

Yeager’s organization (“Tactical Response“) has helped teach literally millions of people about firearm safety, tactical deployment, self-defense and more. They hold firearms training classes all across America, and their slogan is, “We teach good people to kill bad people.” See their upcoming training schedule at this link. Yeager is widely known across the ‘net for his firearms instruction and commentary videos, and we welcome his educational videos on Brighteon.com.

I personally took several of Yeager’s classes several years ago to get up to speed on tactical firearms usage. Since then, I’ve trained with U.S. Marines, Navy SEALs and a U.S. Marine Scout Sniper, spending thousands of hours to become highly proficient in handgun combat, battle rifle engagements and long-range target shooting with bolt action rifles. I thank James Yeager for getting me off on the right foot so that I could eventually become highly proficient in all these essential areas of tactical engagements. Today, I am able to confidently defend my person, my property and even my nation (if it comes to that) with full firearms proficiency spanning multiple platforms and scenarios, including low-light shooting and vehicular defense.

Brighteon.com welcomes all pro-Second Amendment videos that promote the responsible, lawful use of firearms to stop violence and defend life and property.

Watch James Yeager’s introductory video here, and watch for an entire library of firearms and self-defense videos from James Yeager in the days ahead:
.