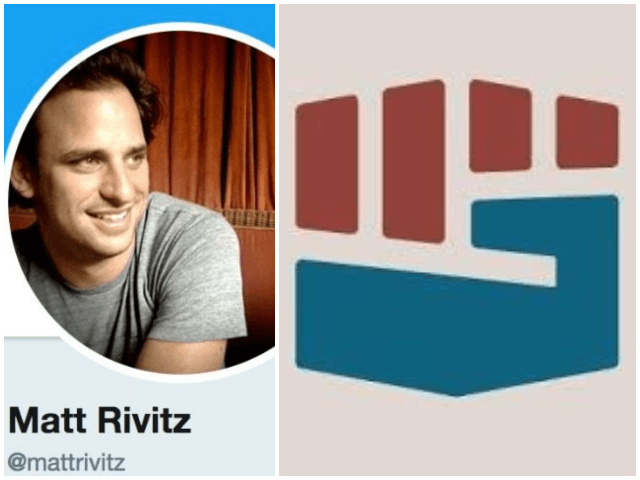 Ever heard of Matt Rivitz? Most haven’t. And given the dishonest nature of our establishment media, most Americans won’t.

But many of those who do find out who Rivitz is are going to be outraged — especially conservative, Trump-supporting Americans who are increasingly being targeted by censorship and other forms of politically weaponized social media.

As reported by Breitbart News, Rivitz — an ad executive based in San Francisco — has been outed as the founder of Sleeping Giants, the anonymous Left-wing group responsible for organizing mobs of social media users to silence conservative voices:

The group’s modus operandi is consistent throughout its campaigns: use social media in cooperation with other well-funded left-wing groups like Media Matters for America and Think Progress to urge their followers to contact advertisers en masse – expressing their outrage that companies dare advertise with conservatives – until the companies relent and pull their ads. Equally consistent is their goal in organizing these social media mobs: pressure corporate America to blacklist conservative audiences.

The organization’s first operation was aimed at driving Breitbart News off the Web, which began in 2016. Since then Sleeping Giants has expanded into threatening advertisers of leading conservative news and programming including Fox News’ prime-time powerhouse Sean Hannity and it’s former powerhouse, Bill O’Reilly.

More recently, the organization has joined with brainwashed anti-gunner David Hogg, who rose to prominence after calling for gun bans following the Marjory Stoneman Douglas school shootings (that never should have happened).

One of the drawbacks of social media — one of the many, it turns out — is that it allows for anonymity. Rivitz launched Sleeping Giants under the cloak of anonymity because he and those who worked with him were afraid of repercussions and, it turns out, some of the same abusive treatment they unleash on others. (Related: Conservative Parkland student calling for advertiser boycott of MSNBC after former correspondent attacked him.)

When social media first began — back then it included names like America Online (AOL), Compuserve, and eventually MySpace — few could have predicted that it would become as pervasive and as powerful as it has.

At first, no one really considered what the political implications for large social media platforms would be. But they’re beginning to prove they have outsized power to change what we see, what we experience, what we hear and what we think, making them far too powerful to simply be left to their own devices and schemes.

In March The National Sentinel reported that researchers found the biggest social media platforms — Facebook and Google — “absolutely do” have the ability to sway elections now because they’ve become so pervasive and important to tens of millions of Americans:

The study’s findings come as conservative publishers and media have increased complaints that both platforms are censoring their content or purposely limiting their reach.

“I can tell you we should be paranoid because what Google and Facebook can do is really mind-boggling,” said Dr. Robert Epstein, a research psychologist at the American Institute of Behavioral Research and Technology, who helped lead a study into the social, cultural, and political influence of both platforms.

He noted that a single message from Facebook founder Mark Zuckerberg to Hillary supporters on the morning of Election Day 2016 to go vote would likely have resulted in an additional 450,000 people turning out. Google’s influence is even greater, whereby it “can take a 50-50 split among undecided voters and change it into a 90-10 split with no one knowing they had been manipulated and without leaving a paper trail.”

The political weaponization of social media is completely owned by the extreme Left. Unless or until Congress demands transparency or enacts anti-trust regulations preventing such manipulation (and censorship) like Rivitz once did, the social media “gods” will continue to operate from the shadows to thwart the will of the people.

Read more about the targeting of conservative politics at Conservative.news.