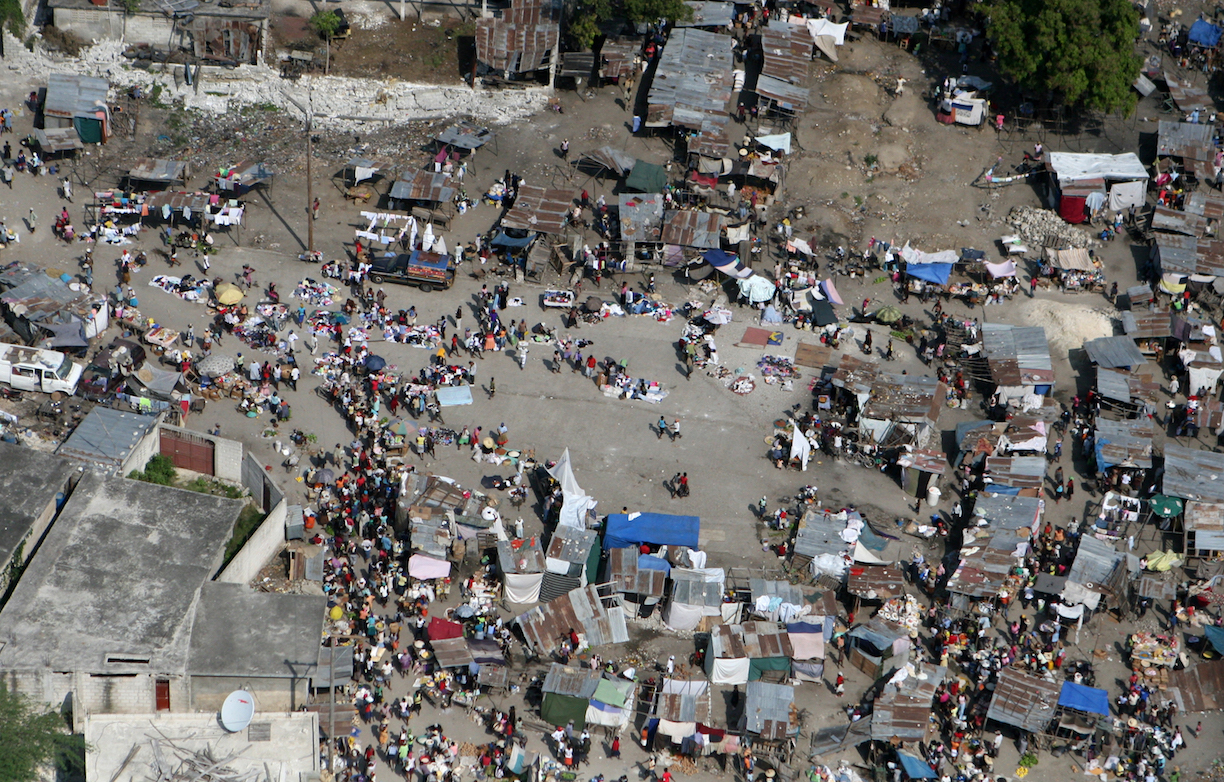 The U.S. Embassy on Sunday warned Americans in Haiti to “shelter in place” as angry mobs of demonstrators set fires, torched buildings and otherwise created mayhem in a country liberals recently hailed as a “paradise” following reports that President Donald Trump referred to the country as a “s**thole.”

“Do not travel to the airport unless you confirmed your flight is departing,” the embassy, which is located in the capital of Port-au-Prince, warned, via the State Department. “Flights are canceled today [Sunday] and the airport has limited food and water.”

In addition, warned the Dept., “Telecommunications services, including Internet and phone lines, have been affected throughout Haiti. It may be difficult to reach people through normal communication methods.”

The department also expressed “deepest condolences” to any Americans who were affected or impacted by the violence, Fox News reported.

“We are closely monitoring the situation and remain in close contact with Haitian authorities to verify the welfare and whereabouts of U.S. citizens in the area,” the State Department travel advisory noted.

At the time of the report, three people at least had been killed including two protesters shot by police. A security guard was among the dead, having been beaten to death by demonstrators after attempting to break up a crowd by firing a gun into the air.

A hotel targeted by demonstrators in Port-au-Prince had an estimated 120 Americans staying there. Protesters tried to get past security and set the hotel on fire. In addition to those Americans, youth groups and missionaries from several U.S. churches are also stranded in the Caribbean ‘paradise’ so loved by Hollywood liberals and others who sought to attack Trump over his alleged comments.

On Sunday, a source on the ground in Haiti told Fox News that the explosive situation was getting out of hand as more major demonstrations were being planned for a wealthy enclave known as Pétion-Ville.

“Government vehicles are moving to high ground, we have been told to initiate lockdown measures immediately,” said the source. “We have to see what develops.” (Related: Food security collapses in Haiti as machete-wielding gangs fight in the streets.)

Wow. What’s going on in Haiti now, with American citizens coming under direct threat, sounds a lot different from what celebrities and other TV personalities were saying about the place in response to Trump.

“Let me be clear, the people of Haiti have been through more, withstood more, fought back against more injustice than our President ever has,” angry CNN host Anderson Cooper tweeted.

"Let me be clear tonight. The people of Haiti have been through more… withstood more — they've fought back against more injustice than our President ever has." Anderson Cooper choked back tears as he reflected on the devastating quake nearly 8 years ago https://t.co/Yuh5xe3P8Q

“I am mortified that our brothers and sisters in Haiti & Africa have hear [sic] the blathering of the idiotic president,” tweeted actress Patricia Arquette.

I am mortified that our brothers and sisters in Haiti & Africa have hear the blathering of the idiotic 🇺🇸 President.

Chelsea Clinton, whose parents ripped off the Haitian people in the last decade after a devastating earthquake, also lit into President Trump: “Mr. President, immigrants from El Salvador, Haiti and the 54 countries in Africa likely helped build your buildings. They’ve certainly helped build our country.”

Little of the money raised through the Clinton Foundation specifically for Haitian earthquake relief actually made it to the neediest Haitians. The rip-off was so complete that in 2015, a group of Haitians gathered outside the offices of the Clinton Foundation in New York City to protest carrying signs with questions like, “Clinton, where’s the money?” and “In whose pocket?”

Actor Ben Stiller tweeted, “A shithole. Wishing all those affected by the earthquake, the last hurricane and everything else they have had to deal with all the best from our country.”

So much virtue-signaling, but did any of these people do much to actually help the Haitian people? No, they didn’t.

Late-night host Conan O’Brien went; he did a post-Trump comment special from Haiti, and hat’s off to him for going. But you know who made a habit of helping the people of Haiti?