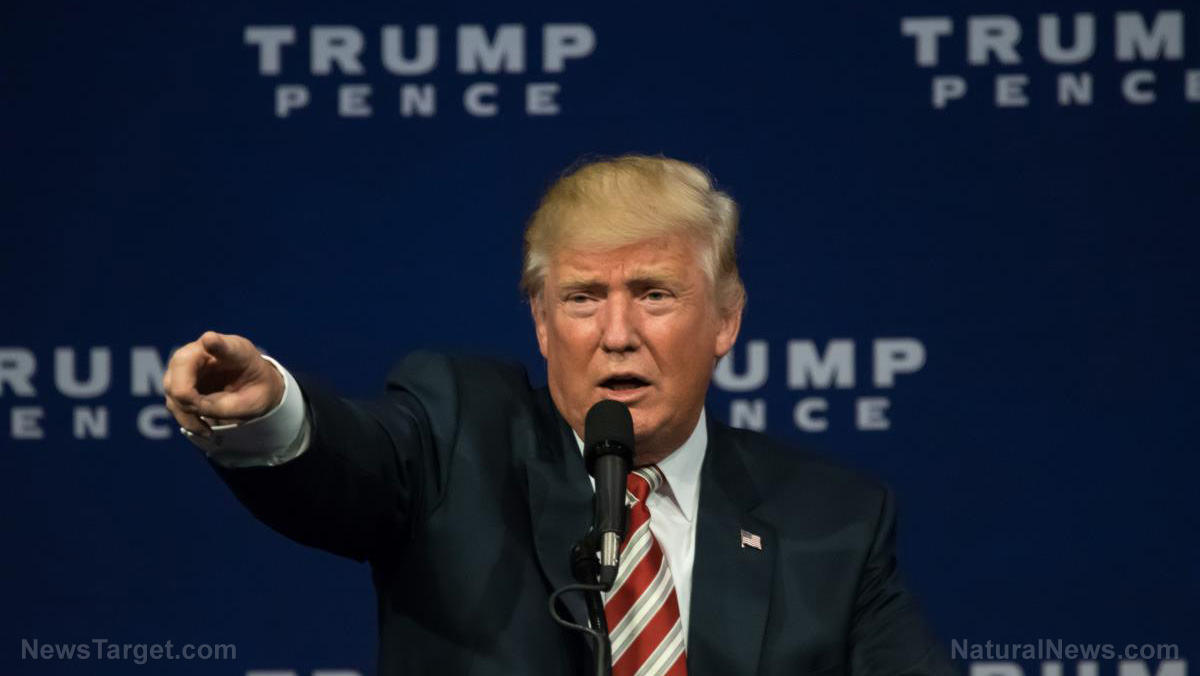 The media insanity surrounding the fabricated “migrant child crisis” is hitting new heights by the day, with so much factually incorrect information being put out it’s hard to keep up with all of it.

In defending his “zero tolerance” policy earlier this week — in which everyone caught and arrested for trying to enter the U.S. illegally is slated for prosecution — President Donald Trump blamed Democrats for failing to help him enact better immigration laws that would prevent things like having children separated from parents who’ve been arrested.

But Trump also set the record straight: The vast majority of adult migrant lawbreakers caught at the border with children in tow are not those kids’ parents.

“Democrats are the problem. They don’t care about crime and want illegal immigrants, no matter how bad they may be, to pour into and infest our Country, like MS-13. They can’t win on their terrible policies, so they view them as potential voters!” Trump said in one tweet.

Democrats are the problem. They don’t care about crime and want illegal immigrants, no matter how bad they may be, to pour into and infest our Country, like MS-13. They can’t win on their terrible policies, so they view them as potential voters!

Later in the week, Trump signed an executive order that essentially reaffirmed current law regarding separation policies that were followed by the administrations of George W. Bush and Barack Obama — while keeping in place the zero-tolerance policy of arresting and prosecuting lawbreakers. It’s the only way to send the message that the old “catch-and-release” policy is a thing of the past.

Clearly migrant adults are gaming our system. As The National Sentinel reported, there has been a three-fold increase in the number of illegal aliens attempting to use children in order to apply for asylum.

In recent days conservative commentator and author Ann Coulter advised Trump not to “fall for the actor children” at the border. She cited a New Yorker article describing children who have been given scripts and were coached to make situations appear worse. (Related: Democrats never cared about immigration detention centers while Obama was President… suddenly it’s a “manufactured crisis” for political gain.)

“I would also say one other thing, these child actors weeping and crying on all the other networks 24/7 right now: do not fall for it, Mr. President. I get very nervous about the president getting his news from TV,” she said.

“A New Yorker article … not a conservative publication, they describe how these kids, these kids are being coached. They’re given scripts to read by liberals, according to the New Yorker. Don’t fall for the actor children,” she added.

Breitbart News reported that the number of illegal crossers using children as props has increased more than 300 percent since last year.

The news site noted that, due to several legal loopholes, minors are smuggled through the southwestern border posing as members of a single family unit so they can be ‘caught’ and then released into the interior. Most of the adult migrants released in this manner never show up to immigration court for their hearing — which can be two years or more later.

Despite the fact that he’s been widely criticized by Left-wing media hacks, entertainment types, and Democrats, Trump has doubled down on his policies. He vowed this week the U.S. won’t become a massive “migrant camp” on his watch.

A new survey from Rasmussen found that by far the American people support his policies. Fifty-four percent said they believe that migrant parents themselves are responsible for breaking our immigration laws, not POTUS Trump, while just 35 percent are blaming the U.S. government. And 54 percent said they also don’t want the U.S. to become a “migrant camp.”

Once more Trump’s instincts on an issue are spot-on.

Read more about the invasion of our southern border at InvasionUSA.news.