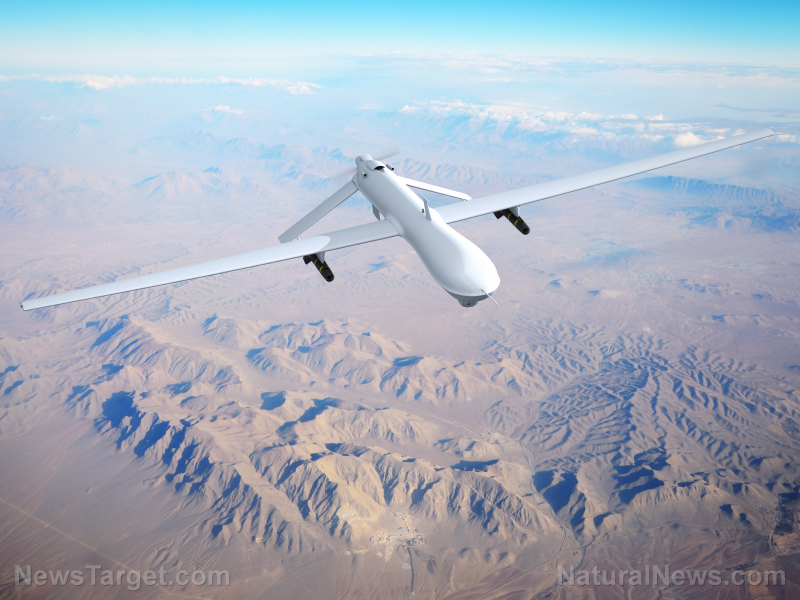 The U.K. military is working on a new drone that is completely powered by solar energy. A Daily Star article reported that the new electric aircraft recharges its batteries during the day so it can keep flying at night, allowing it to fly nonstop for an entire year before finally landing for maintenance.

The PHASA-35 unmanned aerial vehicle (UAV) will be developed by BAE Systems, a major U.K. defense company, and its partner company Prismatic. Its mission is to deliver important communications to isolated locations.

Capable of flying at twice the altitude of a civilian jetliner, PHASA-35 will reportedly advance beyond-line-of-sight communications for the U.K. military. The first drone is expected to start flight tests in 2019.

New U.K. drone can keep flying for a whole year on solar power

During the joint announcement, BAE engineers explained that High Altitude Low Energy (HALE) aircraft like PHASA-35 are an affordable alternative to satellite technology. A single satellite can cost hundreds of millions of dollars, it has to be boosted into space using an even more expensive rocket, and it requires significant control facilities on the ground.

In comparison, a HALE aircraft is much easier and more affordable in terms of development and deployment costs. They will be able to fulfill the same missions with fairly similar effectiveness.

PHASA is an acronym for Persistent High Altitude Solar Aircraft, while the -35 denotes its wingspan in meters. It features lithium-ion batteries and some of the lightest solar cells on the planet. The combination of renewable energy and long-lasting power storage will allow the PHASA-35 to stay airborne for as long as 12 months.

Prismatic engineers said the new drone will not be limited to military usage. It could also pull security duty for important facilities, survey large swaths of terrain, and take snapshots of the environment for scientific research.

For an aircraft with a wingspan longer than the distance between baseball bases, PHASA-35 tips the scales at just 330 pounds (150 kilograms). The combination of long wings and light weight will allow it to stay aloft at altitudes ranging from 55,000 feet to 70,000 feet for months on end.

BAE and Prismatic have tested the concept by building a small-scale model that measures 25 percent of the final vehicle. The model completed its maiden flight in 2017, proving the viability of the technology.

The two companies are now working on a full-scale version. As per their official agreement in May 2018, Prismatic and BAE will build an initial batch of two units. Prismatic will also operate the drones during testing.

Development and flight testing of the PHASA-35 falls under the purview of BAE. The defense company designed the Eurofighter Typhoon and other advanced aircraft, and this expertise in aerospace technology will be extended to the new drone.

BAE officials like Michael Christie, the Strategy Director of the company’s Air sector, said that the final product will be a “marketable” solar-powered HALE unmanned aerial vehicle.

“Prismatic is a fast-paced and forward-thinking company and PHASA-35 is a great example of what the team can achieve in a short space of time,” Hale said during the announcement. “We were keen to invest in the programme as part of our long-term strategy to explore new technologies and solutions in air and space.”

Keep an eye on the latest developments in drone technology at NationalSecurity.news.