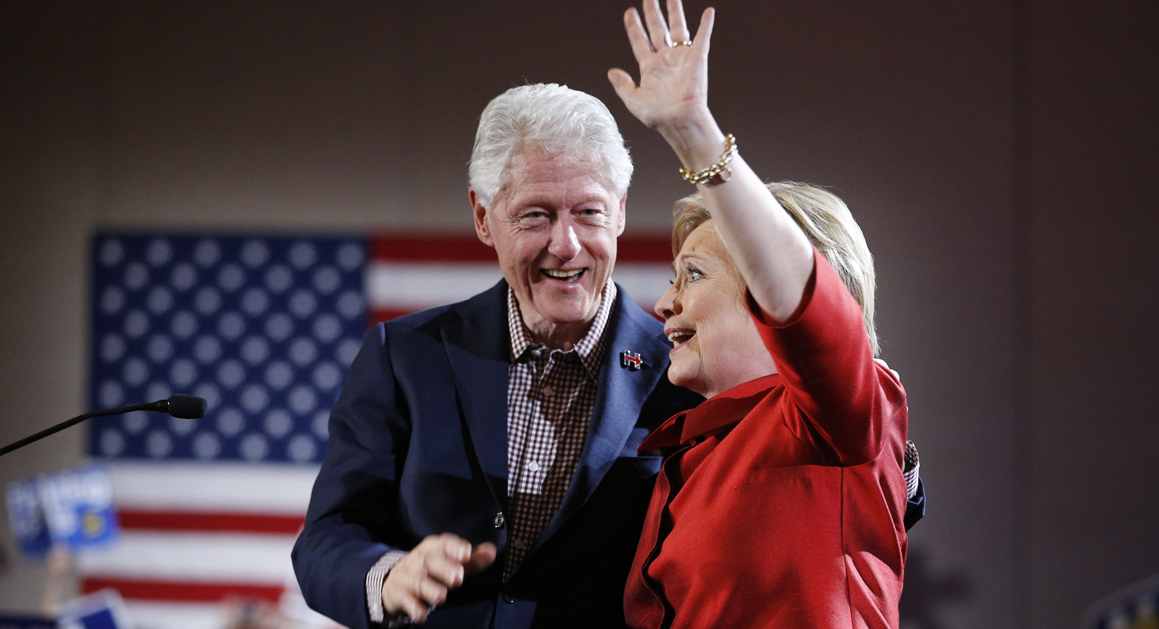 NBC News‘ Craig Melvin recently interviewed former president and alleged rapist Bill Clinton on his show, during which he asked the husband of failed presidential candidate Hillary Clinton how he would have dealt with the Monica Lewinsky affair had the “#MeToo” phenomenon been taking place back then. But at no point during the interview did Melvin make any mention of the countless other sexual assault and rape allegations that have been levied against Clinton over the years, which greatly upset one of these alleged victims.

Juanita Broaddrick, who appeared alongside then-candidate Donald Trump just prior to the second presidential debate, says that the NBC News interview “sickened” her because Melvin completely let Clinton off the hook for allegedly raping her. Broaddrick says that it was the “perfect opportunity” for NBC News to hear what Clinton had to say on the matter directly, but that this opportunity was missed in favor of pandering to the alleged rapist.

“I can’t believe there is not a reporter out there” brave enough to ask these questions, Broaddrick told Breitbart News during a recent interview of her own. “I mean, this person had a perfect opportunity today to ask Bill Clinton about the allegations of sexual assault and rape. Why doesn’t NBC have me on to discuss the rape? Of course, they are the same network that held my 1999 interview until after the impeachment hearing.”

There are also many others besides Broaddrick who’ve made similar claims that Clinton raped them, including Paula Jones, Kathleen Willey, and former reporter Leslie Millwee. But none of these women have been given the chance to have their voices, or their stories, heard by the mainstream public. Instead, the mainstream media has sheltered the Clintons from any form of honest scrutiny, allowing their version of events to stand as truth.

“You know, his interview took away so much from the real victims over the years,” Broaddrick added. “The victims against which he perpetrated the sexual assault and harassment and of course raping me.”

Bill Clinton says all of his accusers and critics are “omitting facts,” deflects to blaming Trump instead

In typical Clinton form, ol’ Billy made sure to deflect from the ongoing issue of his unaddressed rapes during the interview, essentially calling his critics and accusers liars. He stated, without really being asked, that those who have negative things to say about him are “omitting facts,” and that the real problem is President Trump, of course.

“A lot of the facts have been omitted to make the story work,” Clinton stated. “I think partly because they’re frustrated that they got all these serious allegations against the current occupant of the Oval Office and his voters don’t seem to care.”

Broaddrick is insistent, however, that Clinton violently raped her in a hotel room back in 1978. She says she did not consent to be sexually assaulted, obviously, but that the former president, who was impeached for his salacious affair with Lewinsky, has been protected from ever being held accountable for taking advantage of multiple women without their consent.

“I’m not concerned with his consensual sex,” Broaddrick was sure to make clear during her interview with Breitbart News. “I care about him being brought to justice for the crimes he committed against me and the others. That’s what I care about.”

If NBC News really cared about addressing the ongoing problem of sexual abuse that triggered the #MeToo movement in the first place, in other words, then it wouldn’t have “failed,” to borrow the adjective used by Broaddrick, to bring these allegations up to Bill Clinton in order to get his side of the story from his own lips.